The Root of Evil

Last week when I shared the post about ginseng, J. Wayne Fears sent me an email. Here’s a portion of it:

“Tipper, I really enjoyed your interview with your brother since I grew up digging sang also. My dad was a trapper and sang digger so I came by it naturally. There was only one incidence of drama in all my years of sang digging and I wrote the attached little story about it.”

Once J. Wayne shared the story with me, I asked if I could share it with you and he graciously said yes.

THE ROOT OF EVIL written by J. Wayne Fears

The word was out, all up and down the valley, Walt Hulsey, the nice little man who drove the rolling store every Thursday through the valley, would be coming to Miller’s store each Saturday during the month of October to buy ginseng roots, called “sang” by most rural people. The dried mature root of the wild ginseng plant brought several dollars a pound and many of the families living around Tater Knob went into remote areas of the mountains each fall, places kept secret, and dug the precious root. It was one of their cash crops. Walt Hulsey was just one of the many buyers of wild ginseng roots but since he was liked and trusted by the farming families in Hurricane Valley, he was the one to whom most sold their “sang”.

After a long hot summer, we kids were back in that hot four room school when the word hit that this year Mr. Hulsey was paying $16.00 a pound or $1.00 per ounce for dried ginseng roots. That was a lot of money in that day and it was big news!

During recess Chipmunk, Jenny, Punky and I sat sweating in the shade of a big elm tree talking about how much money we could make if we knew where an unclaimed ginseng patch was located. All our dads dug “sang” but the location of a “sang” patch was more carefully guarded than the location of the neighbors moonshine still. Unsavory strangers, outsiders, were known to roam the woods every fall looking for “sang” patches. Once found, they would dig up all of the roots, gather the seed and leave the patch bare when they left. To the contrary, our folks took care of the secret patches and planted seeds each year and carefully dug only mature plants. It was an investment in the future.

Jenny suggested that we become explorers the following Saturday and meet at first light at the base of Tater Knob at the old wagon road. She suggested we hike up the old wagon road to a place called The Divide and there split up into two teams and search the north side of The Divide until we find a patch. This was a cool part of the mountain top and it was forested in mature hardwoods creating an ideal forest floor for “sang” to grow. Plus no one “hardly ever” roamed up there.

We agreed to form a company, the Tater Knob Expedition Co. and we would be partners in digging, cleaning, drying and selling the roots we dug. We would split the earnings equally. We reckoned that with a few successful Saturdays, we could all make enough to buy new shoes, which we all needed, perhaps an entire “brick” of .22 ammo and a new jackknife for each of us. This was exciting!

By good sunup that following Saturday morning, we had hiked up to The Divide. We had our old WWII army gas mask bags on our shoulders packed with our digging tools and a cathead biscuit and sausage lunch. As we walked, we agreed to be quiet and use stealth in our search. If we found “sang” patches we didn’t want anybody knowing it. At The Divide, we split up into two teams, Jenny and Punky went one direction and Chipmunk and I went the other. Our plan called for us to meet at Soapstone Spring at noon to report our findings and to go to work if we found any patches.

Chipmunk and I covered a lot of ground and found a small patch of golden seal but no “sang”. We went back to the top of The Divide and took the old wagon road back north towards the spring. We hadn’t taken but a few steps when a large timber rattler started rattling on the side of the old leaf-filled road. Since we knew a preacher that bought rattlesnakes we set about catching the serpent and put him in a flour sack that Chipmunk had his lunch packed in. I tied the sack tightly around the snake to keep him from moving and placed it in my gas mask bag. The snake calmed down and all was well.

When we got to the spring Jenny and Punky were already there. I could tell something was up before they spoke. With excitement in her voice Jenny started talking. “We found a good patch way down on the side of the mountain growing on a bench that is like a cliff on the downhill side,” she told us. “It has a lot of mature plants in it and nobody has ever dug there,” she concluded with her sky blue eyes flashing.

Punky added, “Because it is so hard to get there I don’t think anybody will find it, we have it to ourselves.”

Everyone was excited, we all had dollar signs in our eyes. We were so excited about the “sang” find that I never got around to telling about the snake capture.

As we drank spring water and ate lunch we discussed how we would work the patch that afternoon. Punky was showing us a special trowel he had brought from his dad’s shop to dig with. It had a narrow tip just right to get the large four, maybe five, -pronged roots out of the ground without damage.

“You kids digging “sang” I take it,” roared a voice from the direction of the old wagon road. We all four jumped as we hadn’t heard the two nasty looking men walk up on us. Both had tobacco stained scraggly beards, their old bib overalls were filthy and one had a pistol grip sticking from his bib pocket. They were strangers to us and not welcome company.

We stood up as they walked up to us. “Hey, pretty little girl,” the oldest and tallest of the strangers said to Jenny as he smiled a green toothy smile. “Have you got some “sang’ fer this ol’ man” he grunted?

Jenny didn’t back down. “Hell no!” she barked back with a look in her eye I had never seen before. I noticed she had her right hand on her belt knife. Jenny’s life had not been easy and fear wasn’t one of her reactions to most situations. She had soundly whipped more than one bully at school.

The short, slightly hunched back younger man looked at my gas mask bag laying next to the spring branch and saw that it seemed to be full. He reached for it.

“Since you’ns on my property, boy, I’m confiscating’ yor bag of sang as payment,” he mumbled.

I looked at Chipmunk and thought I saw a slight smile.

“You seem to be the boss, take it,” I answered.

The older man motioned for the other to come on and they turned and started back down the mountain the way from which they had come. “Now you kids get off my mountain,” the bent over bum shouted as he shouldered my gas mask bag, and they both laughed.

We all just stared at each other in disbelief and then Chipmunk began laughing. I joined in. “What’s a matter with you two,” Punky stated, “We just got robbed by two “sang” thieves and you think it’s funny.”

Jenny starred at us, questioning our pleasure at this horrible event, but we kept laughing.

Then I told them about the bag full of angry rattlesnake and they too began to laugh.

“You know the bad part of this is that we won’t be there when they open that bag of “sang,” Jenny stated while laughing.

As we were making our way to the ginseng patch for an afternoon of digging the forest silence was broken. Far down the mountain, towards the public road, we heard a faint series of screams, then five pistol shots and more blood-curdling screams.

We never saw those two again, ever, and it was a good “sang” season at Tater Knob.

I hope you enjoyed the dramatic ginseng story as much as I did! I would like to have seen the men’s faces when they opened that bag 🙂 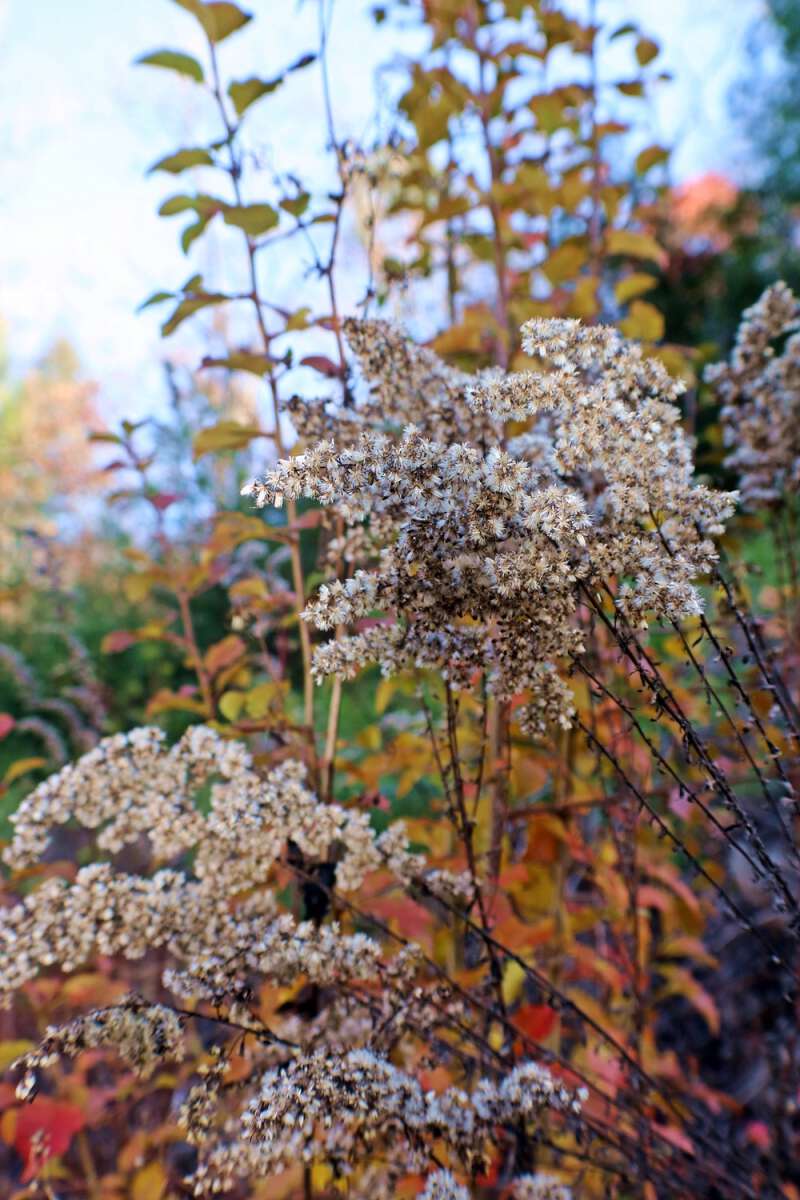 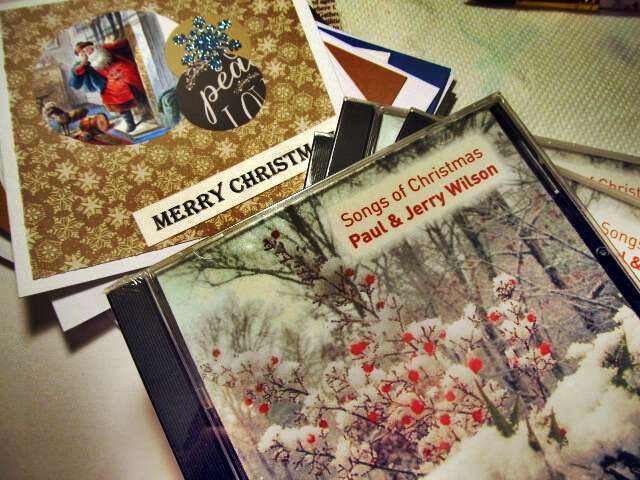