Today’s guest post was written by Ed Ammons. If you missed his first post on his childhood home place-you can go here to read it: Life On Wiggins Creek. 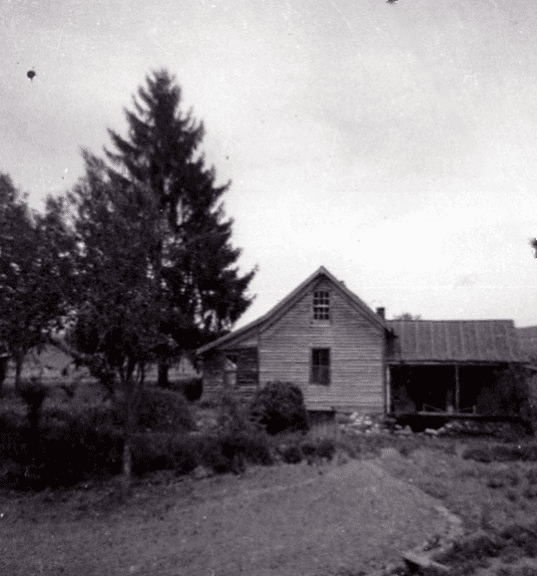 The Old Home Place was in a little valley known as Wiggins Creek. Harold says it was named for Will Wiggins. Where did he come from, where did he go? Maybe we’ll find out later. Maybe we’ll never know! The home place was the last house up the valley. There were the remains of houses further on up and one cabin we called the Pressman place which never had an occupant that I knew of. Nobody lived upstream of us. No toilets over the branch. The branch water was clean enough to drink, but we had a good spring and never had to.

The valley in which the house sat ran almost directly west to east and the house faced east. Behind the house was Breedlove Mountain, a high Mountain that dominated the western skyline. On both sides of the valley, almost parallel, were lower ridges running to the east. The view to the east was open for miles. It seemed like sitting in a giant arm chair.

On clear mornings we could look to the west and watch the sunlight appear high on the Mountain top first, and then work its way down toward us. Turn and look back to the east the Sun would soon erupt over the ridge top near a lone pine that stood proud above the other trees. We got the advantage of the early morning light, but lost it earlier in the afternoon when the sun sank behind the Mountain. Some of our crops never prospered as they should because of the shorter span of direct sunlight. Others fared better later into the summer for the same reason.

The weather, because of the way the home place was situated, was unpredictable. Storms that formed to the north, south and west had time to build before you could see them. You might hear a mighty rumble and see a massive thunderhead just in time to get drenched before you could get your stuff in the dry.

When the weather came in from the east we had the advantage of a much longer line of sight. We could watch storms form, grow and sometimes die before they reached us. We could ‘see the rain coming’.

In the summer I would have time to go to the barn, pull together a couple of bails of hay, lay back and let the rain on the tin roof sing me to sleep.

The view to the east was wide open. You could see the top of the neighbor’s house and smell the smoke from their fire, if the wind was blowing right, from a quarter mile away. We could hear them talking on the porch, scolding the kids or calling cows and chickens. Chicky-Chicky-Chicky-Chickeeeeeee. We could see a car coming around the curve below their house, but would soon lose sight and have to track its progress by its sound. If the sound stopped before we saw the car, we knew it had turned off at the neighbor’s house. Some vehicles, such as the school bus and the motor grader, could be identified by sound alone. The shape of the valley and lack of ambient noises seemed to amplify sounds and funnel them up the valley. On cold clear mornings we could hear the sounds of the Little Tennessee River, two miles away, and vehicles on the Franklin Road beyond. We could hear the once daily freight train that ran to Topton and back.

Beyond the curve we couldn’t see any more terrain of Wiggins Creek, but because of the elevation, could see out over it. Over the valley of the Little Tennessee, over the valley of Sawmill Creek and Davis Branch, to the western slopes of the Alarka Mountains. Past the valley of Alarka Creek we could see the tops of the mountains of the Big Laurel and Cowee.

We called these distant mountains ‘blue mountains’. On clear days we could watch cloud shadows form, change shape and move across these blue mountains. We could see thunderstorms in their entirety.

The blue mountains lost elevation as they progressed north to the left in our mental picture, toward the valley of the Tuckaseegee River and the county seat Bryson City. We couldn’t see anything of the town itself, but could sometimes see airplanes circling above. These were small two seat airplanes which were flown to and from a hilltop strip above the town. They looked likes gnats and were easily dropped from sight. If you blinked, you might have to stare for several moments before you picked them up again. Or, you might never see them again. Sometimes they would drop below mountain top level and you could track their progress against the backdrop of the blue mountains.

Wiggins Creek begins when three branches converge below the old Home Place. If the three had names, I never knew them. After becoming the Creek, it flows through the neighbors property to a point where two ridges come almost together and forces it into a sharp turn over a waterfall. The creek and the road are squeezed through a slit no more than fifty feet wide. This point is what I’ve always known as “The Curve”.

From there the valley opens up into what appears to be little more than a crack in the mountain wide enough for not much more than the creek and the road. It flows through terrain which seems alien to the valley above and below. It wiggles and winds through a maze of jagged boulders, filling deep pits and cracks, and flowing over falls. After running this torturous gauntlet the little creek emerges into wider, flatter valley floor and soon is joined by Ammons Branch coming in from the left. Another quarter mile and it meets Charlie Branch, also on the left. From there it wanders leisurely on, being fed by numerous unnamed branches and springs, until it reaches the Little Tennessee and ceases to exist.

I hope you enjoyed the guest post as much as I did! I’ve never been to Wiggins Creek-but Ed’s description makes me feel as I though I have. 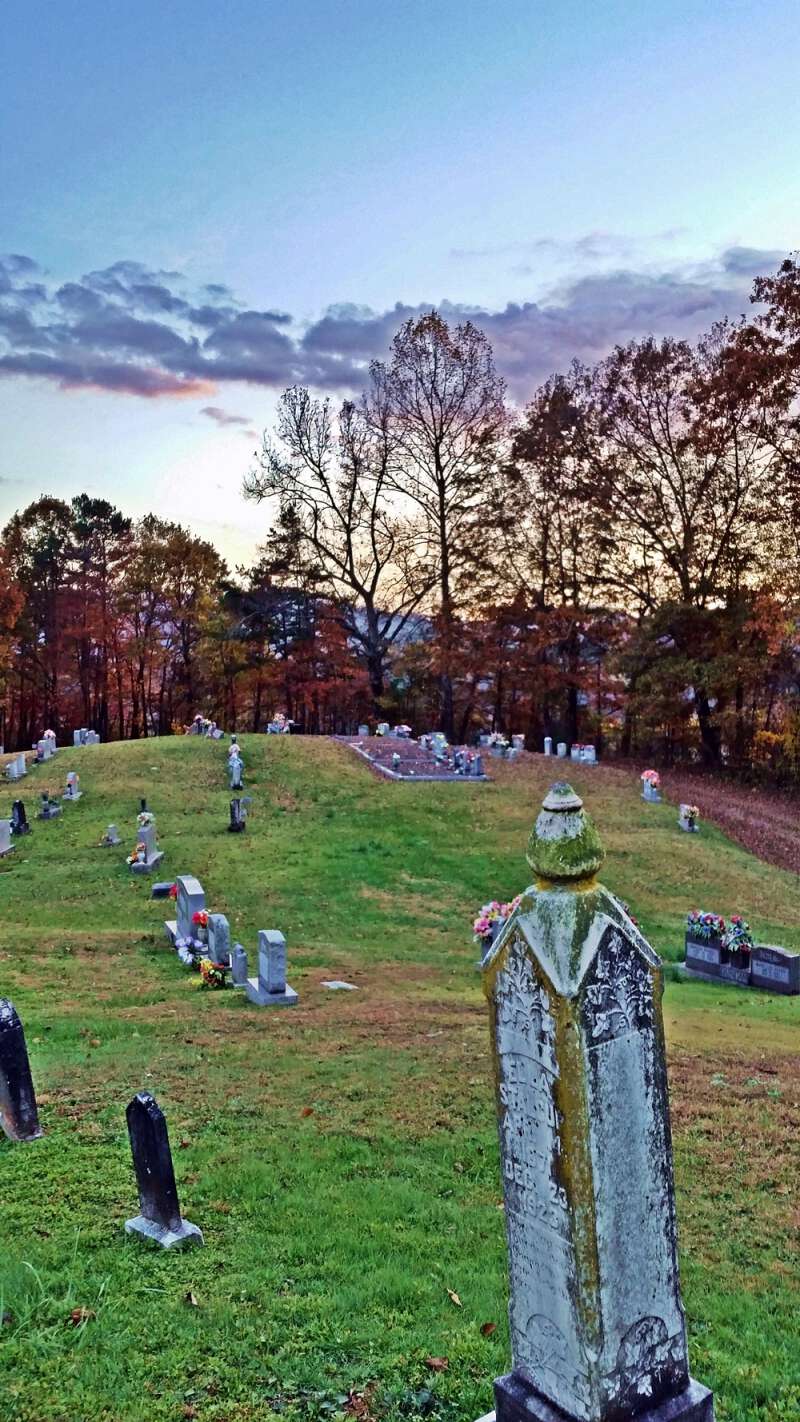 Appalachia Through My Eyes – Pretty Graveyards 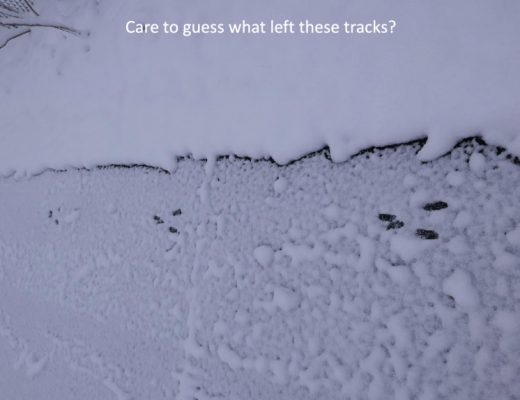 The rabbit that got away – and one that didn’t 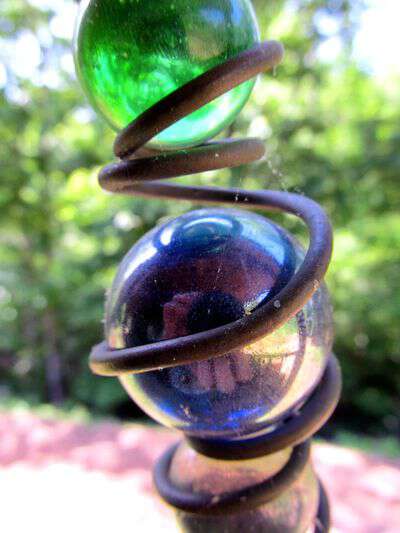