This post was originally published in June of 2012. I wanted to share it again since we’ve been talking about Deviled food. The article on The Straight Dope Website that started me on this deviled food journey had this to say about Devil’s Food Cake:

“A recipe for devil’s food cake first appeared in a 1902 American cookbook called Mrs. Rorer’s New Cook Book (references 14, 16). However, in memoirs written in the early 1900s, a food writer named Caroline King wrote that her family was making devil’s food cake in the 1880s– the Food Timeline Website reprints the original recipe and commentary if you’re interested in making it yourself (references 13, 15). Since this was written some time after the fact, it’s debatable whether it’s the true origin.

The “devil” in devil’s food most likely refers to the cake’s “sinful” nature, or possibly the fact that it is quite heavy relative to angel food cake. Another possibility arises from the fact that early versions of the cake were red in color. According to Linda Stradley of “Linda’s Culinary Dictionary” fame:

Devils food cake is usually thought of in terms of dark chocolate, but originally it was red. This was thought to be due to a chemical reaction between early varieties of cocoa and baking soda, which also gave the cake a soapy taste. Today cooks, using modern processed cocoa, sometimes add a touch of red food coloring to bring back the authentic color.

And in fact an alternative name for devil’s food cake is “red devil’s cake.” 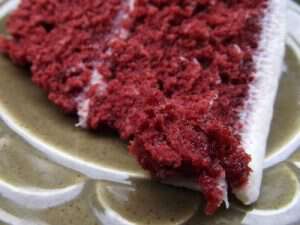 A few weeks ago, Chatter asked me if she could make a Red Velvet Cake. I told her I had never made one and I’d never been especially fond of the ones I had eaten. I tried to get her to make some other kind of cake-but she was having none of that.

Since I’m always thinking about Blind Pig readers-I wondered if any of my Appalachian Cookbooks had a red velvet cake recipe. I don’t think of Red Velvet Cake as a traditional Appalachian recipe-but I figured it wouldn’t hurt to look.

I checked my favorite cookbook first-More Than Moonshine written by Sidney Saylor Farr. The book didn’t have a red velvet recipe-but it had something really close (really the same thing): Mother Farr’s Red Devil’s Food Cake. Even better for me and Chatter-Sidney Saylor Farr collected the recipe from her mother-n-law, Mrs. Farr, who happened to live in Western NC. 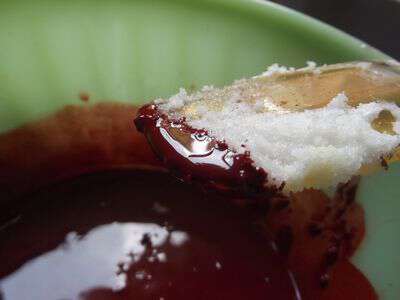 Chatter used two 9 inch cake pans-but you could use whatever size you wanted too. Instead of greasing and flouring the pans-we used a trick I learned during my Preserving Mountain Flavors class-we lined the pans with parchment paper. Bake for 25 minutes-or till done. Time may vary depending on your oven-and what pans you choose.

Mix everything but powdered sugar together-then gradually add powdered sugar until mixture is smooth and creamy. The icing recipe tasted great-but made way too much for our cake. Maybe you could half the recipe-or just use your own favorite cream cheese icing recipe.

The cake turned out perfect-in fact it was so tasty I can no longer say I don’t care for red velvet (red devil’s food) cakes. 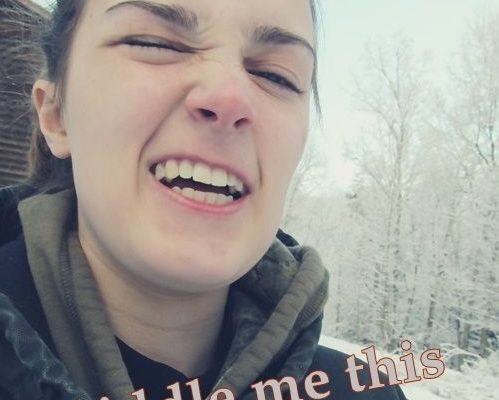 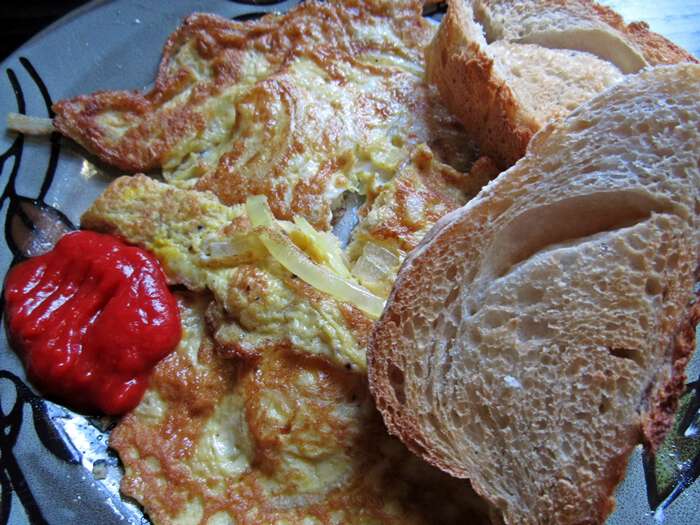