Have You Been Hearing the Whippoorwills?

For the past few evenings we’ve been hearing a lone whippoorwill singing its heart out. Most years we hear a whippoorwill at dawn too, but not this year.

With our one whippoorwill singing it’s warbling note it’s hard to believe there was a time there was so many whipporwills calling it was hard to hear anything else.

Pap said when he was a boy there was lots of whippoorwills. He told me a funny story about them.

Now that’s what you call a tall tall tale!

I love hearing the call of the whippoorwill. The sound is kind of eerie and lonesome. In some areas the whippoorwill population has been decreased by as much as 80%, not because of someone choking them out with their shirt-tail, but by continued spread and sprawl of people.

Here’s a video recording I captured of a whippoorwill back in 2012.

When I recorded the sound we still had our little dog Ruby Sue. Every time the whipporwill started calling Ruby started barking. She’d run all over the place barking every which away 🙂 Which wasn’t so funny at 5:00 a.m.

The Delmore Brothers had a dandy song about whipporwills singing in the spring of the year. Here’s Pap and Paul’s version.

Do you hear whippoorwills where you live? 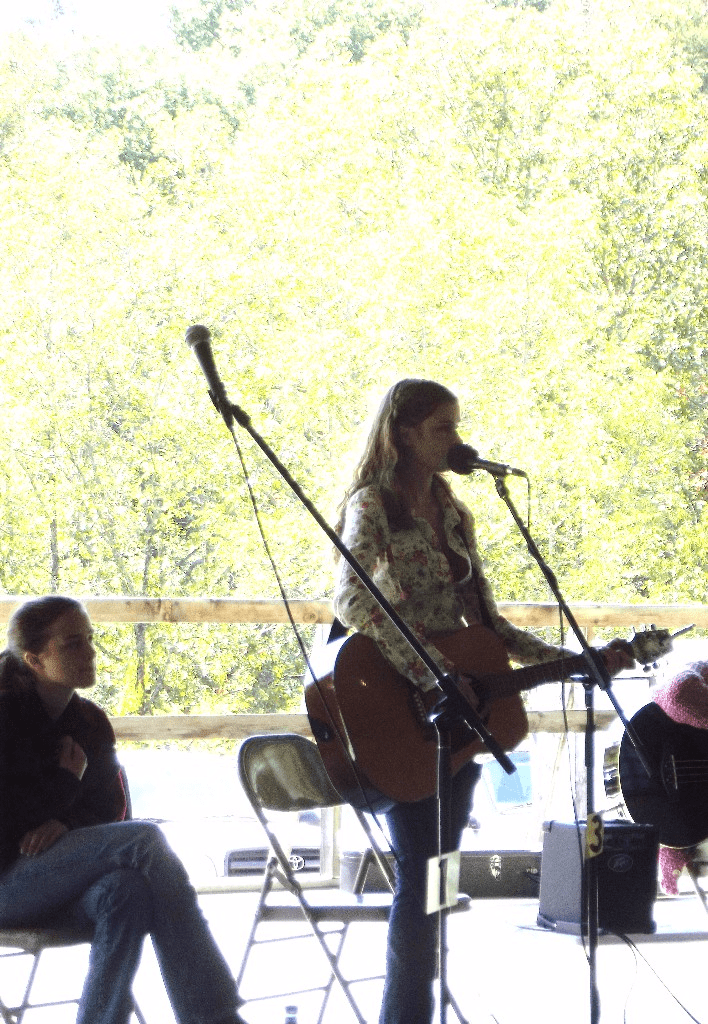 Happy Thanksgiving from the Blind Pig and The Acorn