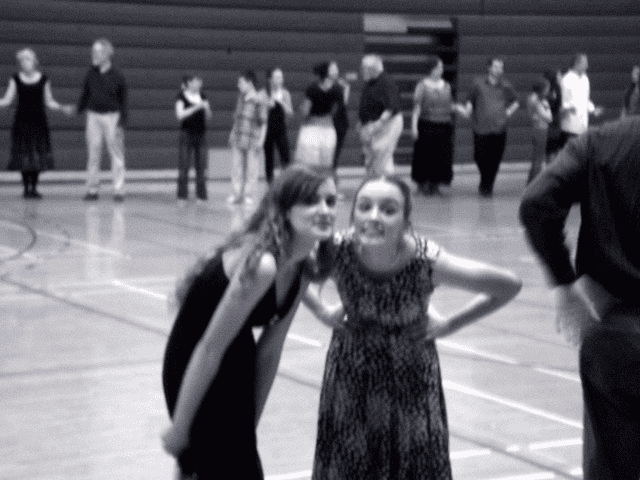 Killy Kranky is a song the girls and I learned at this year’s Mountain Folk Festival in Berea, KY. We had never heard the song before, but the girls immediately fell in love with the quirky lyrics and have pretty much drove me crazy making Killy Kranky jokes ever since.

Killy Kranky is my song sing and dance it all day long.
From my elbow to my wrist. Now we do the double twist.

Killy Kranky is my song sing and dance it all day long.
From my wrist down to my knee we’ll do the grapevine twist.

Killy Kranky is my song, sing and dance it all day long.
From my knee down to my toe. How much farther can you go?

In the book edited by Jean Ritchie, Folk Songs of the Southern Appalahcians as Sung by Jeanine Ritchie, this description of the song is given:

Uncle Jason calls this one a play ditty, because according to his description of it, it was both a game and a song, and not much of either one. The players sang the song while they “wound the grapevine,” using different variations, all of which Uncle Jason avowed was just a good excuse to get their arms around one another. He thought that the words, “Killy Kranky” were just nonsense syllables, and so did I until my husband and I found the town of Killy Kranky (by accident when we lost the main road) in Scotland!

Like Richie and Uncle Jason I assumed Killy Kranky was a made up name-too but after we got home from Berea I decided to do some googling around just in case. Like Ritchie, I discovered Killy Kranky, actually spelled Killiecrankie is indeed a place in Scotland. 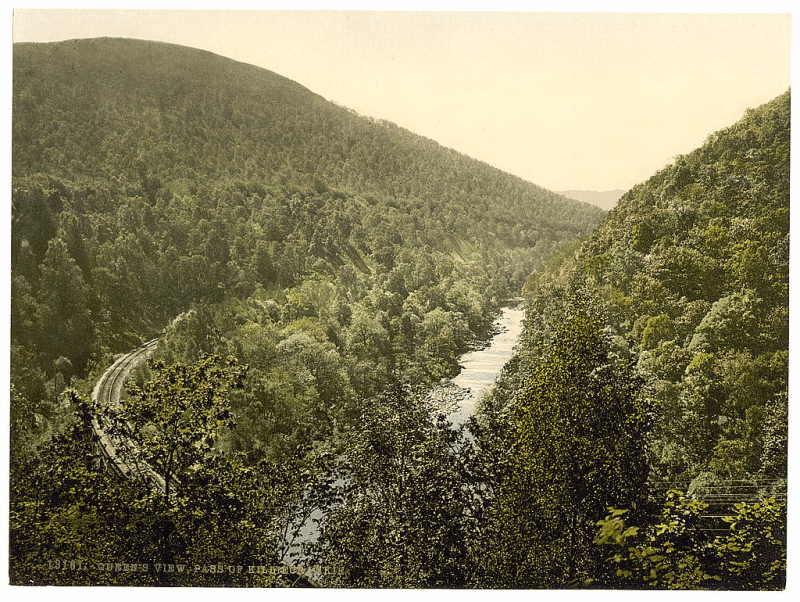 The website Killiecrankie Undiscovered Scotland: The Ultimate Online Guide has this to say about the area:

The Pass of Killiecrankie lies about midway between Pitlochry and Blair Atholl. A little under a mile and a half long, it is a narrow, steep sided glen cut by the River Garry through the surrounding high ground, and forms the most constricted part of what has throughout history been the main route between the Highlands and the Lowlands.

It is probably best to say up front that the paths that descend from the visitor centre into the lower reaches of the pass are steep in places, are mainly of compacted earth, and many sections have steps. This is a place you are most likely to enjoy in sensible shoes.

Throughout history, the Pass of Killiecrankie was travelled by most overland visitors to the Highlands. It is interesting to consider that our own response to it, as a place of beauty, is a relatively recent development. Thomas Pennant, in writing about his tour of Scotland in 1769 said of Killiecrankie: “The pass is extremely narrow between high mountains, with the Garry running beneath in a deep dark foam, and a rocky channel, overhung by trees, forming a scene of horrible grandeur.”

In 1844, Queen Victoria took a very different view when writing in her journal: “We came to the Pass of Killiecrankie, which is quite magnificent: the road winds along it, and you look down a great height, all wooded on both sides, the Garry rolling below it. I cannot describe how beautiful it is. Albert was in perfect ecstasies.”

The pass was probably not a welcome sight to another group of visitors who travelled through it on 27 July 1689: 4,000 government troops on their way to defeat at the hands of the Jacobites in the Battle of Killiecrankie.

You can jump over to the website by clicking here and read more about the battle of Killiecrankie.

After reading all of that-if I was making a guess-I’d say the song originated because of the rough terrain of Killiecrankie.

The warning to wear sensible shoes and the quote from Thomas Pennant make the lines: Broke my arm, broke my arm Broke my leg, broke my leg seem believable.

Maybe the song started out as a battle cry for the Jacobites or maybe it was a song sung by travelers who had to traverse the rugged terrain of Killiecrankie. Who knows how it started?

Knowing a version of the song-even one that has been maligned and morphed into a dance tune-is still alive and well in Appalachia is beyond cool to me in fact I think it’s downright AWESOME.

Drop back by in a day or so to see the dance and to hear more of our Killy Kranky story.

p.s. Go here to hear a version of Killy Kranky that is similar to the one we learned in Berea. 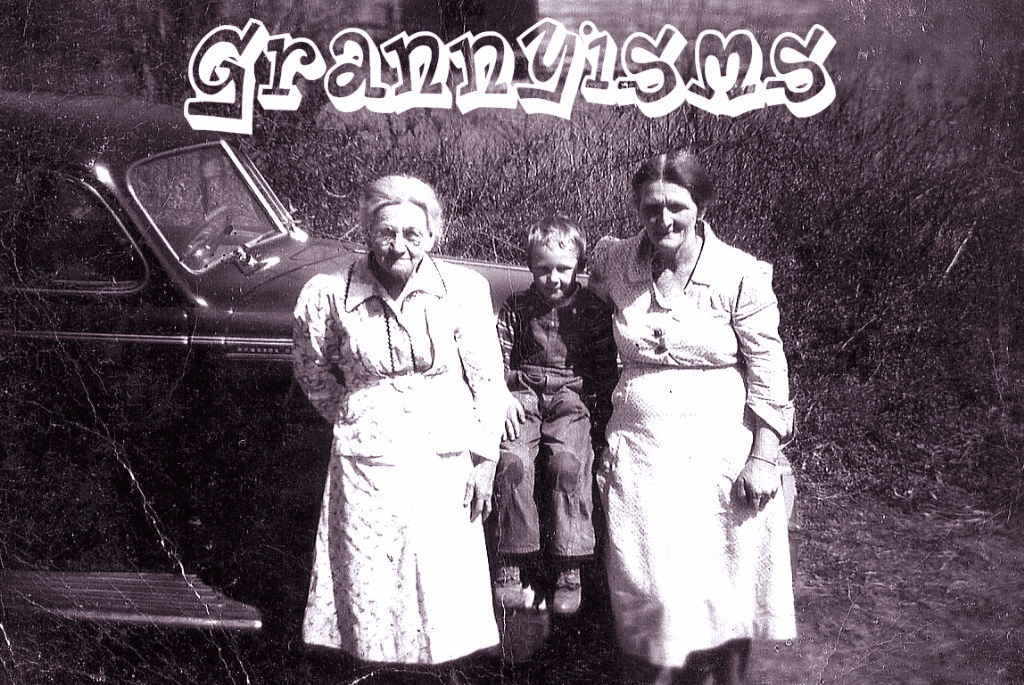 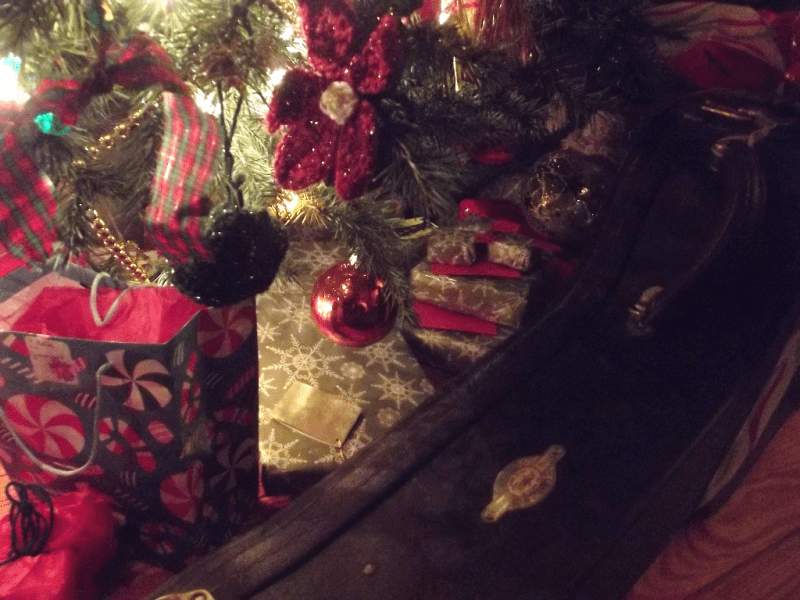