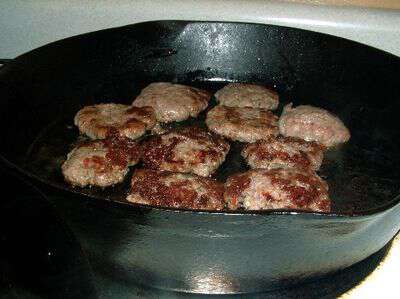 I love my Ball Blue Book of Preserving-its full of canning and preserving advice-on everything from blackberries to clams. This is what the book has to say about canning Pork Sausage:

Pretty simple instructions for anyone who has ever used a pressure canner.

Granny never canned any kind of meat when I was growing up-she still doesn’t-choosing instead to freeze any fresh meat that come her and Pap’s way. Not long after I married The Deer Hunter I began hearing stories of the entire Pressley family coming together during hog slaughtering time-the men doing the slaughtering and the women inside the house preparing the meat for preservation. From the beginning I was interested in the sausage part-I’d ask “you mean you canned sausage? But how?” Even though they detailed the process they used to me more than once over the years I just couldn’t fathom how it would really work. Since there was no longer anyone in the family slaughtering hogs, there wasn’t a chance for me to see the process either.

Some of you may remember my Mountain Folk interview with Jackie Cole last summer. Her family still slaughters hogs each fall-and as she told me the details of handling the meat, I realized her method of canning sausage was the same one the Pressleys used. As I questioned her closer she finally gave me a jar of canned sausage, told me to take it home, cook it, and see for myself. When I opened the jar a few weeks later I enjoyed the best sausage I had ever eaten. It was so much better than frozen-and almost as good as fresh. Since then I’ve been given jars by other folks who can their sausage in the same manner-and its all been good-not just good but outstanding-however there is just one problem-they don’t pressure cook it.

This is the method they use: 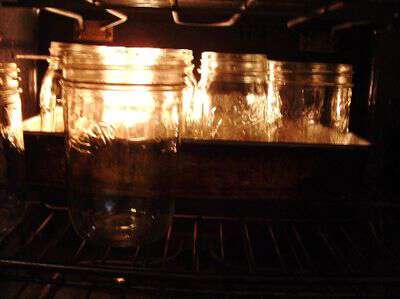 First they sterilize their jars, lids, and rings-keeping their jars hot.

Pat out their sausage and brown it on both sides. 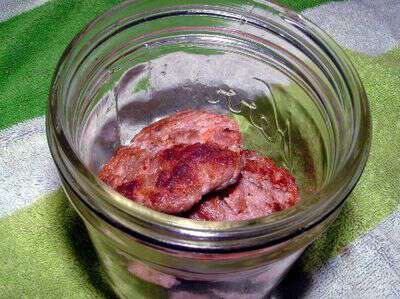 Place as many pieces of hot sausage as they want for a meal in a hot jar. 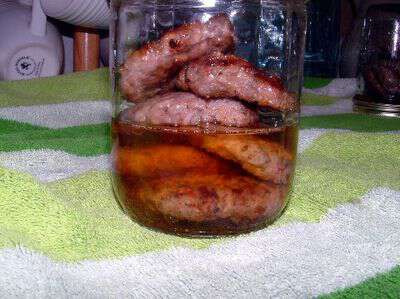 Pour 1 to 2 inches of the hot sausage grease/fat into the jar. Attach the lid and ring tightly-turn the jar upside down.

They store the sausage upside down until they’re ready to open a jar to eat. Placing the pieces in a pan they fry them for a few minutes to warm through-using the excess grease to make gravy just like you would with fresh sausage.

I’ve been studying this method for almost a year. Here are some of my thoughts:

As you can see I’ve mostly went around in circles on this one. One thing I do know-folks who were taught this method by their elders-and have used it for the last 40 years aren’t about to change their minds on the subject. And although, I’m not advising anyone to use the method-I sure won’t be turning down any jars that are waved under my nose.

What I want to know is what do you think? Did your parents or grandparents can sausage like this? Do you think all the folks that use the method are just lucky dogs and their day of dying from botulism is coming? If you’d always used this method with no adverse consequences would you change cause the Ball canning book told you too? 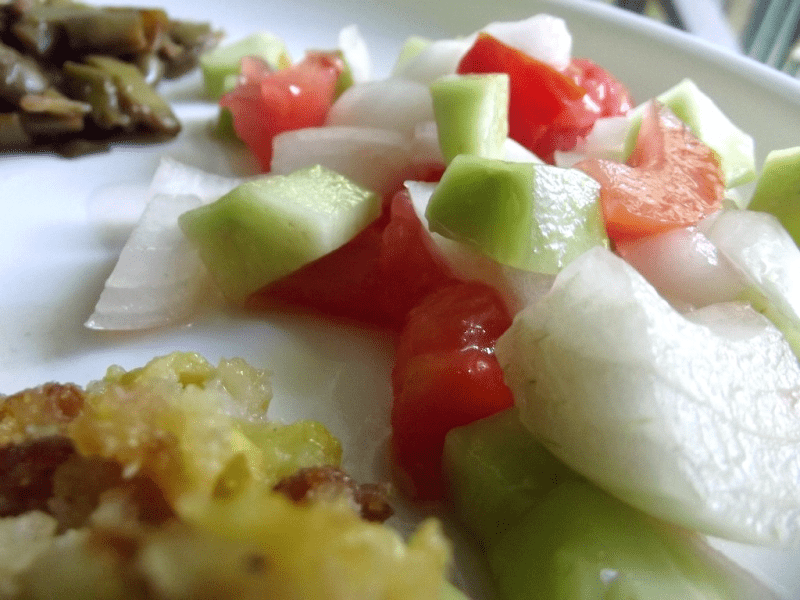 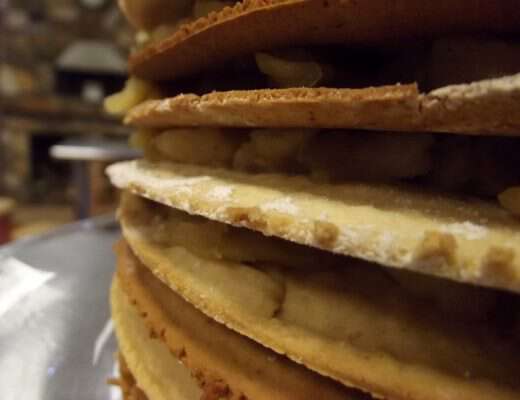