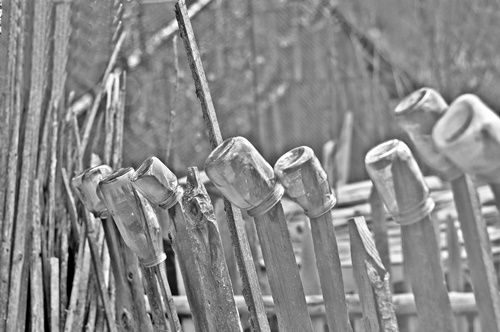 A couple of times a year my grandmother got the urge to go to the mountains to visit her sister.

Aunt Becker (Her name was Rebecca, but everyone just called her Becker) was my grandmother’s young sister. She was a spinster and had taught elementary school until 1932 when the State of North Carolina instituted the requirement that all public and private school teachers have a college degree. People say it pissed her off and she never got over it. She lived in a two-room log cabin at the head of a rift known as Possum Holler. She got water from a spring up behind the cabin. The outflow from the spring fed into a creek that ran into another stream and eventually added to the muddy waters of the Yadkin River. There was a town of the same name at the mouth of the holler about a mile below Becker’s cabin.

I really don’t know what aunt Becker did for income. I know she sold some eggs from her hens and honey from the stands of bees she had up behind the house. She was also a midwife and was the go to medical authority up the holler. She had a reputation for being able to witch the heat out of a burn. Becker had a garden and went halves on a couple of hogs with other occupants of the holler. She had a smokehouse behind her barn. The hams she smoked and cured were delicious, but it was almost impossible to talk her out of one. Probably the only reason I ever ate any of her ham was she would always give one to my grandmother.

I remember my dad talking with my uncles about her. They said she had frowned so much that her face would probably break if she smiled. I remember one of them saying that Becker was the stingiest person they knew. The story was that no one could best her in a trade. One of my uncles said, “Ole Becker is so tight she squeaks when she walks. She can squeeze a Nickle till the Indian rides the Buffalo.”

Becker had about a dozen cats. All named “Kitty.” She didn’t feed them. She and the cats had a synergistic relationship. They kept the cabin and barn free of mice and pests and she didn’t have any mice. See, I told you Becker could get the best of any bargain or relationship.

Becker kept a Bible in every room of the cabin, the barn, and the outhouse. I never figured out why. I’ll bet she could quote the entire book verbatim. I know she sure quoted passages to me many times. And she wasn’t above preaching to you, whether you needed it or not. She seemed to dislike, if not outright hate, little boys and I guess she figured that we needed preaching to.

I hated going to Possum Holler. Every time we went, the first thing she would say to my dad was, “Did you git that boy’s name changed to Salmons yet. You know he’s a Bastard. Ain’t no reason to advertise and let ever body else know.” Besides, who wants to be a Davis? They’s just a bunch of worthless drunks and moonshiners. Ain’t a dang one of ‘em any good. Even Jefferson Davis was a drinker. Ain’t nothing good ever come of drinking.” My mama refused to go with us to the mountains. She said having the Davis name put down by Becker once was more than enough.

This brings up the story of Becker and the moonshine. “Square (his name was Squire Cleary, but everyone called him Square) spent one fall moving a liquor still up the side of the mountain above Becker’s cabin. He hid it well and figured that come spring, he would become the main supplier of White Likker (Moonshine) for all of Possum Holler.

As soon as spring broke, old Square surreptitiously carried corn, cornmeal, sugar, and yeast up the mountain. He struggled, but with the help of a borrowed mule was able to get a mash barrel in position. Then he packed in a couple pounds of bacon and enough canned beans to last a couple of weeks and set to making a run of likker.

After two weeks, Square had four gallons of prime White Lightin’ ready for market. He would have had more, but he probably over taste tested it making sure the quality was high. He packed up his four jugs in a couple of canvas bags, slung them over his shoulder and started down the mountain toward his fortune.

Someone had tipped off the Revenuers that a still was operating up the mountain. As Square was coming down the path with his wares, the revenuers were going up. Square saw them and realized that he was close to eighteen months on the road gang if they caught him with illegal whiskey. He slipped off down a path that ended just above Becker’s spring. One of the revenuers had seen him and turned to follow. Square did the only thing he could, he poured the moonshine into Becker’s Spring, hid the jugs and drifted innocently up the path to meet the revenuer. He came up with a story about hunting ‘Sang (ginseng) to explain his reason for being on the mountain and carrying empty bags.

About ten minutes after Square had dumped the white lightin’ into the spring, Becker came out with her buckets to get water for the house. After she filled the buckets, she took an old gourd dipper and got herself a drink. The water tasted strange. She took another drink and then another. It tasted better the more she drank and she felt really good. She grabbed the buckets of this new wonderful water rushed to the house and brought every bucket and empty jar she had to save as much of this wonderful elixir as possible. She kept sipping at the dipper. It was the most wonderful thing she had ever drunk.

Becker usually went down to the Possum Holler General Store on Saturday morning and to the church on Sunday mornings. She never went down on Saturday evenings or nights. There were scandalous things happening. Why there was drinking and there was a dance on the front porch of the general store.

After drinking a considerable amount of her new found elixir, it being Saturday, Becker decided to go down to the store and see what this dancing stuff was all about. She put a pint jar of water in her tote bag in case she got thirsty and set off down the holler.

People in Possum Holler and environs still talk about the night Becker Flynn went crazy or was possessed by Satan or something. They said she was smiling and laughing and howdying everyone all the way down to the store. By the time she got to town, there was a crowd of twenty or thirty people following her to see what she was up to. People said it was the biggest crowd of people in Possum Holler since they hung that Burgess boy back in ’29.

It is said that Becker was “plumb scandalous.” She was dancing and throwing her skirts up where you could almost see her bloomers. She was drinking water and it seemed the more she drank the more she danced. Finally worn out from dancing, she sat down to rest and went to sleep. Fred and Mary Jepson got her into his wagon and they took her home.

Sunday morning was the first time that anyone in the holler could ever recall Becker missing church. The events of Saturday evening caused the preacher to modify his sermon. He preached on fighting Satan’s demons that try to lead the good Christian astray.

Square Cleary figured out what had happened and told Becker about pouring the moonshine into her spring. After a while, Becker changed her name from Flynn to Cleary. That’s right! They were married. For years, Square ran his still just above Becker’s beehives and she became much friendlier and stopped railing against drinking. If someone said something disparaging about alcohol or drinking, Becker excused it by quoting Bible Verse Timothy 5:23 to them.

Timothy 5:23 – “Drink no longer water, but use a little wine for thy stomach’s sake and thine often infirmities.”

I hope you enjoyed Garland’s guest post as much as I did! 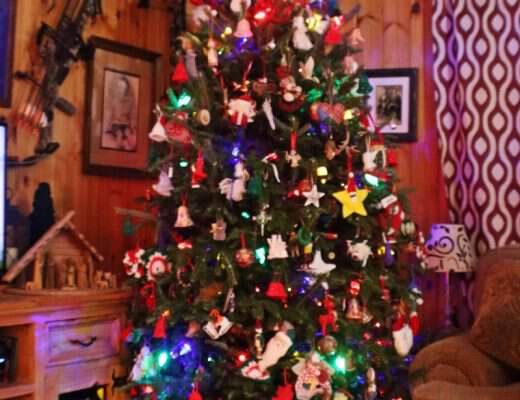 Christmas at the Blind Pig House 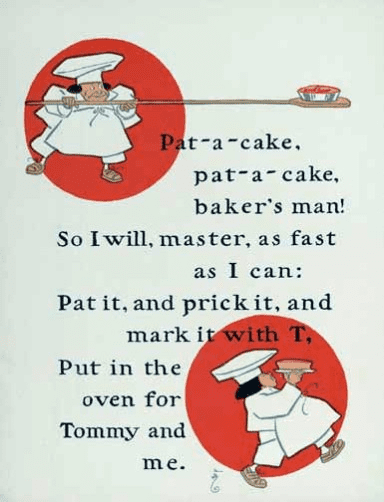