A Christmas Story from Days Gone by 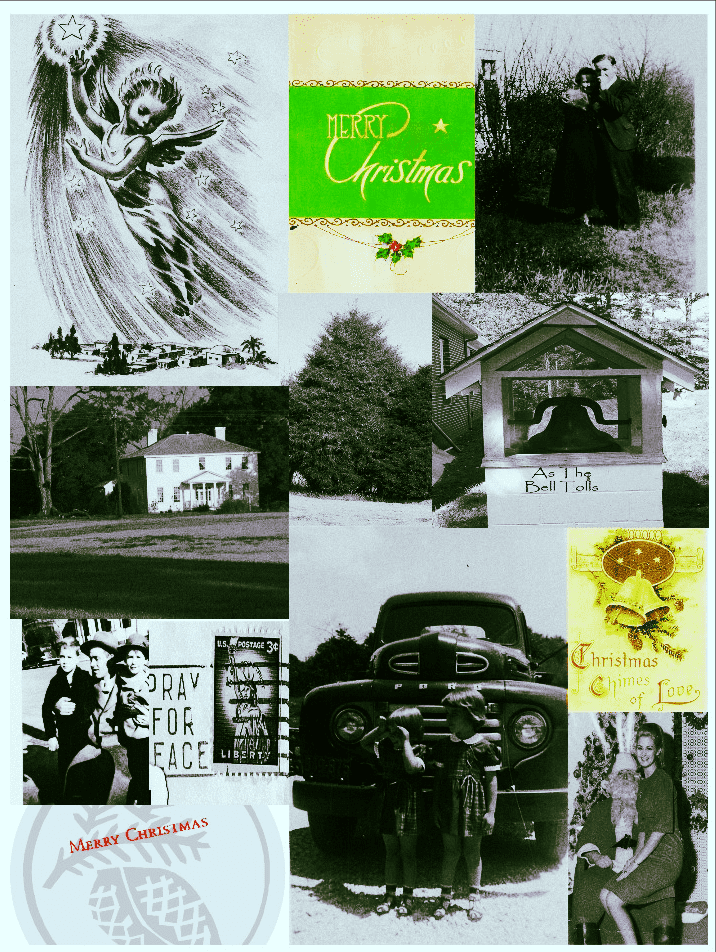 Grandma was rocking gently in front of the fireplace when I came back from the kitchen. I’d made so much noise Mama said from the bedroom, “Rachel Jean, if you wake this baby you’re going to have to tend to him.” I pulled two cushions from the sofa–one to sit on and the other I held in my arms. It was silky and had fringe and a painting on it of white sand and palm trees. It was from that vanilla place where Daddy was soldiering. I sat down in front of the fire, careful not to block the heat from Grandma. “My granddaddy told us this story,” she began, “and I reckon it came over on the ships from England with his momma and poppa. Listen, child,” and she cupped her hand to her ear.  I listened intently. I heard Mama scribbling on a piece of paper, writing Daddy again. Grandma leaned toward the window. The wind was blowing a strong snow, and the sashes crackled. I leaned toward the drafty window too and listened as hard as I could. A dog barked, old MaryBelle was lowing in the barn, her bell jangling a little, and Oscar the mule snorted. I thought I even heard the sow and her pigs eating at the trough. But I’d never heard all those sounds before…with the wind howling and the barn way off from the house. “Granddaddy said on Christmas eve, the animals all stay awake till the dot of midnight,” she whispered. “They’re waiting to honor the Christ child. He was born in a manger, you know, like in the barn, born among strangers, not even a bed.” Grandma’s voice was so mournful I looked at her, expecting almost to see tears. But Grandma was tough. She never cried, and sometimes she got put out with Mama who cried a lot. “The Sunday school teacher told us about little baby Jesus,” I said, “and the preacher talked about his birthday.” I thought a moment. “But they didn’t say a word about animals, ‘cept Joseph and Mary had a donkey.” Grandma had a faraway look in her eyes. “All the animals, they say, wait up for that blessed moment. Some people even say that right then they even talk to each other.” She shook her head. “I don’t know about that.” She smiled and a little smile crept out to my lips. “Can you imagine what Oscar and MaryBelle would talk about? I bet your Daddy’s fiesty fine mare wouldn’t even speak to the rest of them, fancy as she is!” Daddy had courted Mama on his shiny brown mare, Juliet, his pride and joy. Mama groomed her every week so when Daddy came home he wouldn’t be ashamed of his horse. I giggled a little but thinking of Juliet made me think of Daddy, and I hung my head again. “You don’t believe that, do you, Grandma? Animals talking?” “Christmas is a magic time, Rachel Jean, anything can happen. But,” she admitted, “talking animals? More’n likely the other story’s true.” She paused so long I jiggled her shoe. “What, Grandma, what?

“All the animals in the world–with any sense, that is–kneel down at midnight to pay homage to the baby child Jesus. Yes, they do. Now that I can believe.” “Oh, Grandma, have you ever seen them do that, have you?” I had a vision of camels and elephants in far off places, and polar bears and black bears, and giraffes and billy goats all going down on their knees. It couldn’t be. “I admit, child, I’ve never stayed up to see,” Grandma said. “With so much work to be done, I’m always asleep.” “We’ll see tonight, Grandma, we’ll stay up. Oh, I don’t care if Tommy is right about Santa Claus. I don’t think he’ll get here tonight. Look, now it’s snowing even harder.” “I’ve always wanted to see the animals on Christmas Eve,” Grandma said, “but I never did. We’ll go out there, no matter how cold.”  She bent over and stirred the fire. “Let’s get some rest, child, first.”

Now that’s a Christmas story to warm the heart!

The second book is every bit as good as the first one! I could not put it down and I was sad when it was over-I wanted the story to keep going. I’m hoping Celia will continue with the Grist Mill Mystery Series.

Jump over to Celia’s website and poke around. Her books are available in print and Kindle and would make dandy Christmas presents. 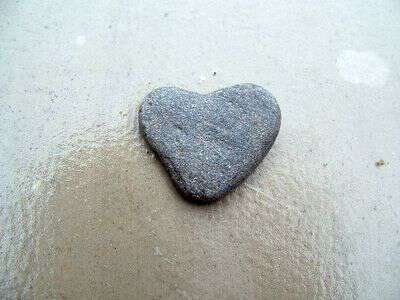 Your Little Heart Of Stone 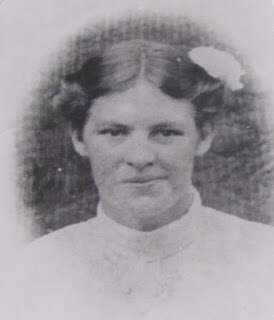