The Rosebud Orchid in my Backyard – WOW! 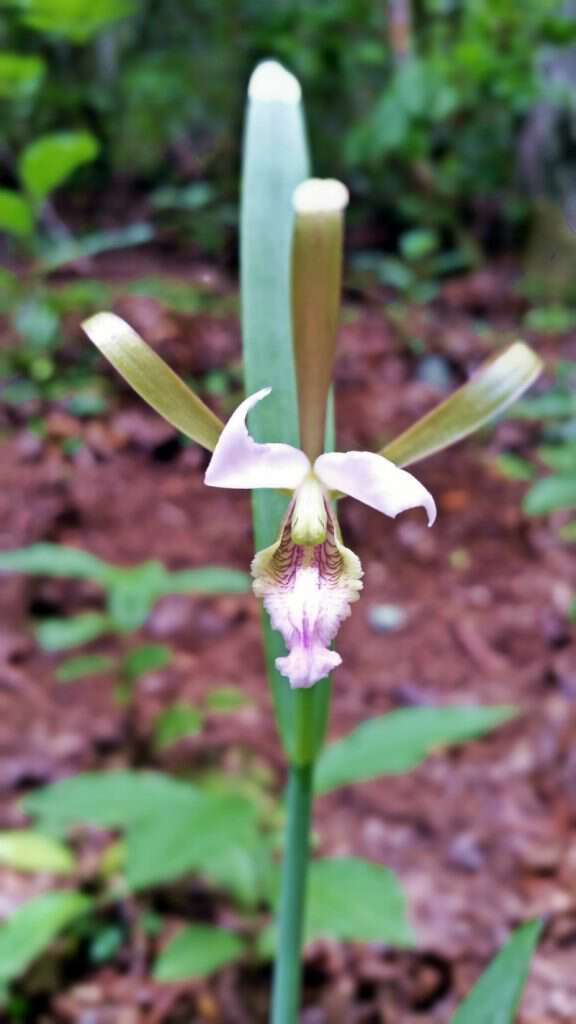 This year I have made a conscious effort to try and be in the woods more. I wish that meant I had been on long hikes to the top of the mountain and beyond, but mostly what I’ve managed to do is take one of the trails that lead off behind the chicken coop and go a few hundred yards into the woods or up towards the ridge.

On one of my short trips I noticed a strange looking plant that I had never seen before. It was thin and tapered. I could tell it’s length was about to burst open with leaves and hopefully a bloom.

A few weeks later I suddenly remembered the plant and ran out to see if it had indeed opened up into a flower-it had!

The bloom was so pretty and I didn’t think I had ever seen one like it. I racked my brain thinking maybe it was something I had once planted in the yard that had somehow migrated to the woods, but decided I would certainly have remembered having a flower that pretty in my collection. 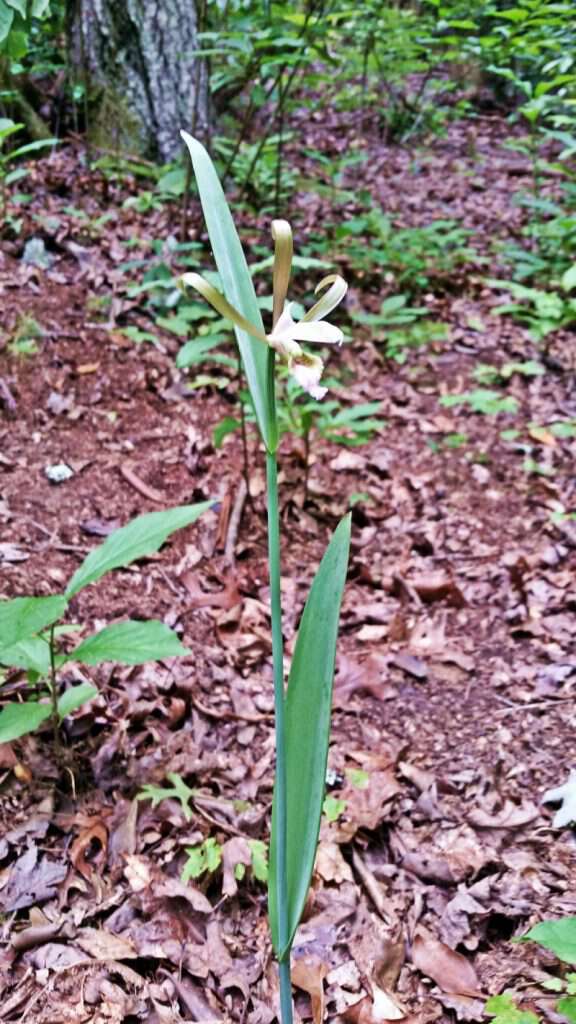 I got Chatter to post a picture to a plant group that she’s a member of and someone quickly identified the plant as a Rosebud Orchid.

The book Native Orchids of the Southern Appalachian Mountains has this to say about the flower:

After reading that I knew I had never seen the flower before. Have you?

Wish You Could Have Been At The Concert!

How to Grow Your Own Mushrooms