Smith and the Devil

When I read the April 6 Blind Pig and the Acorn on “Horseshoes Hold Good Luck,” I was very excited. The horseshoes is my favorite “lucky” item because it’s something so simple, so utilitarian, and yet represents a deep tradition that seems to go all the way back to the earliest storytellers who thundered out of the Russian Steppes sometime in the fourth millennia BCE. But, like the horse it was attached to, the horseshoe travelled across the Middle East, to Europe, and eventually to the Appalachian region, picking up new layers of meaning to become one of the most powerful folk-talismans in our collective magical bag of tricks.

Tipper has agreed to let me hijack her blog for a few posts to talk about the origins, mystery, and just good fun of the horseshoe and what it, as a symbol, tells us about us. In other words, I’m going to do a little of what North Carolina folklorist H. Byron Ballard calls, “forensic folklore.” The peeling back of layers of folktales to reveal the foundational knowledge at their core. In this post, I want to start with a story that establishes the horseshoe as the most powerful object we have to protect ourselves from evil and harm. It’s an origin story, of sorts, called “The Smith and the Devil.”

The story of “The Smith and the Devil” may be one of the oldest stories, outside the Bible, that we have. Folklorists think that the tale is at least six thousand years old. The oldest versions spread from India to Scandinavia before finding their way into Europe. Even the Greeks have a version of a blacksmith matching wits with a devil. All versions share some common characteristics: there is a smith, a devil (or THE Devil, a demon, a genie, even Death in one version), a deal, and then a turning of the tables on the antagonist that imparts a valuable lesson to the audience.

In Appalachia, variations of this old story can be found in the collections of The Brothers Grimm and Richard Chase. But, the version that best draws a clear connection between a story and the horseshoe, is the story of Saint Dunstan and the Devil. Saint Dunstan was an English Bishop in the 900s and eventually became the Archbishop of Canterbury. But, the folktales that sprung up around him center on his constant, intellectual battles with the Devil.

In an ill-fated novel I wrote, that sits in a box in my closet among my collection of cowboy hats, one of the characters tells his version of the Blacksmith and the Devil. This version is a hodge podge of several different traditions; however, it is set in Appalachia. So, I’ll share it here:

There is an old story about a blacksmith and the Devil:

A long time ago, the Devil used to walk the earth looking for trouble. Well, one day, the Devil goes to town, I think it was over by Bainbridge or closer to Chillicothe, but, anyway, he sees this farmer leading a lame horse. That old plow horse is limping and struggling down the street. Well, Old Scratch, he loves misery. So, he follows the horse, getting a thrill from every painful step.

Now, the old farmer ends up at a blacksmith and this is where Old Scratch gets interested. He watches the blacksmith walk around the horse, looking at each leg and finally settling on the back left one. The smith sets to work on the horse’s hoof. Takes off the shoe, cleans the hoof, and puts on another shoe. Well, won’t you know, that horse gets fixed right away and prances right out of town good as new. Scratch gets to thinking that the blacksmith must have some magic he’s never heard of.

So, he walks right into the blacksmith’s shop and says, “What you did for that horse you’ll do for me.”

The blacksmith takes one look at the devil and says, “No, sir. No sir, I won’t.”

The Devil gets testy. “I’m the Devil,” he says, “the Prince of Darkness.”

The blacksmith just gives him a dirty look, “I know who you are and I don’t much care. I don’t intend to do anything for you.”

The Devil says, “You better. Or I’ll make your life not worth living.”

The blacksmith was a good man. Not the type of man to give into threats. But, he understood where he was at that moment. He looks to the Devil and says nothing at all. He just sets to putting shoes on Scratch’s hooves. But, he puts them on real tight. The Devil starts pitching a fit like you’ve never seen. He’s screaming and jumping around.

The blacksmith leans back and measures out the situation.

“Tell you what, Old Scratch,” he says. “I’ll take them off. Take them off on one condition.”

Well the devil is hurting so bad he’d agree to anything. “Yes,” Old Scratch howls. “Anything.”

“I’ll take them off but you got to swear on that hole where your no account soul should be, that you won’t ever stir up nothing with me or my own.”

Old Scratch agrees. Now, he’s the Prince of Lies, to be sure, but pain will make a feller straight. Help him remember what to keep away from.

So, the blacksmith takes off the shoes and old scratch vanishes in a cloud of smoke and fire. That’s why, to this day, the devil won’t go near horseshoes, horseshoe nails, or anything made of iron, for that matter. He gives those things a wide berth.

Besides establishing why a horseshoe is a powerful, protective talisman, I like this story because the interaction between the Devil and the smith reinforces some essential Appalachian traits that, likewise, serve as powerful ways we can protect ourselves from harm and foolishness. When the Devil sees what the blacksmith can do, he sees magic because the Devil is a dangerous combination of arrogance and laziness. He expects to get everything for nothing. The smith, however, is a skilled craftsman. Skill, as we know, is a mix of experience/education and continued practice and application. But, to someone with no concept of hard work, skill might as well be magic.

This is an idea we see every week in the Blind Pig. Whether it’s the Pressley Girls playing us a new song, the latest Mr. Fix-it project by the Deer Hunter, or Tipper adding one more feature to her blog, we get treated to not only the finished project but the story of the work that went into it. We know the Pressley’s aren’t magic. We know they work hard at mastering their craft. In that way, the blacksmith in the story is an ideal Appalachian hero.

Another essential Appalachian trait is how our blacksmith responds to the Devil’s threat. He seemingly goes along with the Devil’s request…at first, before turning the tables on Old Scratch. Far too often, Appalachians are depicted as slow witted or “backward looking” with only parochial interests. But, this perspective misunderstands how we approach the world and its problems. In these old, old mountains we play a long game. The blacksmith realizes, at that moment, his options are limited. But, he needs to make a decision that gives him another opportunity to fix the situation he’s in. See, Appalachians, place themselves within The Creation rather than outside it. We know that each season becomes its own time with its own possibilities. Each season is a new chance to act.

The television show Justified, while taking a fictional, “crime noir” look at Eastern Kentucky, often slips in some pure Appalachian wisdom in the aphorisms of Deputy US Marshal Raylan Givens. One of my favorite moments is when Givens tells a bad guy, “You need to think real hard about what happens after what happens next.” I like to think the blacksmith was working that puzzle in his head as he started to shoe the Devil. Let’s face it, there is not a group of people on earth more inclined to study on the flow of cause and effect than the Appalachian people.

So, that’s the story of why the horseshoe is as powerful as it is in protecting us from evil and misfortune. But, as I tell my students, folklore uses story to place us within a wider theater of experience. I think this story also teaches us about having patience and practicing calm consideration in the face of fear and antagonism. As long as we start to consider what happens after what happens next and plan for what should happen, we find ourselves better able to overcome adversity. Even if that means just buying ourselves one more minute to study on the situation.

In my next post, I’ll be addressing the age old argument of how to hang a horseshoe and look at where that tradition may have come from.

I hope you enjoyed Ed’s post as much as I did! Be sure to drop back by next Tuesday for Ed’s second post in a series of three about horseshoes, folklore, Appalachians, and luck. 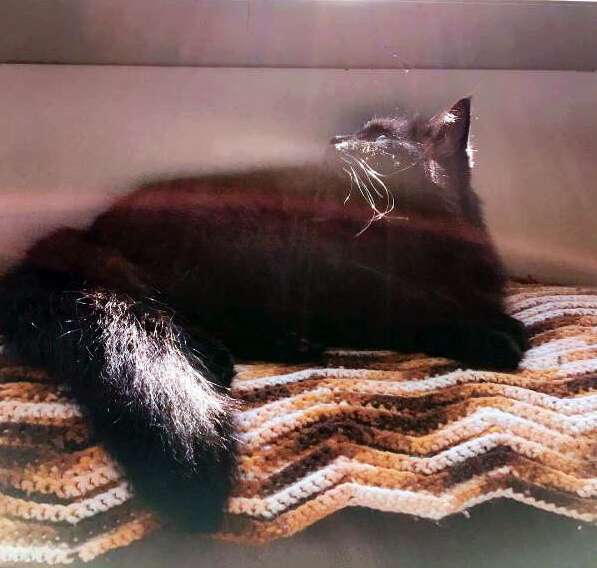 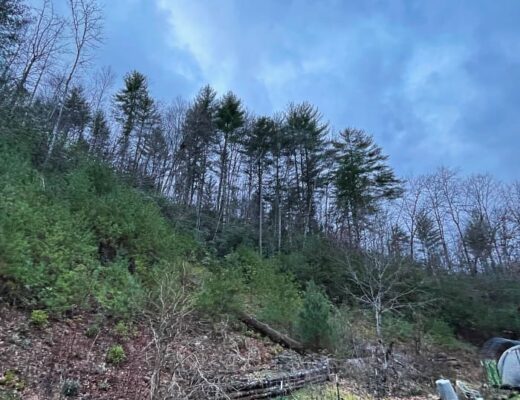 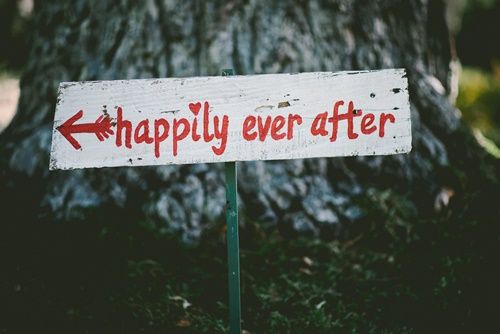