This Spooky October entry comes from Dave Tabler over at Appalachian History.

This is the story of the hainted house down by Mrs. Grundy’s house.

Well children, I’ll begin the evening of the quilting bee. When John and me was first married, the married women of the neighborhood all belonged to a club called the Quilting Bee. They met the first week after we’s married and invited me to join the club.

Well, I went to the Quilting Bee and all met at Mrs. Shutt’s, Aunt Mary as everybody called her. She lived in the house that is called the Hainted House now. This was one winter evening and Aunt Mary had a great big fire in the fireplace. We was sitting around the fire piecing quilt tops as fast as fingers could fly. The talk was flying thick and fast as fingers, or faster.

Then Granny Tucker began to talk about secrets. Granny Tucker said, “No one ever kept a secret all their lives without telling hit,” and she said if one person ever knowed anything that nobody else knowed that they always told one other person, at least, before they died.

Well, Aunt Mary rose and said, “I don’t believe this, for I have kept a secret all of sixty-five year without telling hit.”
We hushed and listened to her. Everybody knowed she was wanting to say something special.

“This,” Aunt Mary went on to say, “is my secret. All you kind people remember my good husband Tom, and have wondered why he left me to make a living alone. The fact is he never left me at all. He is still here—right in this house. Fact is Tom is in this very room.”

At this the women looked nervousness around. Aunt Mary never cracked a smile. She waited a second and then went on. “No, don’t look, for you can’t see him. He hain’t alive. He is dead, for I killed him with my own hands sixty-five year ago. I have kept my secret for sixty-five year, and if it wa’n’t for you—“ pointing at Granny Tucker, “I wouldn’t have never told it. Oh, well, it makes mighty little difference anyway. I may as well tell you the rest of it.

Tom come in one night—the very night he disappeared—and told me he was tired of living here and wanted to move west. I didn’t want to go, and then Tom told me he had a good bit of money saved. I didn’t know he had. Well, he said it amounted to about a thousand dollars in all. I was already mad, and I became very angry when he told me this. I decided, with the place and that money, I could do without Tom purty well, and before Tom knowed what I was doing I grabbed the poker and hit him over the head. He fell, and I bent over and found he was dead.

The tale broke up the Quilting Bee, and the women went home and sent their husbands back to find if what Aunt Mary told was true. Part of the men dug out around the fireplace and tore it down, and sure enough, there was a man’s bones behind the jamb rock. The law come to take Aunt Mary away but when they begun to look for her they found she was gone. Finally, they found her dead in the attic. She died the night she told her secret.

People tell now that you can hear Aunt Mary and Tom fussing about midnight if you will go and stand outside the house. No one will live there now. It is believed that the house is hainted.

I’m glad Dave found the old haint story-it reminds me of The Ballad of Frankie Silver-although in my opinion Frankie didn’t come out of her mess as well as Aunt Mary did. 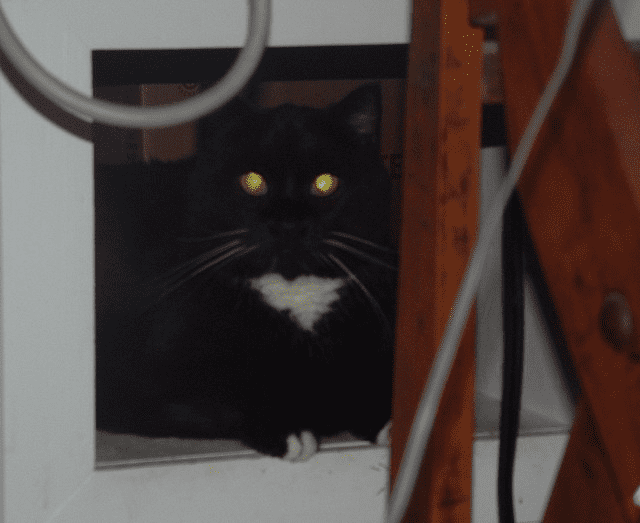 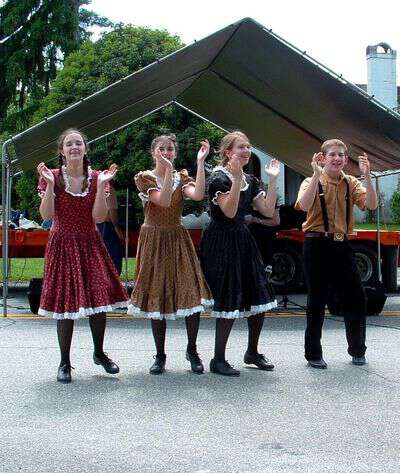 Spooky October 7: A Mother’s Love Defied The Bonds Of Death