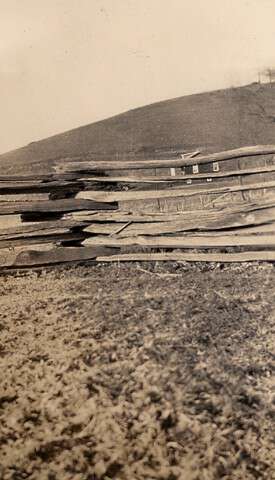 In the first post about hog slaughtering-I shared my funny story of being chased home by 2 big pigs. In Keith Jones’ guest post Hog Killin Day, he described a comical incident about his Uncle Blueford. After that-it seemed I kept hearing funny stories related to hog slaughtering.

One of the first I heard centered around Papaw Tony and his brother, Uncle Sam. The story also highlights 2 of the dangers that accompanied slaughtering day-boiling water and sharp knives.

Tony and Sam were both students at Haywood Community College. Sam had stayed home from school to catch up on homework, and their father, James, was going to slaughter a hog.

To aide in removing hair from the hog-it was common for folks to have a barrel buried in the ground at a slight angle. The barrel would be filled with boiling water-the pig would be ‘dipped’ into the water to scald the hair off and clean the hog as well. Although James had folks helping with the slaughtering, they called Sam out to help with dipping the hog. It had started to rain, and as they were handling the hog, Sam slipped and his foot went into the scalding barrel. As they tried to pull Sam’s sock off to see how bad he was burned-the skin came with it. Pig slaughtering was halted and a trip to the hospital was soon under way.

After returning from the hospital, it was decided that Tony should be called home to help finish the slaughtering job. When Tony arrived the process continued. As the hog hung from a tree, Tony held the hog open for James to clean out the innards. During the gutting-James’ knife slipped and cut Tony’s finger to the bone. Feeling horrible I’m sure-James said “come on and lets go down to the hospital and get it sewed up.” Thinking of Sam’s trip to the doc earlier in the day, Tony refused saying “I’m not going to the same Doctor for the same hog!” Tony fashioned a splint to hold the wound together. Both he and Sam recovered completely from their accidents-but that would be a hog killing day that no one in the family ever forgot.

Many of you left comments about becoming attached to hogs-only to have to part with them once slaughtering time arrived. The Deer Hunter had a similar experience.

His Papaw James bought 2 hogs to fatten up and slaughter for meat. From the beginning The Deer Hunter was warned not to become attached to them. From the beginning-he didn’t heed the warning. Ever chance he got he headed for the pig lot. Feeding the 2 pigs, petting them-in other words they become his best friends. I suppose the grown ups knew he would be upset when slaughtering day arrived-but after all they had warned him. On the big day-The Deer Hunter had a plan to stop them. He gathered a good supply of rocks and hid within easy throwing distance. As the men walked down to the lot-he began his rock attack. Not only did his plan fail-he said it was without a doubt the worst whipping he ever got.

I’ll leave you with one more funny story about hogs. It’s from Teresa in KY:

We were at my uncle’s house. He had 3 boys, each about our ages to match me and my sister and brother. When we’d get together with them, there was usually some mischief. We went out to the pen to see the piglets. Then someone decided to separate the momma sow from the babies so we could play with the little ones. All I remember was standing in the pen with a branch and trying to get between the momma and her babies. She turned and charged at me. She’d had enough!!! The next thing I knew, I was riding a sow, backwards, being jarred half to death as she trotted full-speed to the electric fence line, determined to get me, the enemy, out of her pen. I landed right across that weed-eater fence and it cut some good welts across both knee-caps. I went crying to the house and once the grown-ups realized how it happened, that was the end of our fun for the day. But I can’t help but smile at the vision of a 9-year-old girl riding a sow backwards at full speed, with my teeth rattling in my head. –teresa in ky

If you’ve got a funny story to add-please leave me a comment. 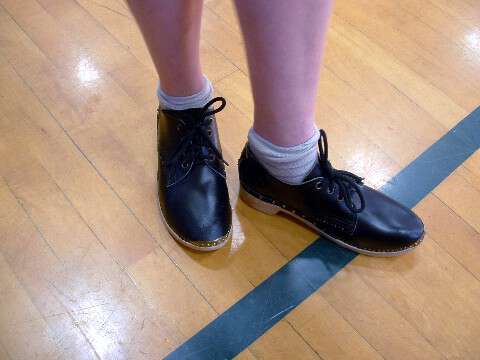 Clogging At The Mountain Folk Fesitval 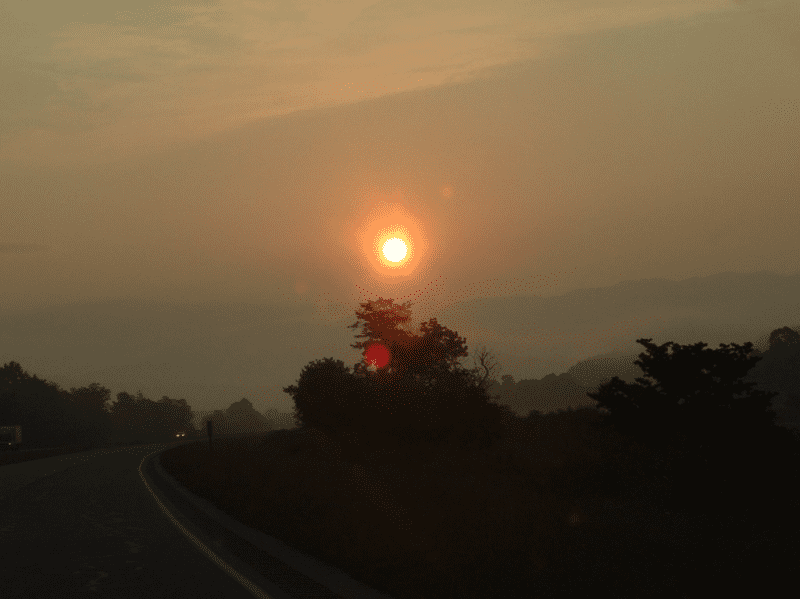 Summer Has Arrived In Appalachia 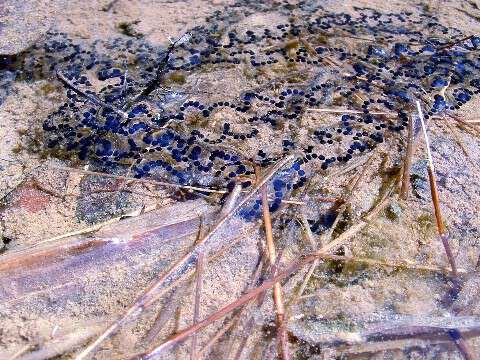 Springtime Hiking In The Mountains