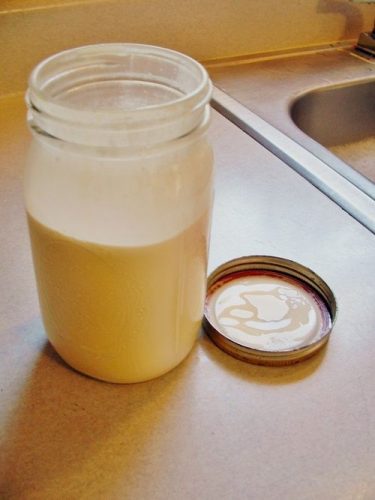 In Appalachian English, “bonny-clabber” describes a milk-product typically described as curdled sour milk. Bonny-clabber was once commonly consumed in Appalachia, although it now appears to have passed out of fashion. But while the milk product and its name came to America with the Scot-Irish settlers from Ulster, “bonny-clabber” does not come from Scottish English. The assumption that it derives from the Scottish word “bonie” (“beautiful”) plus “clabber” (sour milk) is erroneous. The best evidence is that the term came from the Celtic language, centuries ago – making “bonny-clabber” one of the most ancient phrases preserved in Appalachian English.

First – what exactly is “bonny-clabber” or its shortened form, “clabber?” The earliest description I have found is by English playwrite-poet Ben Jonson (1572-1637), who wrote that “Bonny-clabber . . . is sour buttermilk.” The Works of Ben Jonson, Volume 5 (W. Gifford, Esq., ed., 1875 ), at p. 310. Jonson claimed to be descended from folk of the English-Scottish Borderlands, and thus may have been personally familiar with “bonny-clabber.”

One important staple of this [backcountry] diet was clabber, a dish of sour milk, curds and whey which was eaten by youngsters and adults throughout the backcountry, as it had been in North Britain for many centuries. In Southern England it was called “spoiled milk” and fed to animals; in the borderlands it was “bonny clabber” and served to people. Travelers found this dish so repellent that some preferred to go hungry.

Albion’s Seed – Four British Folkways in America (1989), at p. 728. “Curds and whey” is the old description of what we now call “cottage cheese.” The meaning of “sour milk” is unclear. Sour milk may have been unpasteurized milk that had naturally acquired a sour taste through bacterial fermentation at room temperature, or it may have been synonymous with old-fashioned buttermilk, “the sour tasting thin liquid leftover from making butter.” See Wikipedia, Soured Milk.

In the Ulster Journal of Archeology, Volume 2 (1854), at page 204, “bonny-clabber” is described as “sour milk, when it has grown very thick and flaky.” The contemporary on-line edition of Merriam-Webster’s Dictionary holds that it is “sour milk that has thickened or curdled,” dating this usage to 1634. The Merriam-Webster definition coincides, but only in part, with this description from The Literary Gazette, Vol. 11 (1827) at p. 152:

Swift translates the lac concretum of Virgil by ‘bonny-clabber,’ that is, says he, ‘thick sour milk.’ In allusion to this curdled state, it is called by Heath, who has the word in many places, ‘the Irish tough bonny-clabber.’ Our old writers usually understand it of stale whey or butter-milk.

Another Southern dish is clabber and curd. We have clabber for supper, with cream and sugar. I have regular curd drippers — large tin-cups, with a number of holes in the lower part. In the evening I fill as many drippers with clabber as I want cakes of curd for breakfast, and the next morning I have firm curd, or cottage cheese. Eat it with cream and sugar. Another way is to pour boiling water on the clabber. The curd and whey soon separate, but then the whey must be thrown away. When you drip the curd, the whey answers the purpose of cream of tartar in biscuit or corn-bread.

It appears that there may have been no strict definition of “bonny-clabber,” but a general idea which varied from one region to another.

So where did the term originate? Investigation of this issue is made difficult by the evident desire of different cultures to attribute the dish to someone else, presumably owing to its bad reputation. According to the Ulster Journal of Archeology, cited above: “‘bonny-clabber” seems also a pure English expression . . . .” John Russell Bartlett attributes it to Ireland. See Dictionary of Americanisms: a Glossary of Words and Phrases Usually Regarded as Peculiar to the United States (3rd Ed. 1860) at p. 43. The best analysis, in my opinion, comes from Charles Mackay:

Bonny is a corruption of the Keltic bainne, milk, and clabber appears to be the Keltic clabar, dirty, nasty, applied contemptuously to a drink.

Glossary of Obscure Words and Phrases in the Writings of Shakspeare and His Contemporaries (1887), at p. 33. I tracked down a Celtic dictionary verified the definitions given by Mackay. A similar derivation could be taken from the Irish Celtic words, baine, milk, and clabar, mud.

Safe to conclude, I believe, that “bonny-clabber” comes from an ancient Celtic usage which endured, until the age of pasteurized milk, in the cultures of the Borderlanders of North Britain and the Scots of Ulster, who brought the dish and the term to Appalachia. Probably the only way to replicate real “bonny-clabber” would be to obtain some unpasteurized milk and a butter churn, that being the only way to produce real buttermilk, and mix the buttermilk with some home-made cottage cheese. That would be more trouble than most folks want to take. So although it was once common in Appalachia, from western Pennsylvania to the Great Smokies, “bonny-clabber” has almost surely passed into history.

Hope you enjoyed Jay’s research as much as I did. I’ve never had bonnie clabber and I’m not sure I’d like it if I did. In days gone by most folks had access to fresh milk and it seems to me bonnie clabber was a make do dish. As for the longevity of the words, at least the clabbered part is alive and well here. Pap and Granny always said the milk was blinked if it was sour, but if it was really bad they said it was clabbered. Since Pap and Granny used the words blinked and clabbered to describe spoiled milk, my brothers and I do too. Hopefully our children will teach the words to their children and we’ll keep the Appalachian words for spoiled milk going a few more generations. 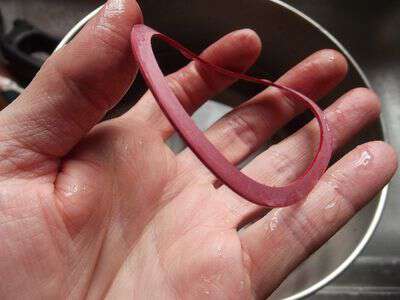 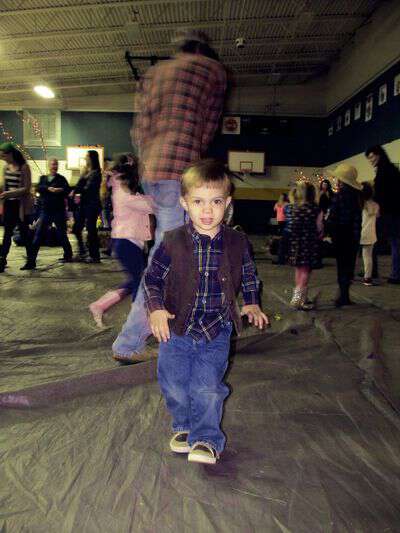 Appalachia Through My Eyes – Stem Winder 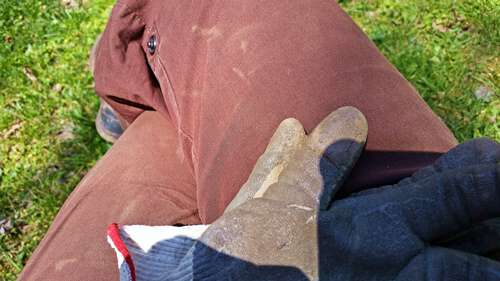 Appalachia Through My Eyes – A Day’s Work