Spotlight On Music In Appalachia – Currence and Minnie Hammonds 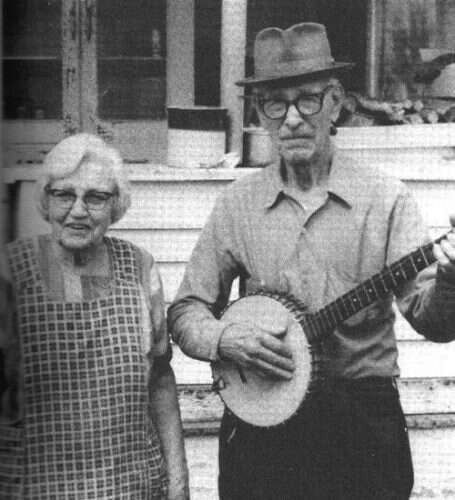 Photo of Currence and Minnie Hammonds (by Gerry MIlnes in 1980 from the book “Play of A Fiddle” about traditional music, dance and folklore in WV)

In 1978-79 I spent 10 months as artist-in-residence in Randolph County, West Virginia. My job was to promote and present programs of traditional music and dance for schools and community groups. In the process I met a number of wonderful local musicians. Two of the most memorable were Currence and Minnie Hammonds of Huttonsville, WV.  They were  both born in 1898 and married in 1915, raising a family of nine children. Both came from musical families and they had a repertoire of songs that had been passed down for many generations. Currence’s cousins (who spelled their last name Hammons) and lived in neighboring Pocahontas County were the subjects of a series of documentary recordings by the American Folklife Center of the Library of Congress.

I spent many happy times at Currence and Minnie’s home, visiting and being treated to their singing. They mostly sang unaccompanied in the old time ballad style that included such traditional vocal embellishments as sliding a note into falsetto at the end of a phrase. Currence also played old time clawhammer style banjo and Minnie used play too but by that time she had quit due to arthritis. They associated each song with a particular relative from whom they had learned it.

Since this is Halloween week, I’ll mention one of Currence’s favorite ballads, “Jimmy Ranvul” which has both a murder and a ghost. He told me:

“Now I always did like that one. You know the reason I always like it, my mother used to sing it. She’d sit and sing that of a night for us. In the fall you know, she’d sit spinning or knitting, singing that piece for us kids. We’d sit right there listening to her sing it. We’d make her sing it, maybe two or three times.”

There are many versions of this ballad. The Dillards had a bluegrass version called Polly Vaughn and there’s an Irish version called Molly Bawn. The young man is sometimes called Johnny Randle. The story is about a young man who goes hunting, mistakes his true love for a swan and accidentally kills her. He is arrested and about to be tried for murder when the ghost of his true love appears in court and gives exculpatory evidence.

Jimmy was a-hunting out late in the dark
He shot Molly Bender and he missed not his mark
Well, he ran up to her and found she was dead
In front of her bosom a tear Jimmy shed.

Well he run back home again with his gun in his hand
Dearest uncle, dearest uncle, Molly Bender I’ve killed
Out stepped his old father with his locks very gray
“Stay at home its young Jimmy, do not run away.”

“Stay at home its young Jimmy, til your trial will draw near
The laws of our country will set Jimmy clear.”
The day of Jimmy’s trial her ghost did appear
With her apron pinned around her, saying “Jimmy come clear.”

You can take all these pretty girls and place them in a row
Molly Bender shone amongst them like mountains of snow
Molly Bender she’s dead and almost are gone
With her apron pinned around her, she was shot for a swan.

I hope you enjoyed Bob’s post about Currence and Minnie-makes me wish I could have known them too. Since I’ve never heard the song before I looked for a video of Jimmy Ranvul on youtube-but didn’t find one. I did find the Dillard’s version Bob mentioned.

Don’t it make you wish Bob had been able to video Currence’s version back in 1978? 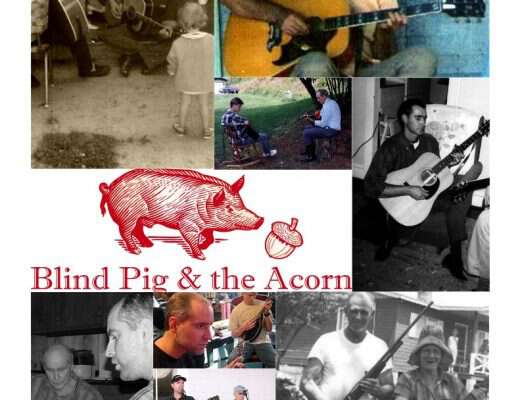 The Music Of The Mountains 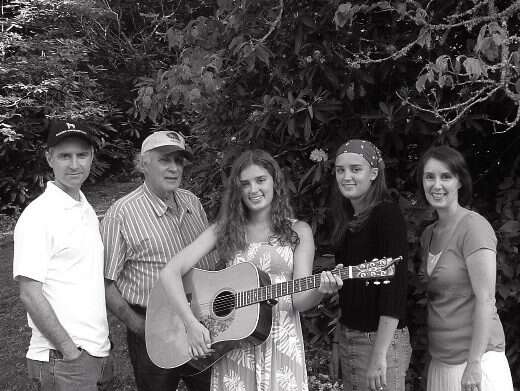 Pickin’ & Grinnin’ In The Kitchen Bloopers And A Giveaway