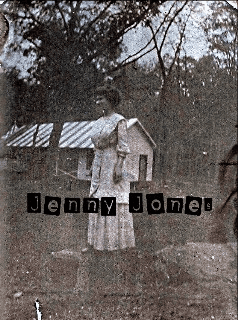 As we began our journey of games, I mentioned Play Party Games were very popular in the mountains of Appalachia. In The Frank C. Brown Collection of North Carolina Folklore he expands on the subject:

Of the game divisions that of Courtship and Marriage Games contains by far the most material. The reason for this fact is obvious. In the mountain districts, from which most of the games of this type were collected, the “play-party” was a social institution of great importance. Residents of the localities, most of them people of simple tastes, had brought with them the folk traditions from their native land. Cut off from contact with more sophisticated centers, they were forced to find or to create their own forms of entertainment and accordingly fell back upon this folk traditions, a sizable part of which consisted of the ballads, tales, and games which were common heritage from English, Scottish, or Irish ancestors.

Dramatic games were also highly popular, this division ranking second in point of size. Children have always been and always will be actors and imitators, whether in the mountains of North Carolina or on the sidewalks of New York.

The quote from Frank C. Brown leads us to the game I’d like to share today: Jenny Jones. According to Brown Jenny Jones was one of the most popular and widely known play party games. It appears to have originated in Scotland, and is especially interesting because it portrays the courtship of Jenny or at least the attempted courtship. By the end of the game, in true ballad fashion, Jenny has died and the color of her burial clothes must be chosen.

The following version of Jenny Jones was documented in Madison County NC.

*A group of children form a line while holding hands. Two from the line act out the parts of Jenny and her mother while everyone sings the parts. Jenny hides behind her mother as the line advances singing:

*The verses go on with the answer being that she is upstairs ironing, cooking, scrubbing, etc. As the verses continue, the mother answers that Jenny is sick, then better, then worse, and finally dead. The dancers go back to the starting place and on their way back sing:

*The mother says Blue-and the others answer:

*Then the singers retire and advance again, this time asking:

*The mother replies under the apple tree which causes the line of singing dancers to carry Jenny to a pretend apple tree where they pretend to bury her. As they begin to move away Jenny rises from the floor and the others sing:

*Jenny then gives chase to the group and whoever she catches is the next Jenny Jones.

I’ve never played the game Jenny Jones nor had I ever heard of it until I ran across it while researching for the Blind Pig. But, I can totally see the appeal the game had to children. I know it would have fit perfectly into every slumber party I ever went to along with plenty of screaming and probably some crying over poor Jenny and her lonesome beau too.

Have you ever heard of the game? 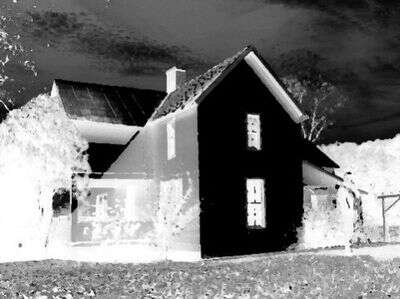 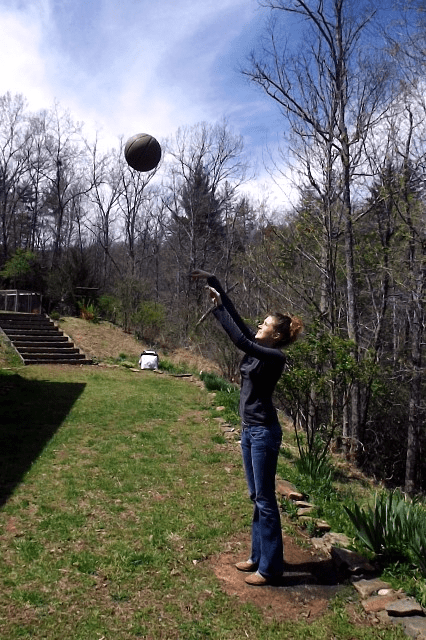