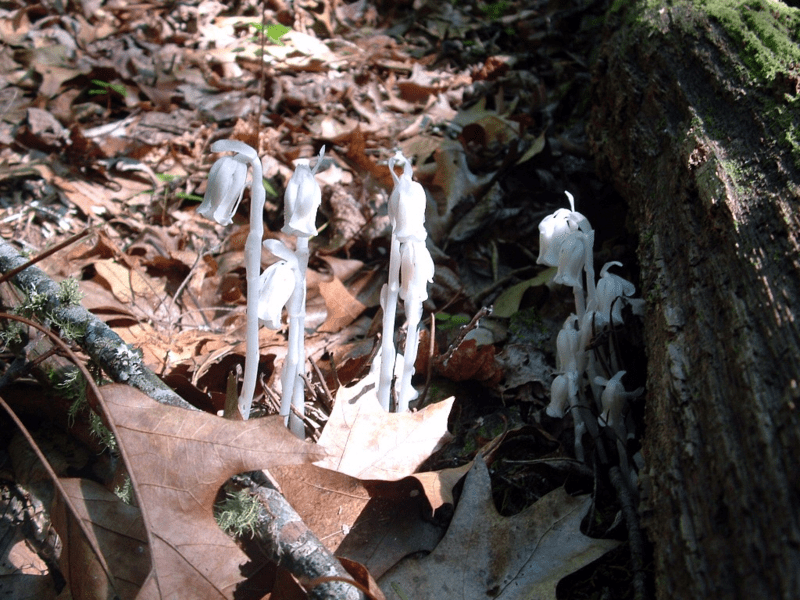 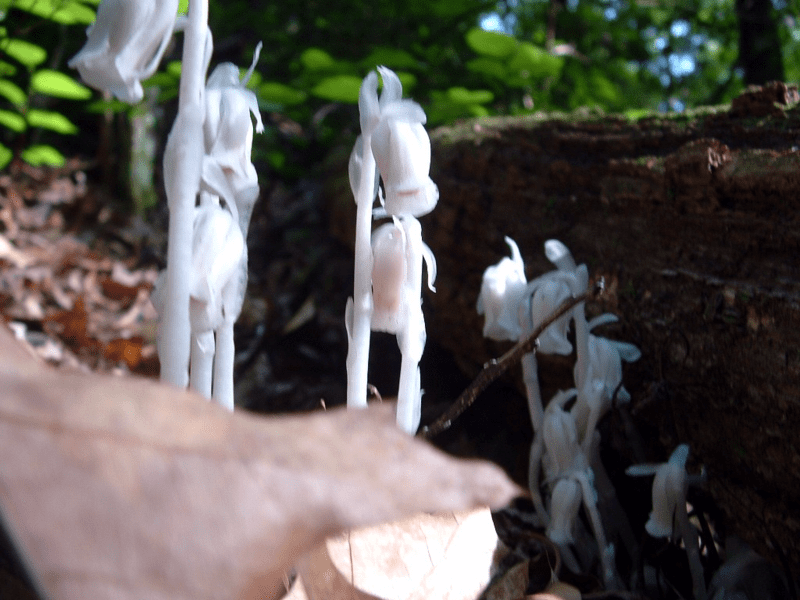 If you’ve ever seen them growing in the woods it’s easy to see where they got their common names. The white almost translucent look of the spindly nodding plant is eerie enough to conjure up the images of Ghosts or even Death. And the shape of the narrow stem with a nodding head does indeed resemble an Indian’s smoke pipe. 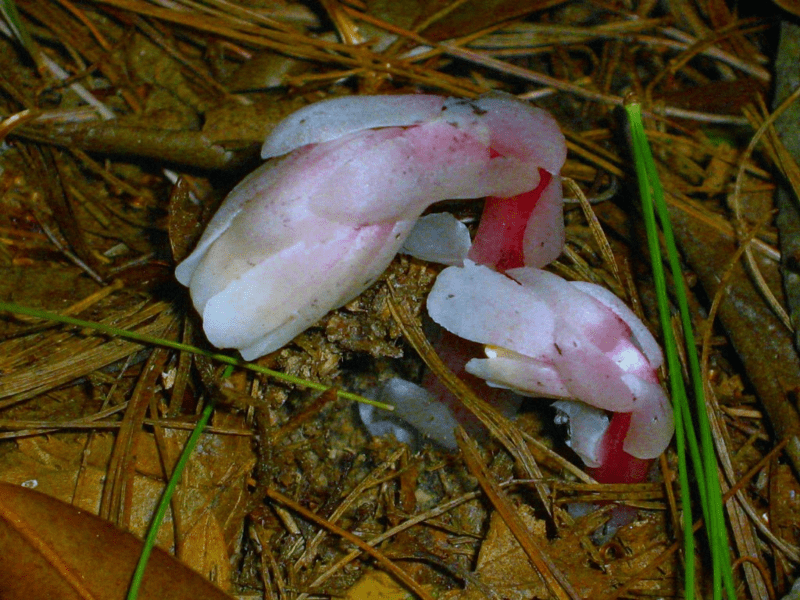 Indian Pipes are typically white, although sometimes they have a pinkish cast to them. The plant’s strange white look is due to the lack of chlorophyll. In other words the plant doesn’t use the process of photosynthesis that most plants do. 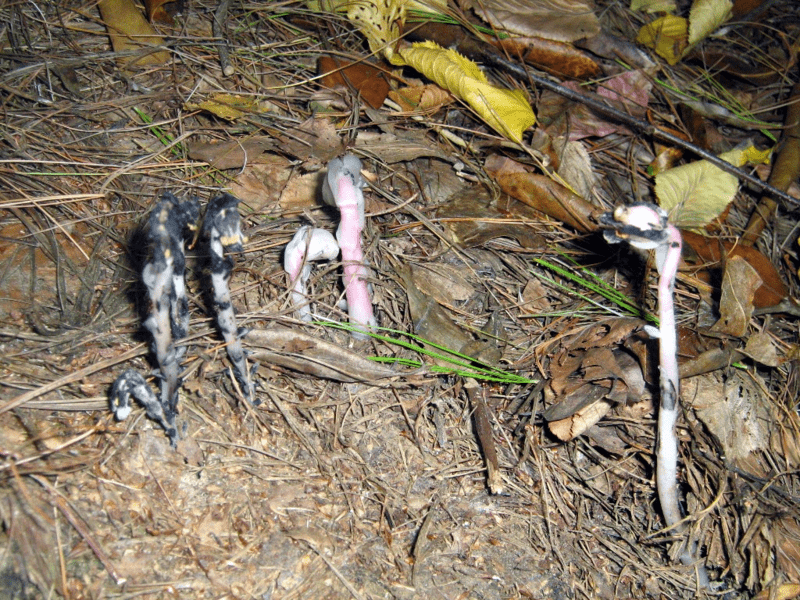 Some folks think Indian Pipes act as a sort of parasite feeding on the the nutrients that have all ready been digested by tree roots or nutrients from decaying plant matter in the form of rotting logs or stumps. While others say they actually feed on the nutrients from a specific type of fungi that populate tree roots.

Once the plant finishes it’s growing season the pipes turn completely black, almost looking like burnt matchsticks-another part of the plant that adds to it’s mystery or creepiness. If you pick an Indian Pipe it will soon turn black. 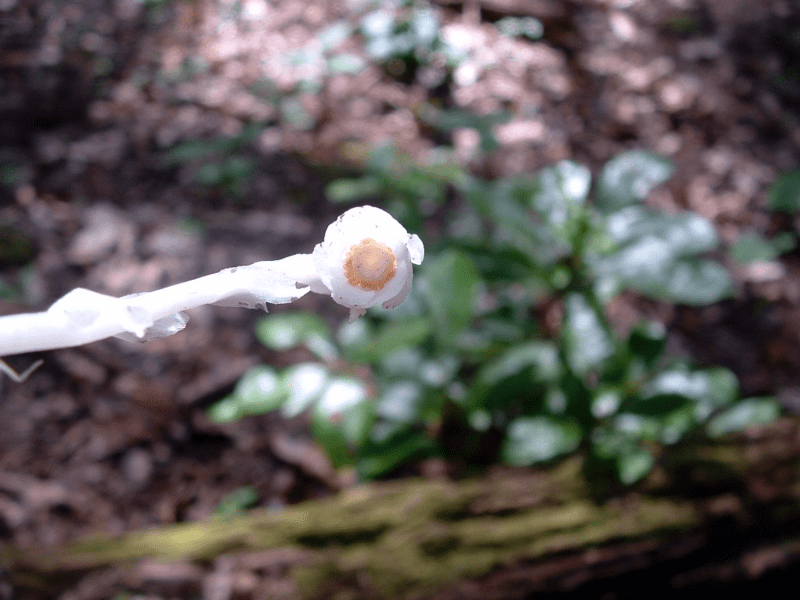 The nodding flowers of the plant amazingly raise their heads to the sky in a last hurrah of sorts to make sure their seeds are broadcast to ensure the next generation of Indian Pipes are born the following year.

There is much folklore surrounding the strange plant.

I found the following about the Indian Pipe/Ghost Flower in a book from 1917-it was written and Published by Neltje Blanchan-Wild Flowers Worth Knowing. The author thought the plant was indeed evil:

“Among plants as among souls, there are all degrees of backsliders. The foxglove, which is guilty of only sly, petty larceny, wears not the equivalent of the striped suit and the shaved head; nor does the mistletoe, which steals crude food from the tree, but still digests it itself, and is therefore only a dingy yellowish green. Such plants, however, as the broom-rape, Pine Sap, beech-drops, the Indian Pipe, and the dodder–which marks the lowest stage of degradation of them all–appear among their race branded with the mark of crime as surely as was Cain. No wonder this degenerate hangs its head; no wonder it grows black with shame on being picked, as if its wickedness were only just then discovered! To think that a plant related on one side to many of the loveliest flowers in Nature’s garden–the azaleas, laurels, rhododendrons, and the bonny heather–and on the other side to the modest but no less charming wintergreen tribe, should have fallen from grace to such a depth! Its scientific name, meaning a flower once turned, describes it during only a part of its career. When the minute, innumerable seeds begin to form, it proudly raises its head erect, as if conscious that it had performed the one righteous act of its life.”

Although I’m not quite sure how plants could be considered backsliders-the quote sounded so old world Appalachia I had to share it with you.

Have you ever seen Indian Pipes? Do you think they’re creepy?

This post was originally published here on the Blind Pig in June of 2010. 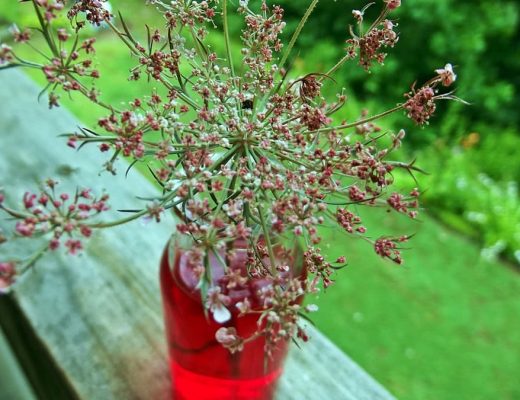 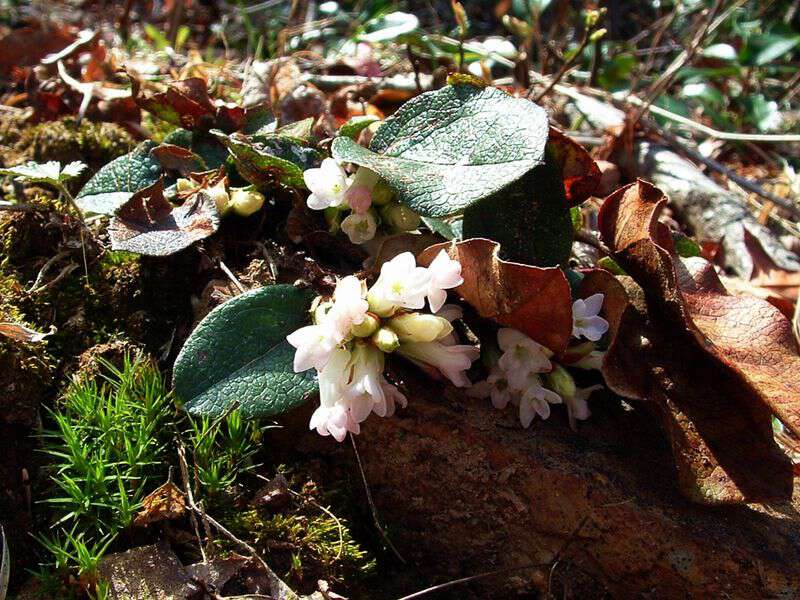 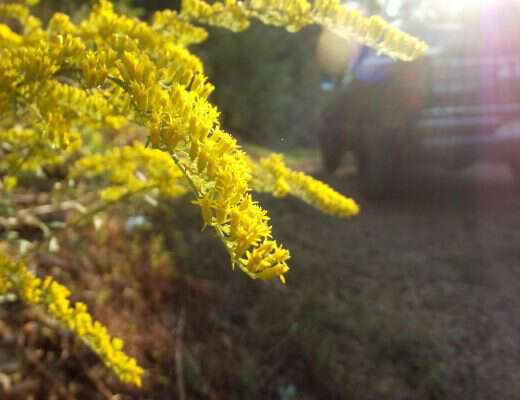 Appalachia Through My Eyes – Goldenrod