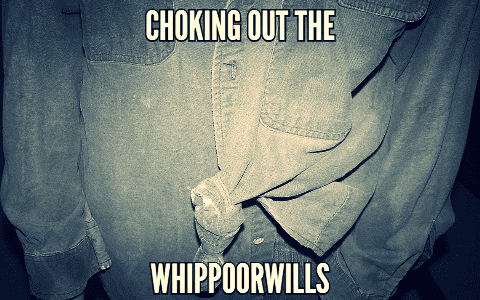 I grew up hearing Pap tell a very silly story about Whippoorwills.

Old Man Jeff claimed to have been responsible for choking out  the Whippoorwills in Bellview (a local community). Pap said back then Whippoorwills were so plentiful that fox hunters said they interfered with their hunting.

The story or should I say “tall tale” is funny enough, but Pap says the recording was even funnier.

At the end of the recorded story you can hear a lady say “Anybody who’d believe that is standing on their head!” The interviewer asks who the lady is and Old Man Jeff says “That’s my crazy old woman she don’t believe nothing!”

I love hearing the call of the Whippoorwill. The sound is kind of eerie and lonesome. Seems each year I hear them less. In some areas the Whippoorwill population has been decreased by as much as 80%-not because of someone choking them out with their shirt-tail, but by the continued spread and sprawl of people. 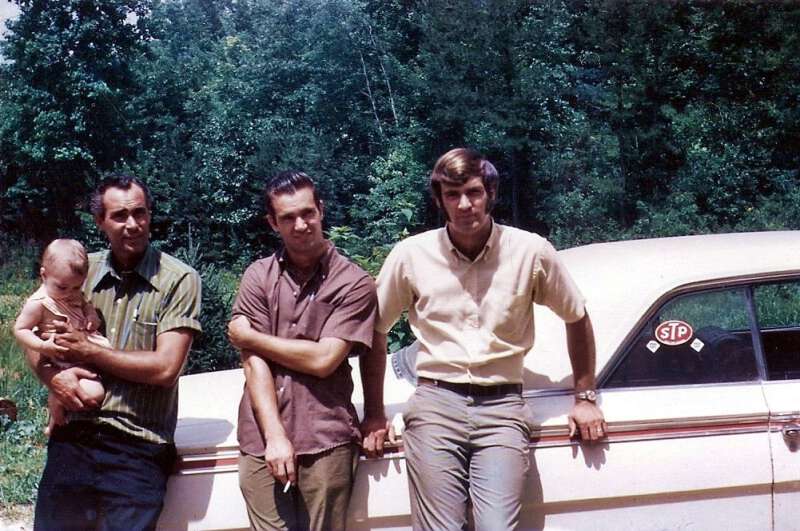