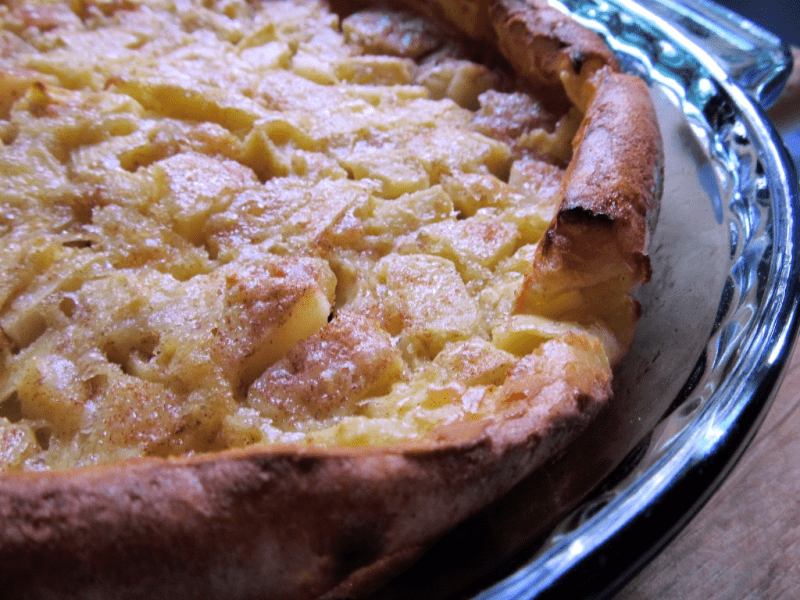 I first shared this recipe with you 3 years ago. The dish is also called Apple Pfannekuchen. It’s such an easy recipe to make that it’s become one of my go to meals for a quick weekend breakfast. 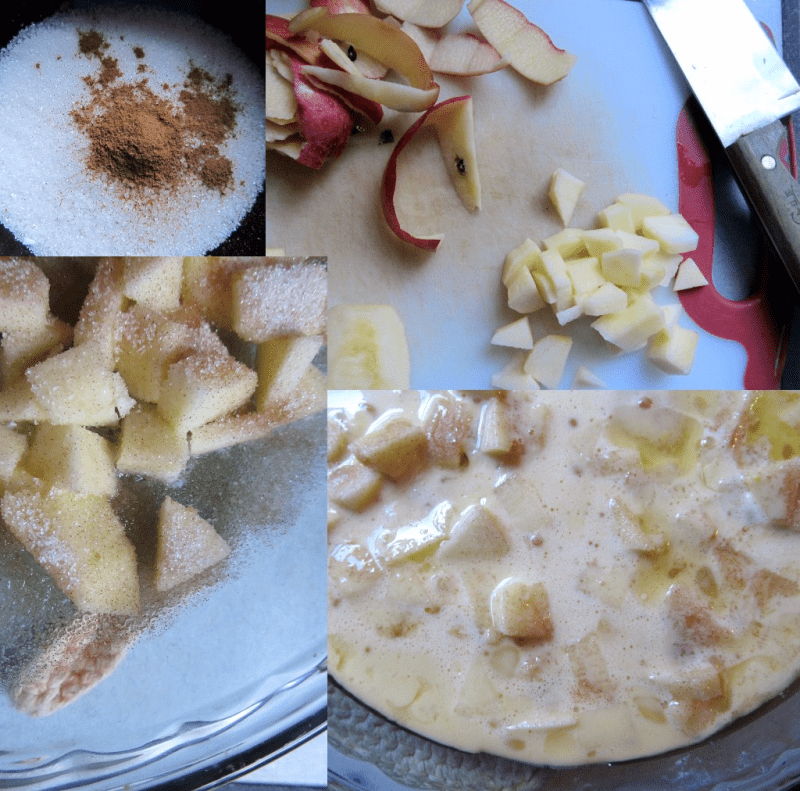 Preheat oven to 400°. Put 2 tablespoons of butter into a pie plate and set it in the oven while its warming up so that the butter will melt. 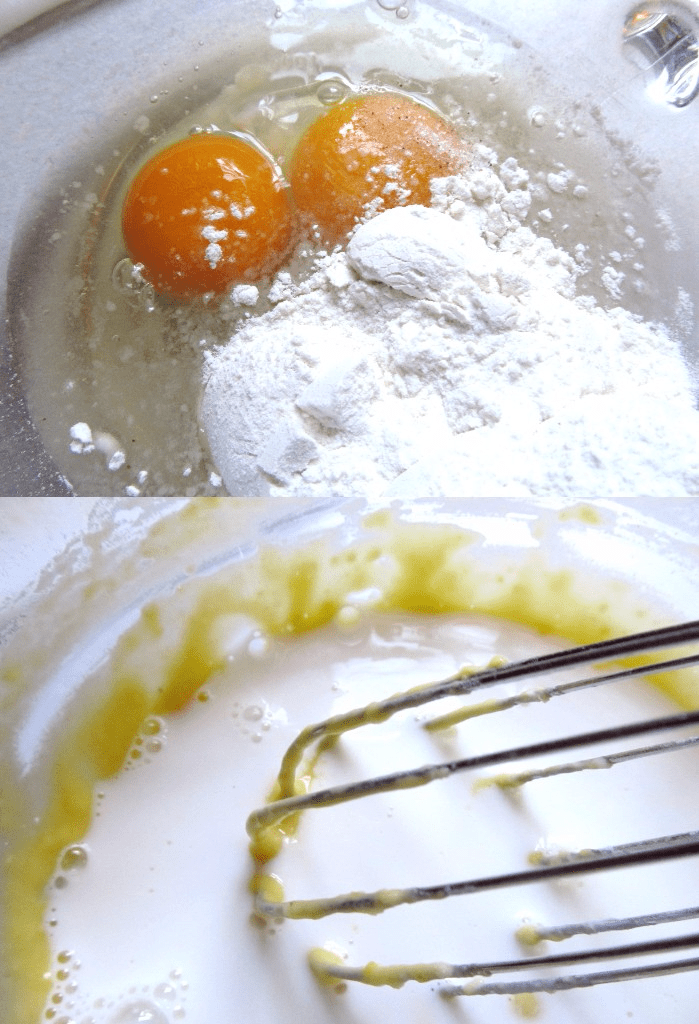 Whisk together eggs, flour, and salt until smooth. Add milk and blend well.

Mix sugar and cinnamon together in a small bowl and set aside. 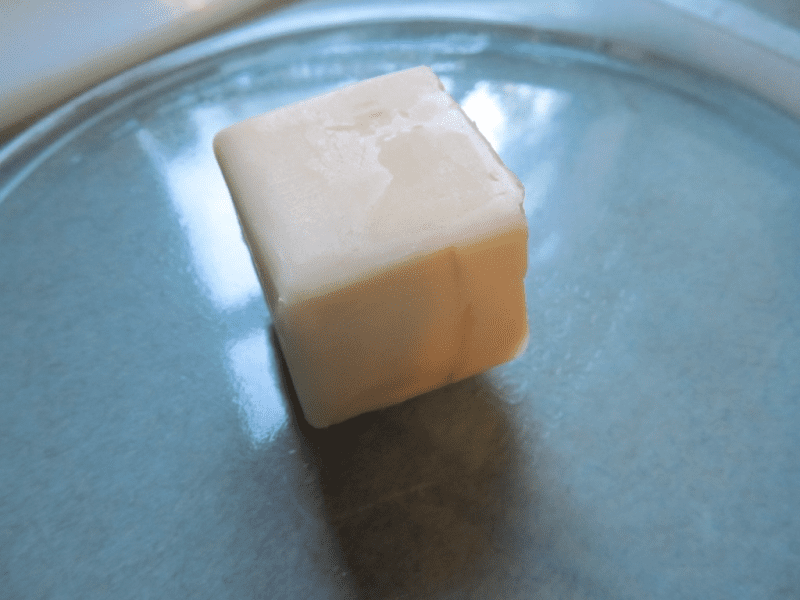 Once butter has melted, throw the chopped apple into the pie plate and sprinkle with sugar and cinnamon. Pour the milk-flour mixture over the apples and bake for 18-20 minutes or until its puffed up and golden brown. 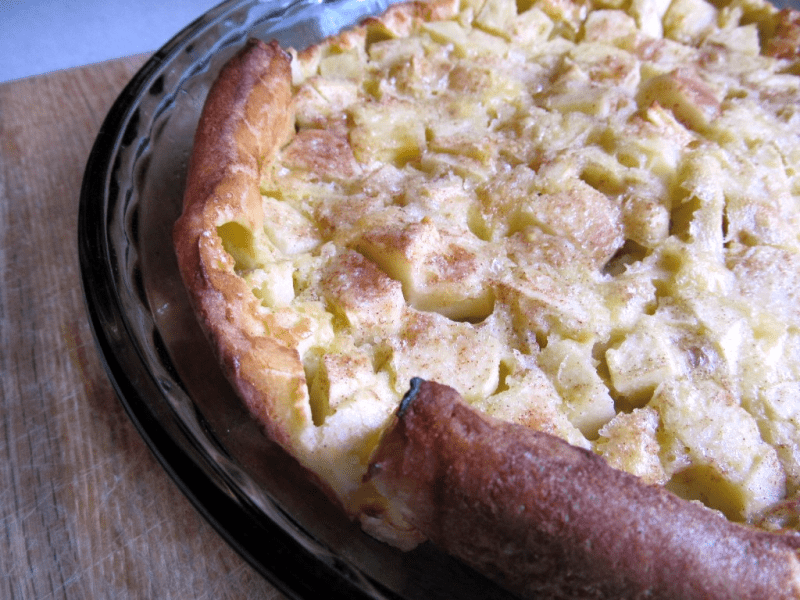 You can drizzle syrup on your Dutch Apple Pancake, sprinkle powdered sugar on it, or eat it plain.

If you’d like to print out the recipe jump over to the website where I first found the recipe here.

I love the recipe because it’s tasty, super easy, and makes the perfect amount for a quick breakfast with no leftovers for my family. After I made it a few times, it occured to me that it might have an Appalachian connection. I thought it might be a German recipe and since northern areas of Appalachia have more of a German influence than the southern Appalachians where I live, I asked my friend Matthew Burns who lives in West Virginia and loves Appalachian history and culture as much as I do if he was familiar with the recipe. This is what Matthew had to say about  apple pfannekuchen:

Yes we have apple pfannekuchen back home. Good stuff. I personally prefer them with strawberries, or with thick bits of smoked bacon. But I have not turned down the apple ones either. My mom makes pfannekuchen for the kids using nutella and they seem to like it, but I’m not the biggest fan of nutella. You should check out a recipe book that many of my relatives contributed (years ago) called Mennonite Community Cookbook by Emma Showalter. It is all old German recipes. You can find it on ebay and places, it usually isn’t very expensive if you get new editions. It is based in the Shenandoah Valley of Virginia (which is just on the other side of the mountain from where I grew up). 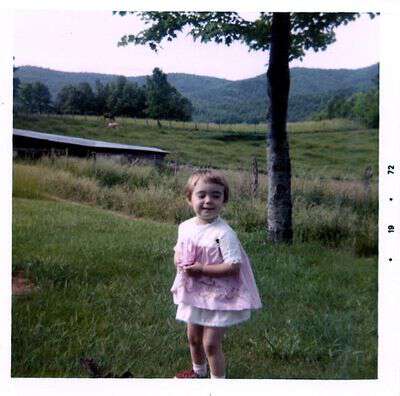 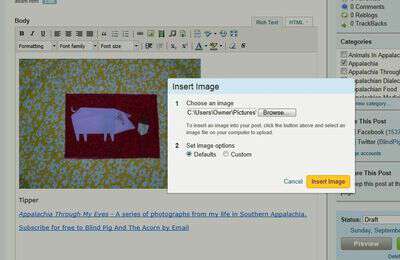 Appalachia Through My Eyes – Don’t Know You From Adam