You’ll Be Rewarded Over There 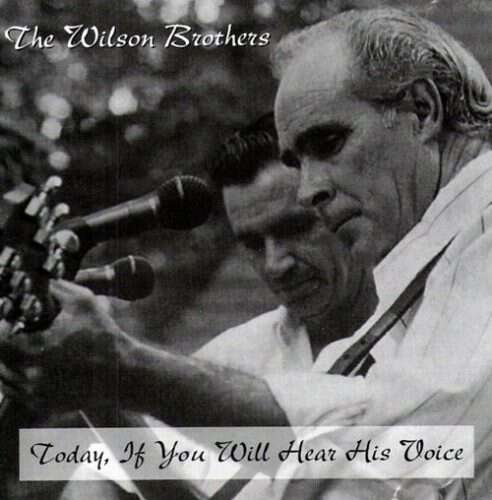 In the past few weeks, I shared what the music of the Wilson Brothers sounded like with a full band and without a full band over on our Youtube channel. In the video I’m sharing today, I thought I’d make the comparison even more direct by sharing two versions of the same song.

I found the first version on a reel to reel tape. I thought it would be cool to leave the false start at the beginning. In case you can’t make out what’s said: Pap says, “I’ll be ready next time” because he didn’t start the rhythm with Ray’s lead guitar. Ray then twice asks, “Was that too fast?” Pap then says, “hmm uh” to say no, then they start again. 🙂 I have no idea how to spell that slang version of saying “no,” but that’s what I hear.

The second version comes from the “Words of Life” album. In the opening screen, I typed that it was recorded in Marietta, GA because I read that somewhere; however, I pulled out the record itself (not the album cover) and it says “Chattanooga, TN.” So who knows.

Please feel free to comment about which version you like the best. I like both versions very much, but when they’re juxtaposed like this, the absence of or reigning in of Pap’s Dove in the studio version makes that cut sound a little like it’s all treble and no low range. I really like the runs Pap made during Ray’s guitar breaks on the first version, which put me in the mind of Red Smiley’s runs in “Bringing in that Georgia Mail,” but those runs are absent from the studio version. However, I really like Henry’s playing on the Gretch and the flat top runs that Ray made during the steel break in the studio version. I don’t know who played the steel and the snare drum on that album, but I wish I did.

The photo in the first half of the video shows Pap and Ray before they ever started performing (Pap on the left and Ray on the right). It comes from the back tray of a CD they put out in 2003.

“You’ll Be Rewarded Over There” is a song that stuck in Pap’s consciousness from an early age because an uncle of his or some other relative on his mother’s side once drove around the countryside blaring it from a giant speaker or megaphone that he had rigged to the top of his 1940 something car.

The first thing that struck me about this song when I first heard it as a kid is the way the note is flattened by both vocals and then moved back in place in the middle of the verse in the low chord. I would have heard the Wilson Brothers sing it before I ever heard the original Louvin version. If you compare the Louvin version to the Wilson version, the most noticeable differences are:  The Louvins go to E minor (if playing in G) at the end of the chorus before going to C, while the Wilsons leave the minor out entirely. Charlie holds or stretches out the words, “If you’ll serve Him in this life…” while Ray repeats the repeat or half-time along with the tenor vocal: “If you’ll serve Him, serve Him in this life…”

I believe the song was one of the earlier tunes released by the Louvins on Capitol. Around that time, Capitol would not allow them to release any secular songs, only gospel. Martha Carson had previously migrated from gospel to some secular music, and the transition didn’t go over well with some fans, so Capitol was reluctant to allow the Louvins to do the same, since their gospel music was quite popular and a good money-maker for Capitol. Their first secular release for Capitol was “When I Stop Dreaming,” which was a complete home-run with fans and one of the highest charted songs of their careers. In 1998, I had the pleasure of spending an entire day with Charlie at his museum in Bell Buckle, TN. I played his guitar on the local radio station there and had lunch with him. Pap and I also sang some trio songs with him. In every encounter I ever had with Charlie, he was very giving of his time and down to earth. Anyway, I hope you enjoyed this video. Thanks for watching!

I hope you enjoyed Paul’s post and the comparison of the song. Like Paul there are things about each version that I love. Both make me feel like a skinny little backward girl again. Us kids always thought Henry’s picking on the studio version was really something and it is. But the simplicity of the first version really speaks to where we’re from and since Henry didn’t always play with them so it’s the truer sound to the music they made for most of their career.

Have a great Sunday! 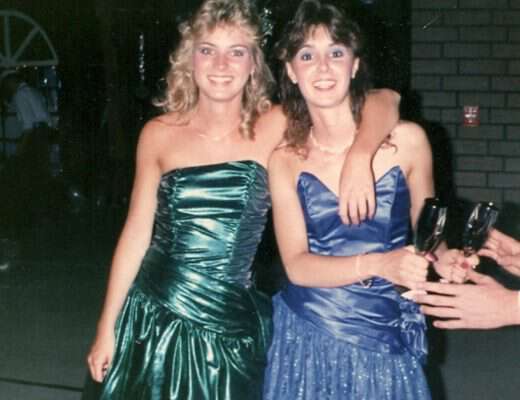