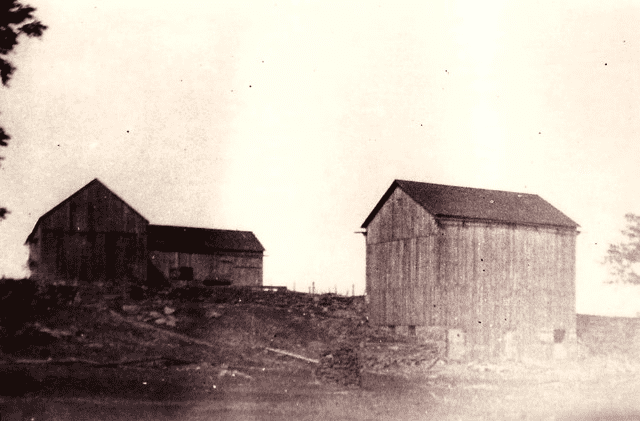 It was a hot dry summer, much like this one has been. Water was scarce, and crops looked pitiful in the fields. To complicate matters, our well went dry. What were we to do for drinking water?

I don’t remember the exact year, somewhere in the ‘30’s after the economy, too, had fallen in the crash of October, 1929. Times were hard, and to have the well go dry was adding another angst to the already long list of woes the farmers in Choestoe Community faced.

I was old enough to remember, and to think of how serious was our situation. I remember my father, J. Marion Dyer, praying that he could find water as he went on his search.

Remembering this incident, I thought it quite strange that he went out to one of the peach trees near our garden and looked until he found a branch. He cut it, and in his hands he held a “y”-shaped limb.

With the limb in one hand and a shovel in the other, he went walking down the dirt road by our house. I was following close behind him, full of curiosity. When he got to the trail that angled up on the bank, the trail on which we drove our cows daily to pasture, he turned right. I followed right behind him, stepping fast to keep up with him and see where he was headed.

We had a v-shaped walk-through entrance in the fence leading to the pasture where people could enter but where the animals could not get through. Dad went through this entrance, and there I was, following not far behind him. He propped his shovel at the fence and moved on.

He proceeded on through the pasture, and after descending the hill we were in sort of a little valley, with a stream, now only a trickle from the drought, providing the only water our cattle had to drink, since our well was dry and we could not fill the watering troughs at the barn.

Daddy made a right turn again, and walked a distance into the glade. On each side of the now nearly-dry stream elder bushes grew. These too, looked skimpy in that hot, dry summer heat. Even in the mountains of North Georgia, the weather was unseasonably hot.

I saw my father grip the peachtree limb by its forked prongs, holding it out before him.

In my childlike way, I wondered what he was doing with the limb and why he held it at an upward angle out in front of him as he walked. On he went, gripping the limb and looking carefully down at the ground. He seemed to be concentrating in a very concerned way, and I kept very quiet, not daring to break his reverie or interfere with his strange actions.

He walked on in the low place in our pasture, many paces, the peachtree limb held upward as he gripped its forked prongs in both his hands.

Then, amazingly, the limb tipped over as if by magic, as if pulled by a gravity that defied reason. Daddy let the limb down to mark the spot where some force had pulled it. Leaving the branch on the spot, he went back to the fence to retrieve the shovel he had left there. Bringing it to the location of the peachtree limb, he began to dig.

I stood watching as he lifted shovelful after shovelful of dirt from the ground. He had dug down, maybe a foot or more, when, miraculously, a gushing stream of water came forth, bubbling like a fountain.

He had found a bubbling spring, buried underneath the soil right in our pasture. It was not long until water was flowing out. He dug deeper, smoothing and making a circular opening, and also digging a trench for the water to run away from its bubbling source.

Daddy had found a source of water. Most of that day was spent digging the spring deeper and shoring up this marvelous watering place, building a rock wall around it on three sides. He also went back to the house to get some lumber. He built a large spring box over the stream that flowed out from the bold spring. This spring box would be our “refrigerator” in the days before electricity came to our farm, the place where we would place our jugs of milk to keep them cold. Later, he would replace the temporary “spring box” by a springhouse, a more permanent building with space to set butter and other items, as well as the milk we needed to refrigerate. The water bubbling out from this marvelous spring was cold and clear, tasteful and pure. I had heard the story of how Moses in the long ago wilderness wandering days had struck the rock and water poured forth. My Daddy had dug into the earth at a certain spot and water bubbled forth.

Another necessary job was to erect a strong fence around the area of the spring so that the farm animals that were pastured in the same vicinity would not break through and trample on or otherwise molest this source for family water. As the summer moved along, he made the new spring an oasis, a beautiful place to go to fetch water, and a quiet, cool place apart where we could go and rest awhile from field labors.

When rains came again to water our valley, our well was restored to its former productivity. We no longer had to carry water in buckets the half-mile from the spring in the midst of the pasture to the house for our daily use. But we kept up the spring, kept the foliage trimmed from around it, and kept the springhouse as the place for our refrigeration until electricity finally came to the valley later on.

Today, with many seasons having come and gone since that bubbling spring was discovered that summer day in the 1930’s, I’m not sure if it still bubbles forth in the midst of that little dell near the elder bushes in our old pasture. In fact, the land has changed and been developed since those long ago days when a family was desperate for water.

In memory I think back to that day when in wonder I followed Daddy as he held his peachtree limb in front of him, and with a prayer on his lips went forth to find water. There was a name for the peachtree limb: it was called a ‘witching stick.’ And the person who held it just so to find water was called ‘a witcher.’ Thinking about it, it doesn’t sound so good, as if the person endowed with such a gift would have some power of a darker nature as bestowed by witches or seers. This method was also used to detect water deep beneath the ground as folks in our community sought to find the right spot to dig a new well. Whatever the power, whether of gravity working on the chemistry in a peachtree limb, whether coincidence, or whatever, it seemed to work.

Now there are technological imaging devices that declare a source of water before well drillers take their machines and quickly get to the source of water. But back in the days of our forefathers, they used what they knew in the ways common to their culture. And, miraculously, these ways seemed to bring the desired results. After finding the spring, we didn’t take water for granted any more. We thanked God for clear, pure water.

I hope you enjoyed Ethelene’s guest post as much as I did! Yesterday, as we enjoyed the first real soaking rain we’ve had in weeks-it felt like I could hear the waters of the deep being replenished. I know many people’s Labor Day plans were rained out-including the rest of my bunch who wanted to go to the big Labor Day race-but I enjoyed a day of being indoors listening to the rain and thinking of those waters of the deep.

As I listened I thought of how thankful I was for the rain-especially for the folks with dry springs or wells like Ethelene’s family experienced so many years ago. Today as the rain levels continue to rise and creeks are beginning to flood I find myself thinking of the Poor Man song-remember it? If you don’t just click on the words for a listen.

Don’t forget to leave Ethelene a comment-and I’ll make sure she reads it! 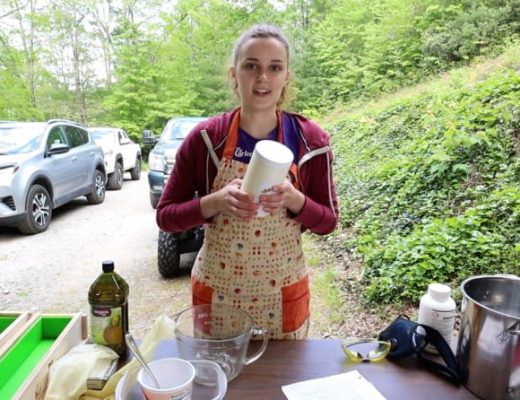 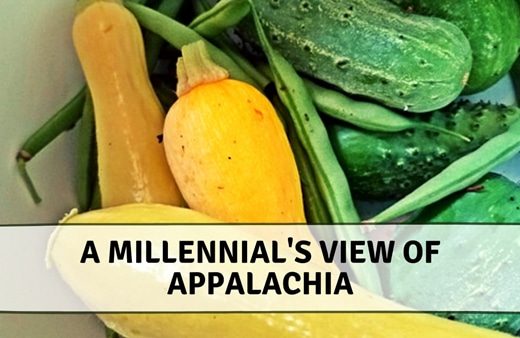 A Millennial’s View of Appalachia