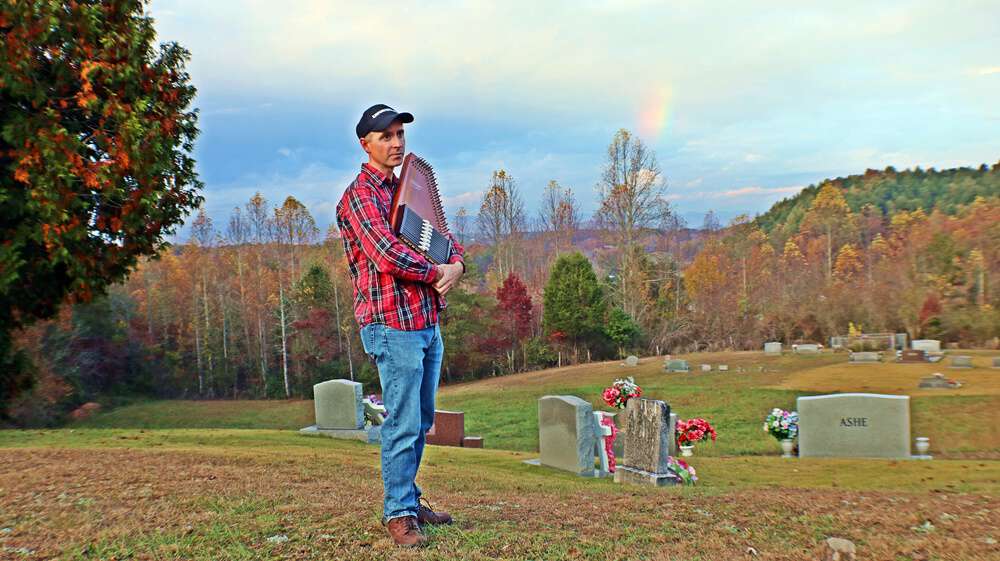 I learned The Kneeling Drunkard from Pap and my uncle. It was first recorded by the Louvin Brothers in 1958 and released the following year, according to secondhandsongs.com. That site lists Anita Carter and the other Carter sisters as the writers. Some sites list Anita alone. I always thought this was a beautiful and moving song. I really should have paid more attention to my vocal in the video below, as it wound up being flat in quite a few places throughout the song. I could have sung it much better, but I was more focused on getting to this location and filming before dark fell. I went ahead and uploaded it because I know that it will be a year before that level of autumn color returns to our mountains.

I wound up getting the instrument I used in a round-about way. Wayde Powell II bid on two at once on Ebay, not expecting to win them both. He sold this one to me for only $25. If you’re a non-musician who follows our channel or blog, and you’d like to learn to play some music, this instrument is easy to play. If you can keep time with a strumming hand and press buttons, then you can play this instrument. You only have to know which chord to press down and at what point in the song. Speaking of that, I missed one chord in the last chorus 🙂

This instrument is actually called a plucked zither and is part of the piano family, but it’s most widely known by the name of the most popular brand “Autoharp” which was designed by Oscar Schmidt. The Carter family made it famous and began or popularized the trend of holding it upright and cradled in the arms, rather than on one’s lap. This allows one to stand and play but can make the wrist tired on the hand that you’re using to press chords. These instruments are very affordable and are easy to tune if you have a chromatic tuner.

I went down by an old country church.
I saw a drunkard stagger and lurch,
And as he reached his mother’s grave,
I saw that drunkard kneel and pray:

“Bring my darling boy to me”
Was his mother’s dying plea,
And as he staggered through the gate,
Alas, he came one day too late.

Three years have passed since she went away.
Her son is sleeping beside her today,
And I know that in heaven his mother he’ll see
For God heard the drunkard’s plea.

I hope you enjoyed Paul’s video and his post. The Kneeling Drunkard is one of those songs that takes me straight back to childhood, church, and sitting in Granny or Pap’s lap. 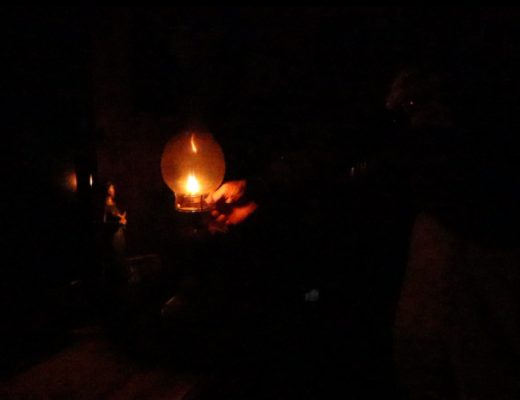 My Life in Appalachia 8 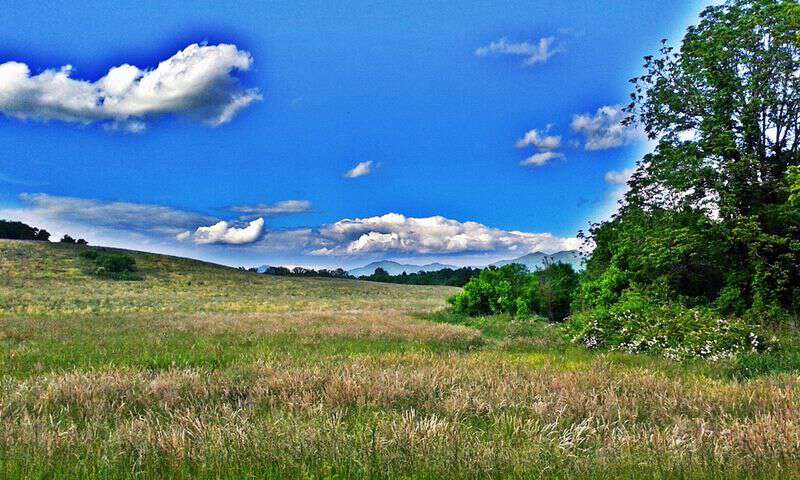