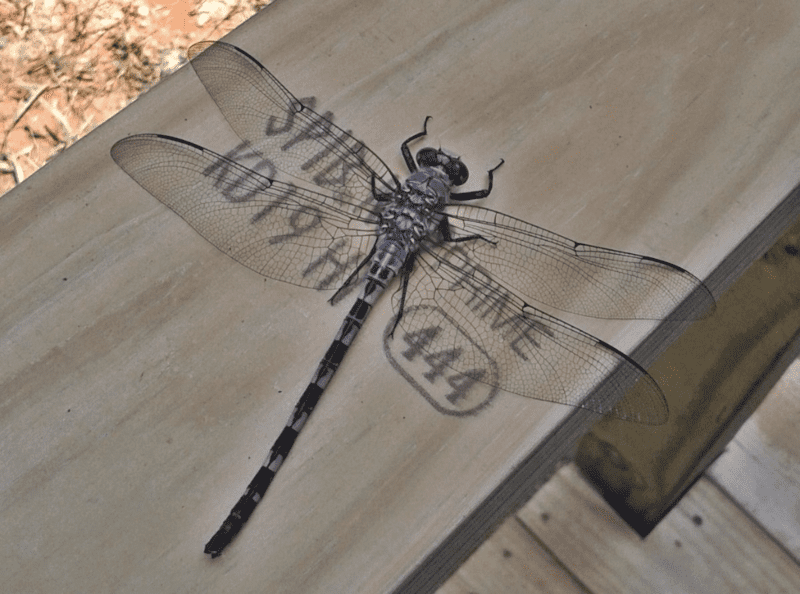 One day last week one of the girls spotted this dragonfly on the new wheel chair ramp The Deer Hunter built for Pap. It really stood out on the new wood. The position of the stamp makes it look as if it’s part of the wing design.

In many parts of Appalachia dragonflies are called snake doctors or snake feeders. Although I’ve read the terms in books-I’ve never heard anyone use them that I can remember.

Are you familiar with the snake doctor or the snake feeder usage? 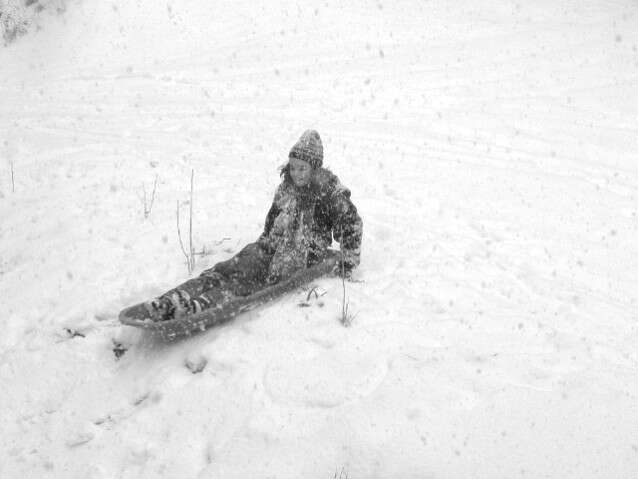 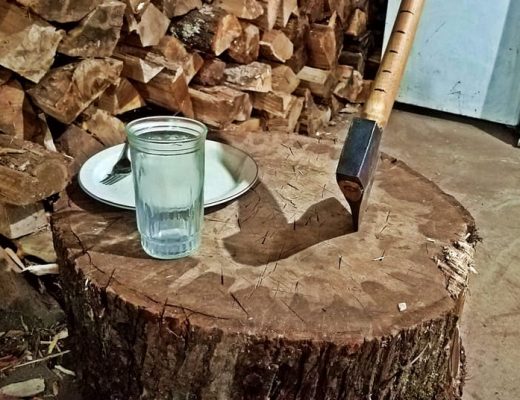 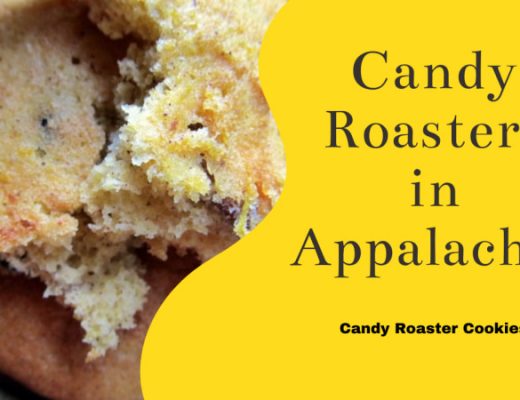