How To Make A Smoker 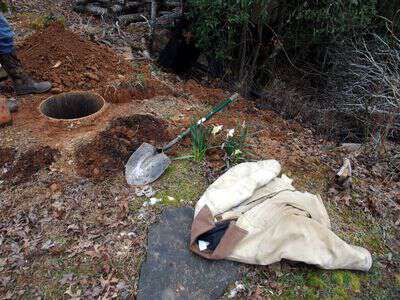 If you guessed The Deer Hunter was building a smoker-you were right! Several years ago, one of Papaw Tony’s friends made a homemade smoker-and after The Deer Hunter tasted what was cooked in it-he decided someday he’d make his own.

The smoker is an in ground design-meaning it uses the earth to insulate it while the meat is cooking. The neat thing about this design-you build a fire and use the coals to heat the pipe-which in turn cooks the meat. In other words you don’t have to worry about keeping a fire going or making sure you don’t run out of gas in the middle of smoking. 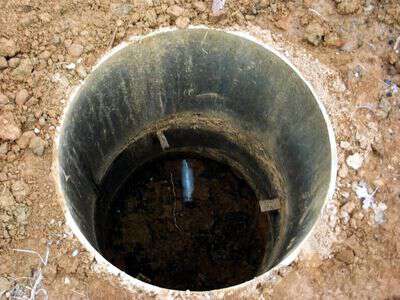 He got a 3ft long piece of metal pipe-with a diameter of about 24in at a salvage yard. About 10in from the bottom of the pipe, he welded 3 pieces of angle iron to form a seat to hold the grill up off of the coals. He completely buried the pipe in the ground-which = a whole lot of digging! The pipe serves as the main body of the smoker. 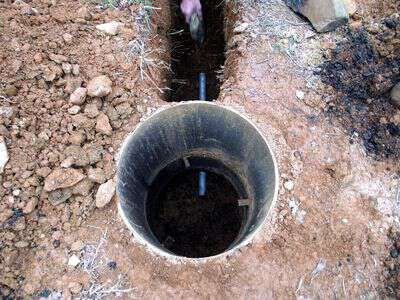 Next he dug a hole adjacent to the smoker on one side-so that he could insert a piece of metal pipe under the bottom edge of the smoker. The pipe will allow air to feed the fire.

He built a chimney of sorts to hold the air pipe in place and to block the heat from escaping on that side of the smoker. 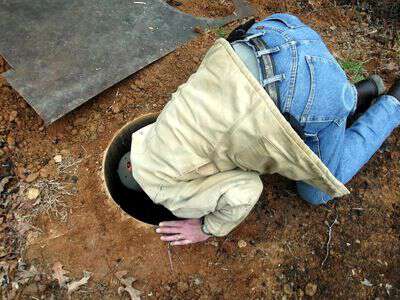 The Deer Hunter got a sheet of 1/8in. metal at the salvage yard too. Using an acetylene torch he cut a circular piece from the sheet to make the grill or grate to sit the meat on.

Then as luck would have it-the tank went dry before he could cut out a circular shape for the lid of the smoker. Not wanting to give up on his plan of dining on something good-he deicided to continue and worry about the lid when he got to that point. 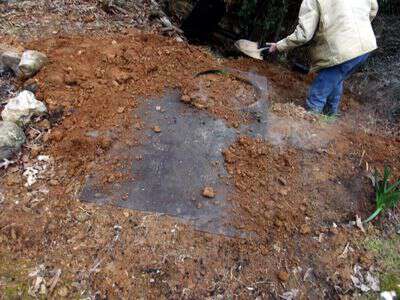 The Deer Hunter got a fire going in the bottom of the smoker-and kept it going for a few hours to get a really good bed of white hot coals.

While the fire was burning, The Deer Hunter went inside and got the meat ready. He took a whole chicken and a pork boston butt-seasoned each up with a tasty concotion-then wrapped each individually in aluminum foil. 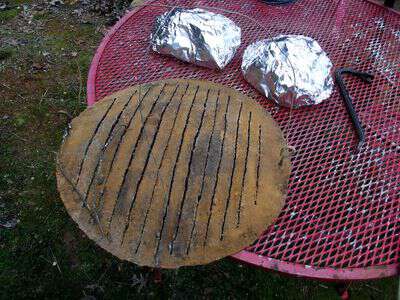 While he was inside fixing up his fricassee-I stood by the fire warming my fingers and toes. Then before I knew it-he was back with the meat.

He carefully placed the grate-loaded with meat-down into the smoker till it rested on the brackets. By this point-the fire had burned down to a good bed of coals.

Then it was time to figure out how to cover the hole tightly-since torching a lid was out. He decided to just use the entire piece of metal for this smoking session. Using the dirt he had dug out of the holes-he covered the entire piece of metal until the smoker was sealed up tight. It was easy to see if there were any leaks-as smoke would begin to rise out of the dirt.

And that was it. He finished up the project about 5:30pm. We went in-cleaned up-and forgot about the meat until the next morning. 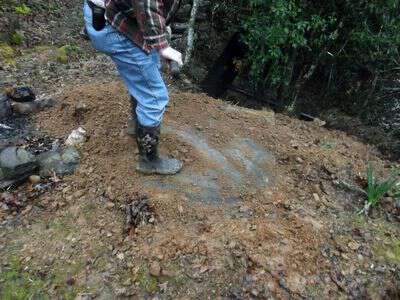 At about 8:00am the next morning, we went to check out the meat. The Deer Hunter scraped off the dirt-while I snapped annoying pictures in his face.

Once he lifted the piece of metal off-I couldn’t believe the smoker was still hot. And once we were back in the kitchen-I could not believe how good the meat was! Oh my-talk about melt in your mouth.

The whole process might seem burdensome-but it really wasn’t that bad. And once he gets the top cut out-it will be even easier the next time we use the smoker. But honestly-the meat was so good that I think he’d do it again and again even if he had to cover the entire sheet of metal every time.

The Deer Hunter said he was going to tinker with his design-so stay tuned for updates on the smoker. 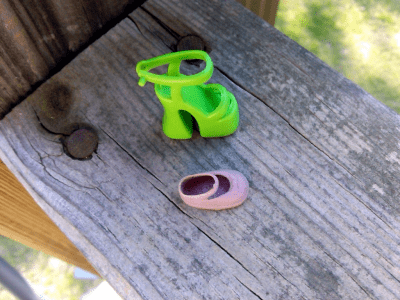 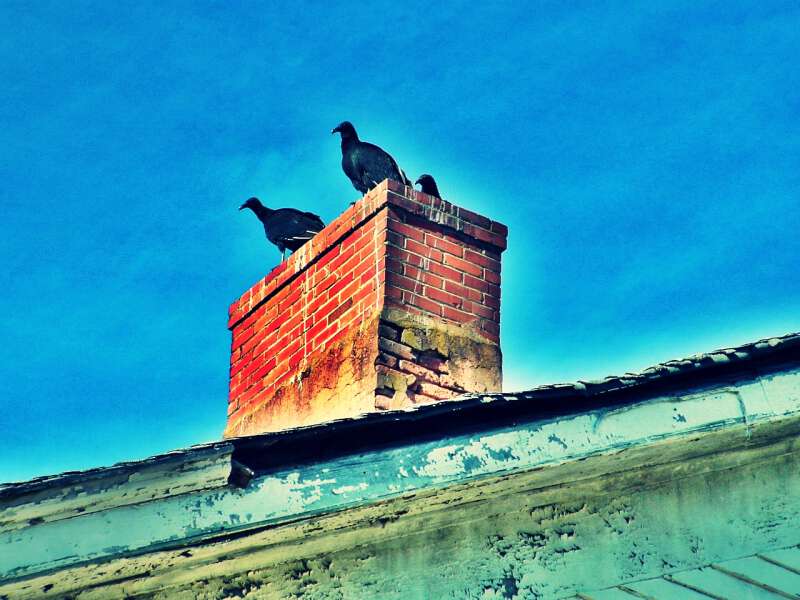 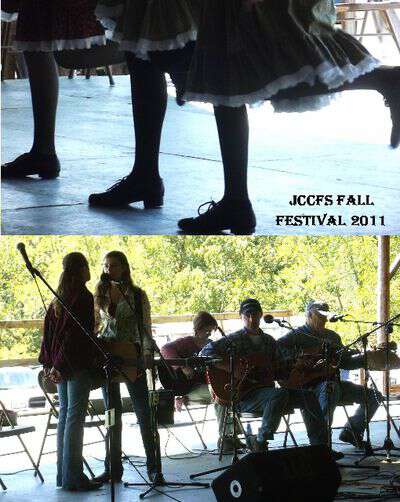