Playing with Dynamite – The Bunker

Beanie’s dad Luther worked for a time at a quarry over in Sandy Mush. Quarries used dynamite to blast rock into pieces that then were crushed into gravel. Sometimes sticks of the dynamite or the detonation caps that were supposed to explode didn’t function properly. Part of Luther’s job was to find and gather up all these dangerous materials. His bosses didn’t want to reuse any of it, so they gave it to him. He brought home boxes of dynamite and detonation caps. The caps often had insulated copper wire still attached. He had miles of this wire. He would sit by the heater and strip the insulation off the wire and save the copper to sell. Sometimes he twisted the wires together into a bundle from which he made copper bracelets.

Me and Beanie were in our early teens around this time. The world was our oyster. We were invincible. we had access to dynamite and the means to set it off. Parents in that area and that era, unlike today, were not “helicopter parents”. They told us the rules and set us free. They expected us to be responsible for our own safety. Luther explained how to handle the dynamite, how to use the caps and then turned us loose on the world. Somehow, we survived. And the world too!

While out tramping around the woods Beanie had stepped into what we later surmised was the remains of a failed mine entrance. It was mostly filled with leaves. We decided to pull out all those leaves and see what was back in there. It took a couple of hours, but we finally got it cleared out. The opening was so small that we had to belly crawl to get inside but once we were in it opened up enough that we could halfway stand up. It went back into the mountainside for about ten feet. The floor of our bunker was loose dirt that had fallen from the ceiling and could be easily removed. The entrance needed to be enlarged enough for us to crawl in on our hands and knees. We didn’t want it any larger because we didn’t want anyone else to find it. The interior needed to be expanded to allow room for more than just the two of us. We hoped to make room for a fire and planned to somehow make a hole up through the ceiling and out to the surface so the smoke could escape.

We went home, gathered up some tools and returned to the jobsite. We cleared the opening first, then dug our way toward the back. The farther we went, the harder it got. One of us had to go in the hole, dig a shovel full of dirt, and pitch it out through the entrance while the other one scattered it down the mountainside. There was no room to swing a mattock or a pick inside. There was no room for a long-handled shovel. The back wall was even harder material, what we called sandrock. Harder than dirt but not quite rock. With the tools we had we were scratching more than digging. We needed something that would move material easier and faster. We had it! Remember Good Times? Remember Jimmie Walker? Dyn-O-Mite!

The next day we returned with the needed supplies to begin our blasting operation. We had a few sticks of dynamite, some blasting caps and enough lead wire to extend to a safe distance away. We brought a hammer and a piece of steel rod with which to drill holes in the back wall of our inner sanctum. The only battery we had was out of an old Jeep that Luther kept in the barn. That thing was heavy! I carried the battery and Beanie carried everything else.

We commenced our drilling operation. It was not as we expected. We didn’t have a proper drill and the more we pounded the rod the more it packed the sandrock behind it. After an hour or so of “drilling” we had managed to make a hole deep and wide enough to put one stick of dynamite almost completely in. Instead of drilling deeper we decided to load the hole then pack dirt over anything that protruded. We strung the wire as far as it would reach. We removed the safety shunt and attached the legs of the cap to the lead wire that ran to where the battery sat. We were ready!

Keep in mind the dynamite, the caps and the wire were all “used”. They had gone through a blast at the quarry and had survived. Or had they? Were they damaged, were they “duds”? Did the battery have enough “juice” to set off the charge? We were about to find out!

Beanie had chosen to detonate the blast. I reasoned that it was his dynamite after all, so I didn’t argue. I donned my ear protection (my hands). Beanie needed both his hands to touch the leads to the battery posts. He touched one lead to the negative side and held it there then slowly reached to positive with the other one and touched it. We both flinched but nothing happened. Was it the wires? The cap? Was the battery too weak? We decide to scrape the battery posts hoping a better connect would render a better result but fully expecting another failure. If you expect to fail but instead succeed, you have failed no matter the outcome. Beanie repeated the procedure.

A tiny spark jumped from that battery and in the same moment a voluminous roar filled the valley. Rocks, dirt, roots and billowing smoke erupted from our little enclave and rained down into the bottom of the holler and onto the far hillside. We had been successful.

In case you do not know, the smoke from a dynamite blast will give you a splitting headache among other things. The active ingredient in dynamite is nitroglycerine. It’s something about the nitroglycerine dilating the blood vessels in your head that caused the terrible headache. Nitroglycerin is used in medicine for angina pain. It’s strange that it relieves pain in your chest but causes it in your head.

We waited outside for half an hour before attempting ingress and should have waited longer. We both ended up with a headache but not before we surveyed the results of our efforts. An explosion seeks the path of least resistance therefore instead of breaking up the sandrock as we had hoped, its energy was emitted from the mouth of our cavern. It blew out a hole in the back no deeper that what we had drilled and about as wide. It’s contents and the dirt we had packed in front of it, as well as everything loose, in the tunnel were ejected.

It took us a half a day to get the dynamite, wires and battery to the jobsite and in place. It resulted in the removal of the same amount of material we could have broken up and thrown out in about 15 minutes outerwise. Plus, we both went home with a bustin headache. Me and Beanie learned something that day that we would be able to use in later life. I’m not sure what that something was but I’m sure it was something.

There are more “Playing With Dynamite” tales if anyone is interested in reading about them.

I hope you enjoyed Ed’s post as much as I did! And I certainly hope he’ll share more of his dynamite stories with us.

Last night’s video: The Role of Gospel Songs in Traditional Appalachian Music | Oh What A Savior. 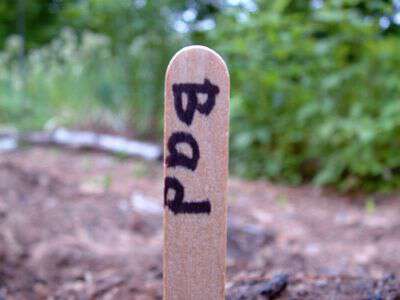