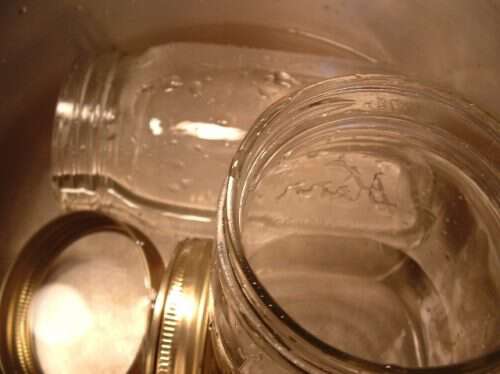 All the comments left on the Bonnie Clabber post got me to thinking of other ways folks use milk to make do. There’s butter and all manner of cheeses that can be made with milk. Another money saving way I use milk is to make yogurt.

When the girls were babies, their pediatrician suggested I feed them yogurt do to some reflux issues they had. They loved it and as they grew older, yogurt became one of their must have foods. They became notorious for their unusual way of eating it. They basically smeared it on anything else that was served.

Back in those days I knew people made their own yogurt, but never got around to trying it myself. About a year or so ago I stumbled upon this recipe and it seemed so easy I thought I’d give it a try. I’ve been making it ever since. 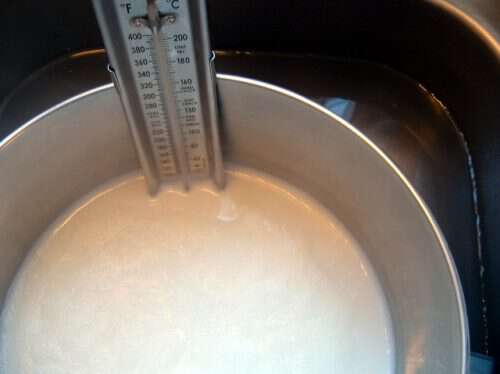 Pour the milk into a heavy sauce pot-and heat to 185-195 degrees (Fahrenheit).

While the milk is heating-take 4 canning jars along with the lids and rings-and boil them in water-to sterilize them.

Once the milk reaches the right temperature-take it off the heat and sit the pot in a sink full of cold water. Allow the milk to cool to 120-130 degrees.

After the milk has cooled, add your yogurt starter, and if you’re using sugar and vanilla add it too. Mix well. 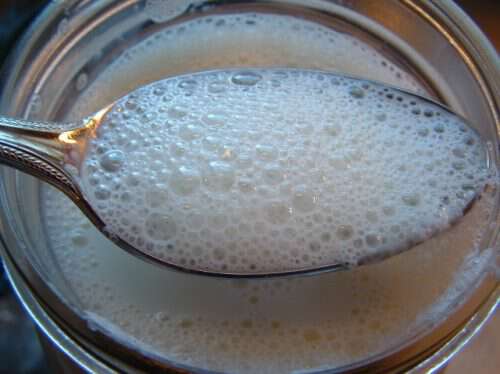 Now-pour the mixture into the sterilized jars. The texture will be better-if you take the time to get most of the little bubbles on top out.

Add your lids/rings and place the jars into a cooler. You’re supposed to heat a gallon of water to 120-130 degrees and add it to the cooler. Instead I run a little more hot water into the pot of water I sterilized the jars in and pour that into the cooler. 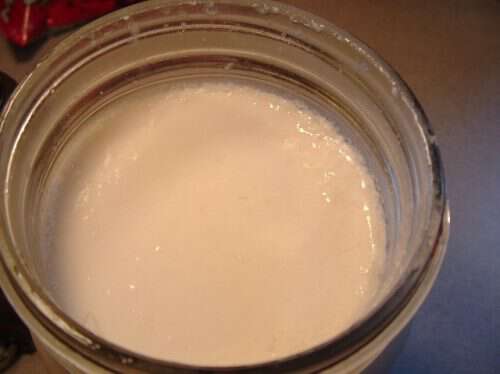 Remove the jars from the cooler and refrigerate.

A couple of notes:

Do you like yogurt? Have you ever made it? 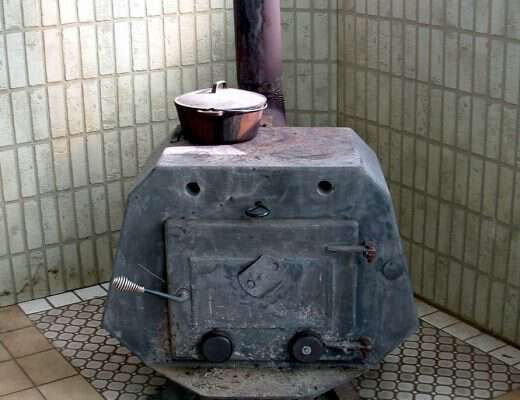 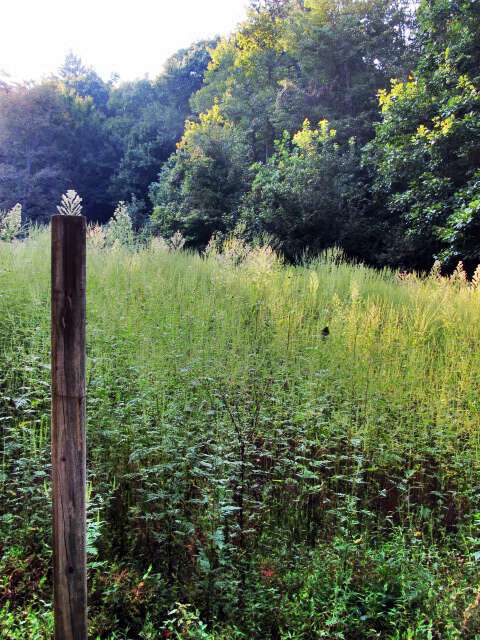