Ghosts at the River 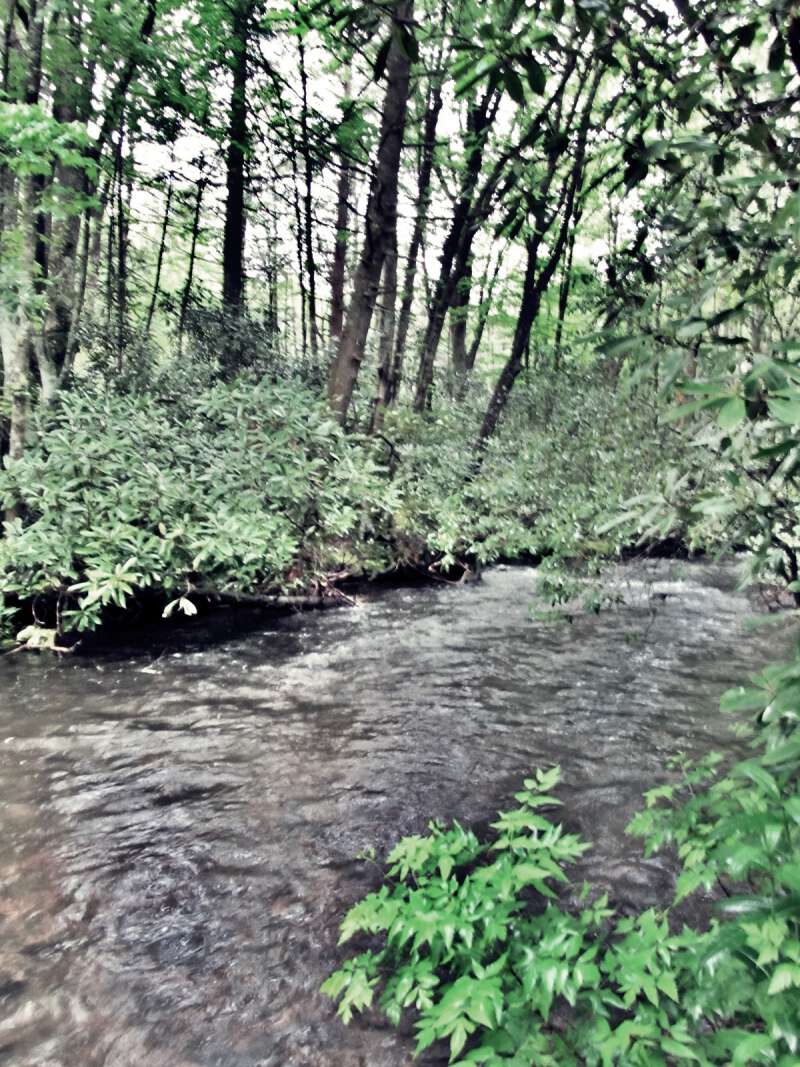 Ghosts at the River written by Garland Davis

It happened on a clear night shortly before Halloween when I was a little boy. I think I was ten or eleven years old. I remember it well. It was the night the ghosts talked Grand Pap into whipping Uncle Buddy and me.

Seven or eight of my cousins, my brothers and I wanted to camp out overnight down by the river. Our parents said okay as long as Buddy stayed with us. Joe Davis Jr. (AKA Buddy) was four years old when I was born. He was more like an older cousin or brother than an uncle. Since buddy and I were the oldest kids, our folks gave us the responsibility of overseeing the activities along the river.

Our parents provided three or four packs of weenies, buns and mustard. We also had a box of graham crackers, marshmallows and a couple of Hershey bars each. We were set for a big night on the river.

It was between a quarter and half a mile to the area we had selected for a campground. Buddy had a large square of canvas that he and I pulled over a rope stretched between two trees and pegged the corners down, creating a tent like structure to sleep in. We each had a quilt to wrap up in.

We set up the camp, gathered stones for a fire ring, pulled up logs to sit on, laid in enough dry wood to keep the fire going all night and settled in for a memorable night. The fire was started, after a couple of arguments about the best way to do it. My cousin Tony, a Boy Scout, tried to start it by rubbing sticks together and got mad when someone else struck a match and set his sticks on fire. This almost started a fight until Uncle Buddy threatened them with bodily harm.

Once the fire was going and the sun was sinking low, we settled in for supper. Weenies were roasted, hot dogs were consumed and marshmallow and chocolate sandwiches were eaten as the mosquitos began snacking on us. Green leaves and water plants were thrown onto the fire to create smoke. I don’t know whether it bothered the mosquitos more than it did us. It did seem to help a bit with the skeeters.

At sunset, as the dusk settled, my little brother and my cousins began to hear things moving in the woods. There was talk of alligators, ghosts, haints and painters (country for haunts and panthers). Buddy and I added to their unrest by periodically exclaiming, “Did you hear that! What’s that noise?”

Buddy says, “I’ll bet it is the haint of Jim Westmoreland and his four boys that drownded in the river back a few years ago. I’ve heered it said that if’n you call out their names, they will come and set with you.”

We were all quiet. One cousin, began crying, saying, “Don’t call them. I’m scared. I don’t want to set with no haints,” as the wind shook the leaves in the trees. By this time, I think staying close to the fire and the dark was the only thing that kept them from running for home.

We all gathered closer to the fire, one cousin adding more wood. I said, “Don’t use up all the wood, it’ll get dark and they will come for sure.”

I joined in calling, “Franklin, Junior, come sit with us.”

My youngest brother begins crying, screaming “I want to go home.”
Buddy and I are laughing. The others are caught between laughing or running. More wood was thrown on the fire. By this time, we had a veritable bon fire going.

I threw a stone into the river and yelled, “They’re coming, I hear them in the river!”

My youngest brother wet his pants. The other brother and he broke for the path toward home, both screaming bloody murder. The others took off behind them leaving Buddy and me. Laughing, we put the fire out and followed the path back up to Pap’s house.

Pap was on his way to feed his pigs as my brothers and a stream of cousins came screaming into the yard and house. Half of them had wet or messed their britches. They all had tears and snot running down their faces. Their mothers ran to comfort them while their dads were laughing saying, “They held out longer than I thought.”

It seems that a great flood of the river in the early nineteen hundreds had relocated the river from a point near Pap’s place to its present location. The Westmorelands had drowned just down from Pap’s hog pen. He had been feeding his pigs when Jim and his four boys appeared out of nowhere and told him. “Joe Davis, stop, them boys from calling us. I thanks they need a good hidin’.”

When Uncle Buddy and I got back to the house, Pap took his razor strop down and whipped our butts for disturbing the ghosts.

I hope you enjoyed Garland’s story as much as I did. As a once backward skinny little girl who was sometimes aggravated to death by older cousins I find myself smiling that the ghost of Jim Westmoreland instructed Pap to whip the boys.