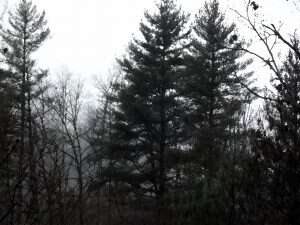 The first time I ever met Mary Lou McKillip she was telling a story about an old hound dog. She had my rapt attention from beginning to end. As she told the story, in my mind I pictured a few of Papaw’s hunting dogs like Smokey and Old Blue. I knew right then Mary Lou would be a perfect person to interview.

Mary Lou was born on April 13, 1942. With a hearty laugh she told me she was born Indian style-at home. She said “they would have at least sent for the doc but there was a big snow on the ground.” Since Mary Lou was the youngest of 14 children, I’m sure her Mother knew enough to handle things on her own anyway.

Several months after I first met her, I sat down with Mary Lou and her husband Truman to ask her a few questions.

What are the biggest differences you see between the days of your childhood and today?

Oh I would say tv and the other material things children have today. Of course when I was a child most folks lived on a farm and that meant chores for everyone in the family even the children. There were hogs, chickens, and cows to tend too. I never mastered ringing necks nor milking either one. Even with the work we had lots of fun too. We had a bingo game most every Saturday night and people would come together to play and visit. Every 4th of July everyone would take a picnic down to the river. Mother had a lard bucket with a hole cut in it to cook with. Family and neighbors would play horse shoes and eat together.

Seems like you told me you were the youngest of a large group of siblings?

Yes there was 7 girls and 7 boys-The Lord’s number on both counts. I was the baby of the family. A lot of the older ones were married and gone from home long before I came along. I was a little spoiled since they knew I’d for sure be their last one. My Father doted on me and couldn’t really bear to punish me. One time Mother was going to give me a whipping and I run and climbed up the apple tree to get away. My Father was sent to get me down and finish the job. He got me down but that was the end of the whipping.

Don’t you play the piano?

Yes I’ve been playing since I was 13 years old. My family was very musical. My Mother played the organ. I’ve been singing since I was just a child in Mother’s arms. One of the tales they told about me was me singing and Mother’s trying to quiet me by putting her hand over my mouth. I just kept right on singing through her hand.

Is there a memory that stands out in your mind that you’d like to tell me about?

Ever since I was big enough to know what it was I wanted to go to school. One day I was out playing in the yard and I slipped off from Momma and went to school. I had memorized a little book called Bright Eyes. The teachers all thought I could read! Of course they soon found out I couldn’t and that I wasn’t old enough to be there. But even though I wasn’t enrolled they let me come to school the rest of that year.

Can you tell us anything about the current events of the time-what sort of things were going on in this area when you were a child?

Mother and Father had 5 sons and 3 son-n-laws in WWII so that made a big impact on our daily lives. Of course most families had loved ones in the war. You could hear people praying on the surrounding ridge tops, praying for God to spare their sons, praying for the war to end. I remember the joy we felt as the end of the war was announced on the radio.

When did you start writing?

I was about 16 years old when I started writing poems and songs. I wouldn’t let hardly anyone read them. My Daddy encouraged me to send them off to magazines and such. As an adult I’ve always said I’m the bumble bee writer. Haven’t you heard Bumblees can’t fly but since they don’t know it they do? Well I’m the bumble bee writer-I can’t really write but since I don’t know it I do it anyway.

What is your life like now compared to when you were a child?

We still grow a garden and put food up. Truman promised me when he retired he’d help me with my writing, and he has. As a whole I’m afraid the people of Appalachia’s trust in people has changed over the years. We used to never even lock our doors and a deal could be made just by a handshake now you have to have it all down on paper and approved by lawyers. So much change makes tears come to my eyes when I think about it all.

What does Appalachia mean to you Mary Lou?

It’s such a serene place, my roots run deep. I wouldn’t take anything for my childhood here. My heart is in the Appalachian Mountains.

I hope you enjoyed my interview with Mary Lou. She told me “I just love everybody that’ll let me love’em.” I say the world needs more of the kind of love Mary Lou’s got to offer.

Leave Mary Lou a comment and I’ll make sure she reads it. 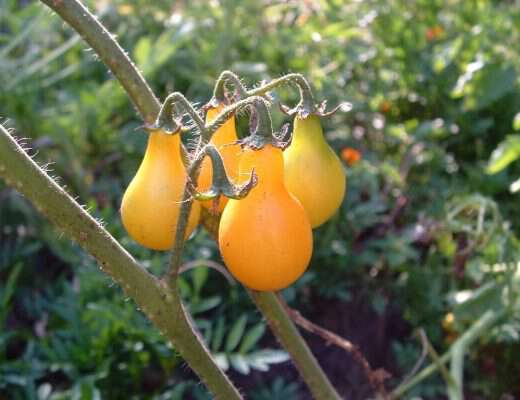 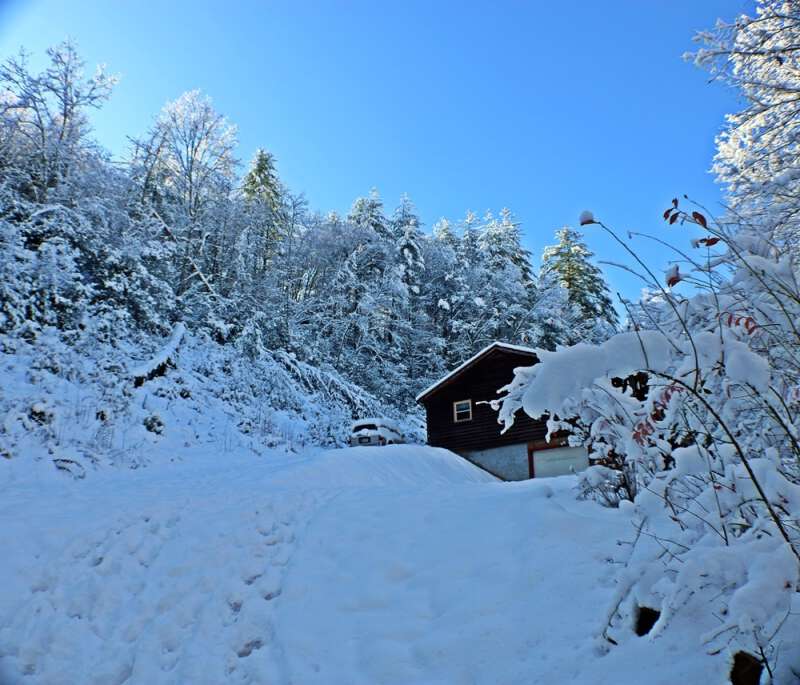 I Got My Snow!