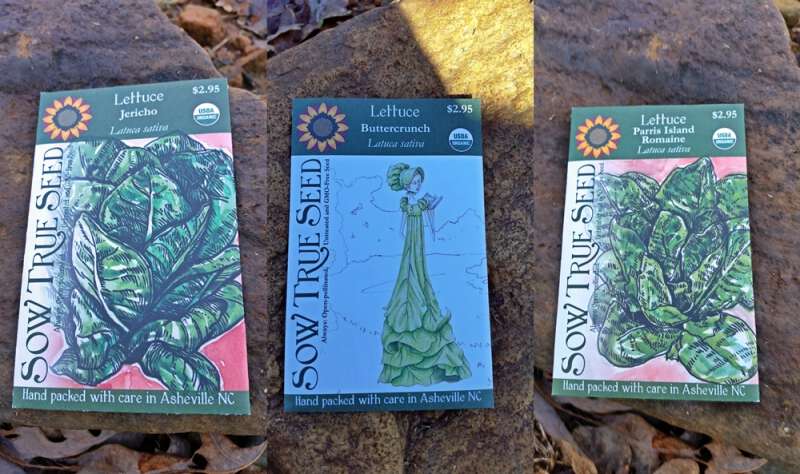 This year Sow True Seed graciously donated extra lettuce seed so that I could deputize @ Large Lettuce Reporters during the fall gardening period. There are 12 folks taking part in the lettuce reporting including me.

Here’s a short update from a few of the reporters. 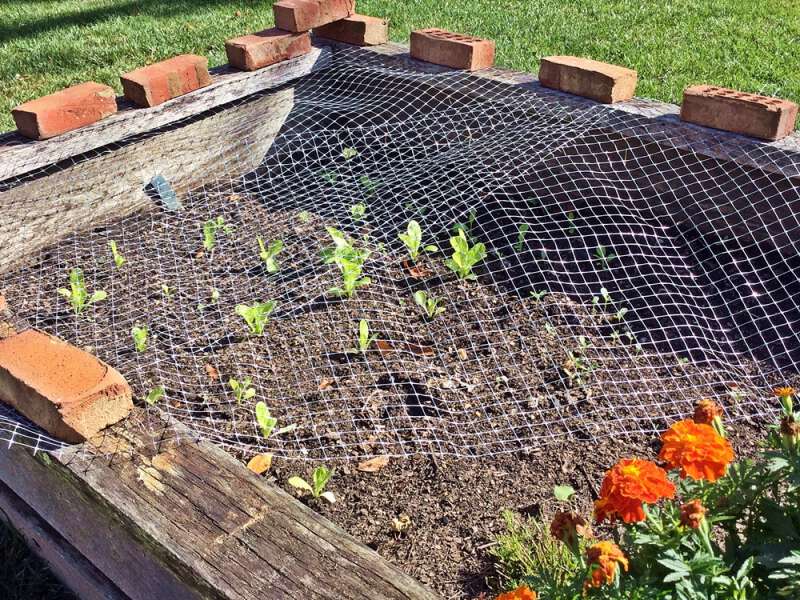 Linda Krieger: A half package of Jericho sowed 9/18.  A couple rows are hidden by shade.  I’ll thin out that cozy patch as soon as they are bigger and handle better. Only 36 more days to maturity. Hope the deer stay away! Lord knows there are enough acorns, hickory, and beechnuts for them to eat. 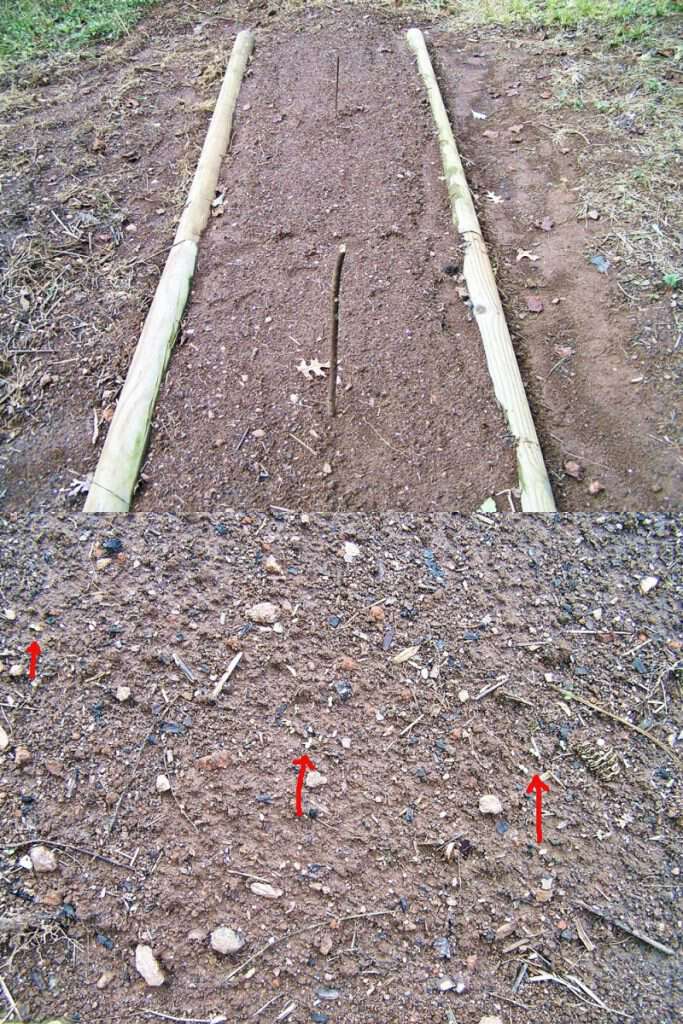 Ed Ammons: It had been so dry here that I put off sowing the lettuce until Saturday the 7th. The Weather Channel was calling for rain on Sunday so I figured I had to get while the gettin was good. I cleaned off and tilled the place where I wanted to put the bed. I used some 4 in landscape timbers to outline the bed. As I was just finishing the bed it started to rain. I thought “a little rain ain’t going to hurt me” so I kept going. Like a fool I had brought the seeds out and laid them on a roll of fencing that was sitting there. I forgot they were in paper envelopes and so by the time I had the bed ready they were soggy.

I took the seeds back in the house and dried them with a hair dryer then hurriedly went back out in the rain and planted some of both the Jericho and the Buttercrunch. As you would know, as soon as I got done the rain stopped. It didn’t rain again until Sunday afternoon.

That’s when Nate dragged his tail across us. We were lucky here and the power when off for a few hours but a mile or two away they got a tornado. Trees and power lines were blown down and roofs were damaged on Connelly Springs proper. Over on the other side of Mineral Springs Mountain several houses lost roofs and one was blown off its foundation. One guy that Dusty went to school with was trapped in a closet when the roof caved in on him. He had his cell phone on him and was able to call family and friends to come and dig him out. EMS came and took him to the hospital but he was released later Sunday night. He is OK.

A volunteer firefighter Jason Keith Hensley from Drexel was hit and killed by a drunk driver while he was trying to clear storm damage from the road. His is the only fatality I know of from the storms.
When I checked on my lettuce just a few minutes it looks like some have come up already if it ain’t weeds. I took some pictures. 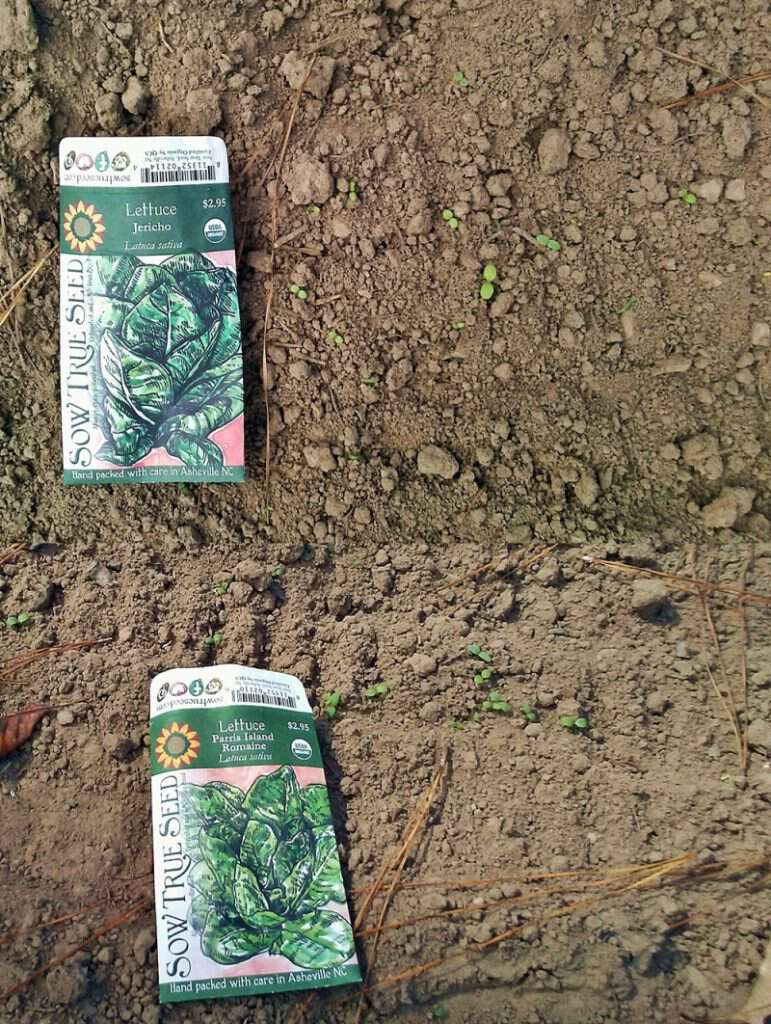 Joanne & Ben Nelson: Just a quick note and a couple of pics to let you know how the lettuce seed you sent is doing in our climate and garden environment. We planted the seed on October 4, 2017. First noticed a few sprouts on October 8th. We didn’t use any type of fertilize when we planted, but will be side dressing on a regular basis with a totally organic fertilize.  We will do the first side dressing in a few days.  There is fertilize already in the soil from our summer garden. We like to wait on fertilizing lettuce and other small seed plants until we see whether or not there will be a good stand of plants.

Ben, my husband checks the plants each morning and evening and he says there will be a good stand of both varieties.  I think I will have to dig up and transplant some of the plants when they get a bit larger. I guess I planted them a bit thick.. lol.  I used a spice jar with a sprinkle lid.  The wind was blowing somewhat that day and blew the seed around.  We saw some sprouts in the middles between rows.

Now to climate conditions:  As you know, we had hurricane Harvey come through in late August leaving us with over 22 inches of rain.  After Harvey, the weather turned hot again which is not good for lettuce.  It remained hot until the very end of September.  On Oct 4 it was a good planting date. We felt the temperature had moderated enough that we could plant the lettuce and by the time it starts growing the weather would be cooler.  As to rainfall after Harvey it has been sporadic.  We got 4 inches the week prior to planting the lettuce and then 1/10 of an inch the day before we planted.  We will have to water the garden in the next day or so if it does not rain.

Our soil is sandy loam that we add leaves and other organic matter to when we have it available. We also fertilize with an organic fertilize.  We don’t use chemicals like pesticides on our gardens.

Just for your information, the daytime temps right now are between 82 and 87.  The nighttime temps are now solidly in the mid 60’s.

I’ve included two pictures of the lettuce.  One picture of each variety.  My husband took close-up shots of them both so it doesn’t show the whole row. He laid the seed envelope for each variety by their corresponding plants.  I hope this gives you the information you need.  If you have any questions, feel free to ask away.

We are so enjoying doing this experiment for you.  Perhaps we will find a lettuce variety or two that we absolutely love.

Thanks again for including us in the experiment.

SuzyJ: As a gardener at large for you I have a short update. I planted Jericho and Parris Island romaine. I am reusing straw bales that my squash used earlier this year. They have all started to sprout and are still in the seedling stage 🙂  This rain has certainly helped them along! Will start thinning, as painful as that is for me to uproot a growing plant!, as soon as they mature a little more. 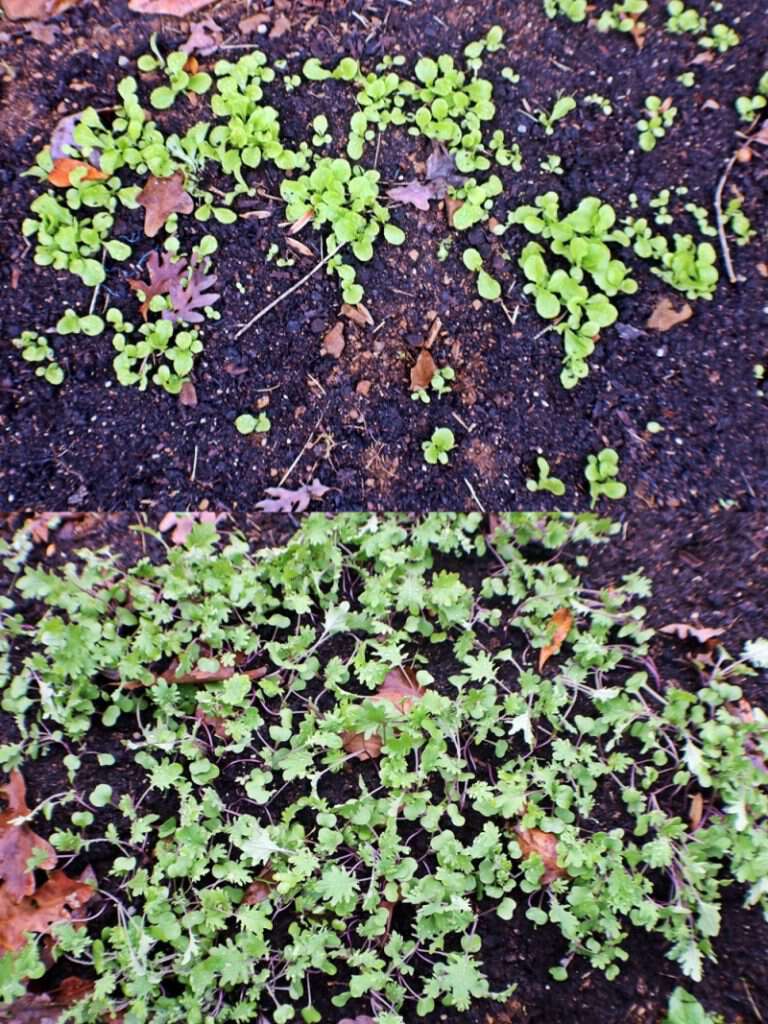 Tipper: My lettuce, and the kale I planted on the same day, are coming along.
I’m excited about having fresh lettuce during the coming weeks. And if my fall kale does as good as it usually does-the chickens and I will still be eating it come spring. 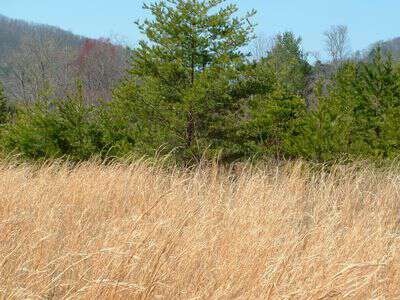 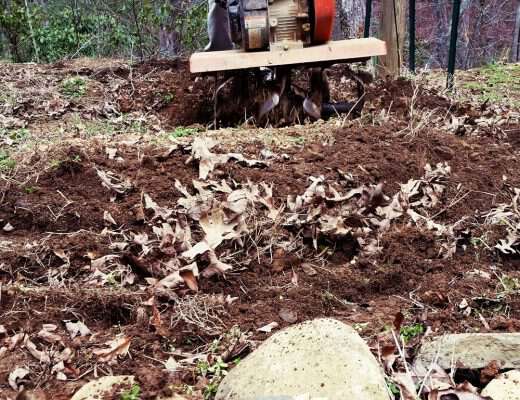 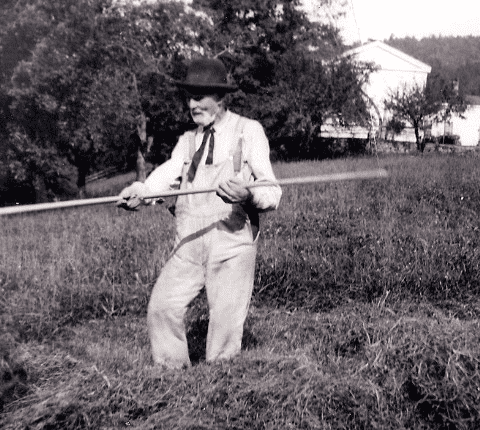