Jenny McCord was a pretty little girl. Her long blond hair hung down over her shoulders and her eyes sparkled with life. They were as blue as the sky. She was a skinny little ball of energy, doing everything with enthusiasm. Her family moved into the community when the fifth-grade was beginning.

At school the girls picked on her because she was poor and they called her a Tom boy as she chose to hang out with Chipmunk, Punky and me to talk about huntin’ and fishin’ rather than playing with the girls. The days she was in school, she was one of the brightest students in our class. But many days, especially during the rainy days of winter, she missed school because the old rundown house she lived in was down a long rough lane that would flood if there was much rain, making it impossible to walk to school.

Jenny’s dad was a sharecropper who would become a full time trapper and woods roamer as soon as the crops were harvested in the fall. The old sharecropper house they called home was a board and batten wooden shack that had seen its better days. The inside of the old house was papered in old newspaper and it was heated with a large wood-burning cook stove. They were poor but Jenny never let that hold her back. She was a wood’s girl and proud of it.

During recess one cold, windy, December day, Chipmunk, Punky and I were sitting on the sunny side of the school, out of the wind, planning a squirrel hunt for the following Saturday. It was to be a contest to see who could get the most squirrels.

“I want to be in on that contest,” a high pitched voice broke in. There stood Jenny in her flour sack dress wearing an old army field jacket to keep her warm.

“No girl could ever keep up with us on a squirrel hunt,” Punky snapped at her, “this is a serious contest and besides you have to have a rifle to join in.”

“At squirrels running in the tops of the leafless trees?” Chipmunk questioned.

Jenny, with fire in her blue eyes, issued a challenge. “Let’s set the rules, if I don’t kill the most squirrels by ten o’clock Saturday morning, I will write the January theme paper for each of you who beat me,” she said with authority, “For those of you I do beat, they will have to each write a theme paper for me.”

I grinned at Chipmunk and Punky and we agreed.

After we all shook hands sealing the rules and Jenny walked off. Punky said with a laugh, “This is almost too good to be true. That sharp sharecropper will be a writing machine for us.”

Saturday morning we three boys all met at daybreak at Mr. Green’s barn not far from Jenny’s house. Chipmunk had brought his dads tree dog, named Dog, a little fox terrier that was known all around Tater Knob as a top squirrel dog. The hunt was to occur in a hardwood bottom near the barn. When the dog treed, we would all go to the tree, start shaking vines and rubbing on trees to get the squirrel moving in the tree tops. It was then up to marksmanship as to would get the squirrel.

Soon Jenny walked up looking like a boy in her patched jeans, army surplus boots, and army field jacket that was too large. Her blond hair was tied back in a pony tail and she was wearing an old Jones style hunting hat. She carried a Montgomery Ward single shot .22 rifle that had seen its better days long ago.

“Let’s get started,” she said with excitement as she patted Dog’s head.

Us boys grinned at one another and said nothing as we walked off towards the bottom.

Before we got into the woods Dog was treed up a big beech tree. He was so excited that he was trying to climb the tree. Reaching a nearby gum tree I grabbed a big grape vine and begin pulling on it hard.

“I see him,” Punky shouted and there was a snap of a rifle. The squirrel tumbled to the ground and hit with a thump near my feet. “Score one for Punky,” I said. “Not so,” explained Punky, “Jenny got it.”

Five minutes later Dog treed again. We all begin running to the tree to be the first to see the squirrel. Suddenly there was a snap of a rifle and somewhere out beyond the tree another squirrel hit the ground, graveyard dead. I looked to see who shot. Jenny, smiling, picked up her squirrel. Chipmunk looked at me and shrugged his shoulders.

It was another 45 minutes or so before Dog treed again, this time in an old water oak. We surrounded the big tree and started looking for the small hairy ball that would identify a squirrel hiding in the top of the tree. We shook vines, and beat on the tall oak with dead limbs, no squirrel. Dog was barking with enthusiasm so we knew there was a squirrel up there somewhere.

Suddenly from a large fork in the very tip of the tree three squirrels emerged jumping from limb to limb. A quick snap from one of the rifles dropped one of the squirrels. It was that Jenny. I shot and missed. Punky and Chipmunk both had autoloaders and they were shooting as quickly as they could.

Another snap and the second squirrel was on the way to the ground. It wasn’t me, I was reloading, Chipmunk had just shot his last shot, and Punky was changing trees to lean against. It was that Jenny, again.

As we three boys looked on with our mouths open, Jenny completed her third shot and she had all three squirrels. “Who is this girl?” we thought.

The rest of the morning went that way.

All through Christmas break Chipmunk, Punky and I reluctantly worked on papers for Jenny. If we did a good job on the papers she had agreed not to tell anyone about the hunting trip. I just about wore out my mom’s dictionary working on that theme paper.

I hope you enjoyed J. Wayne’s post as much as I did. That Jenny sure showed them 🙂

To find out more about J. Wayne and his writings visit his website here. 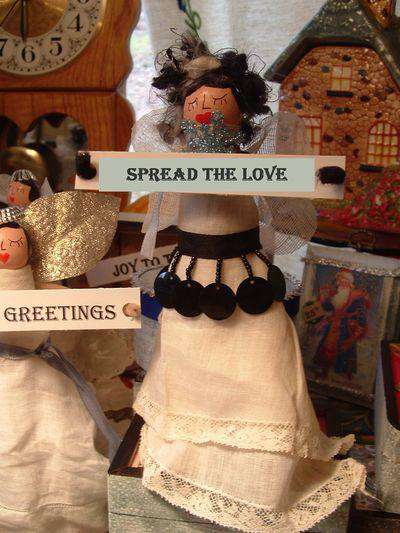 Spreading The Love For November 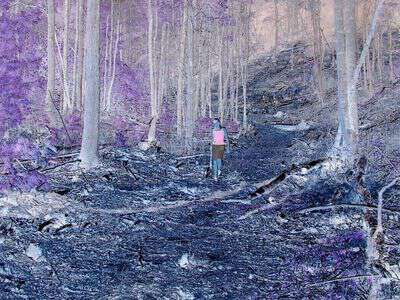