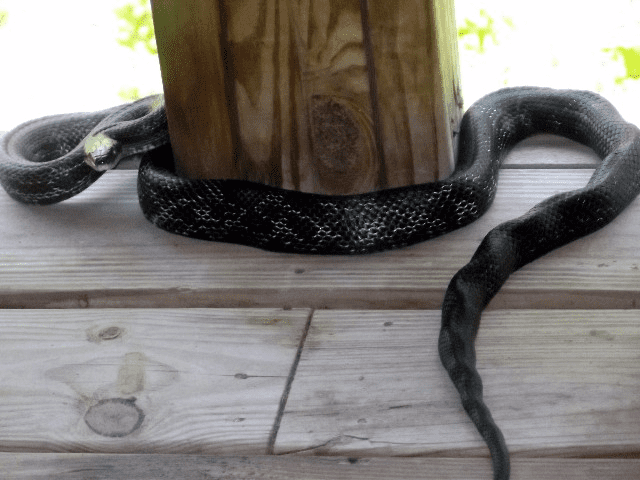 Last weekend Miss Cindy came over to visit, as she was leaving she found a snake on our front porch. We all ran out to see it and by then it had wedged itself between the stair runner and the wall. I said I bet it’s after the baby birds. The Deer Hunter said it’s just a King Snake leave it alone. Miss Cindy went on her way and we all went back the house.

A few hours later Chitter discovered the snake was indeed after the baby birds. A few sprays from the water hose sent the snake off the porch into the yard and over the bank.

I couldn’t resist telling the girls “You better watch out it might be a hoop snake or a black racer.”

As long as I can remember I’ve heard stories about hoop snakes and black racers.

The gist of the hoop snake stories: a black snake loops itself into a hoop and then goes rolling after whoever disturbed it. Some versions claim hoop snakes have stingers on their tails to sting you.

Along with hoop snakes and black racers, Appalachia also has stories about joint snakes. Although the stories aren’t as common, the gist behind them is a joint snake can break itself into pieces and then put itself back together again. I guess the breaking of joints is a defense mechanism of sorts. 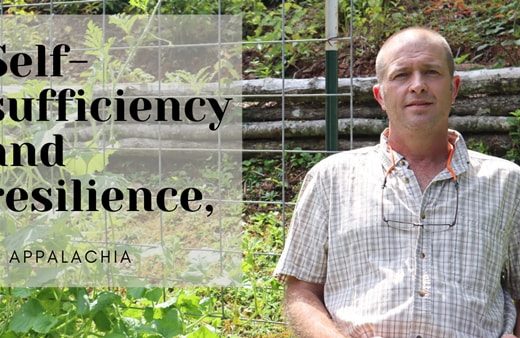