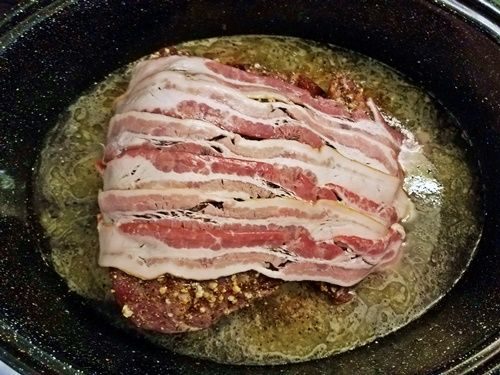 Even though we love to can the deer meat The Deer Hunter harvests, he always leaves a few hams whole for us to cook. We always have one at Christmas and at Thanksgiving and every once in a while we’ll have one during the rest of the year.

Papaw Tony learned a basic recipe for cooking a deer ham from a lady down in Georgia where they hunt. Over the years The Deer Hunter has tweaked it to his liking.

Place deer ham (roast) in a roasting pan or other baking dish. Pour about a half an inch of water around the ham.

Place a stick of butter and a tablespoon of minced garlic in a pan and cook until butter is melted. Pour mixture over deer ham.

Cover ham with bacon. Toothpicks can be used to secure the bacon strips and keep them from curling up as they cook.

Drizzle with honey and a dash of apple cider vinegar.

Cover deer ham and bake at 220 degrees for nine hours.

The Deer Hunter usually puts his ham in the oven about nine o’clock at night and by morning its done.

If I wake up in the night I can smell the wonderful aroma of the deer ham. It’ll about starve you to death just smelling it. We all love deer hams, but I believe Paul likes them most of all. He said if he ever had to request a last meal it would hands down be The Deer Hunter’s deer ham. 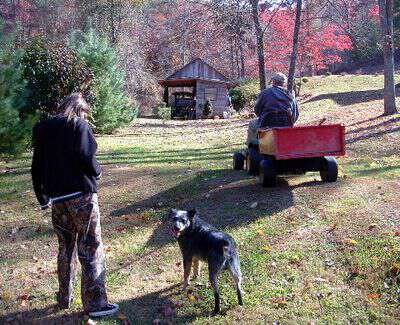 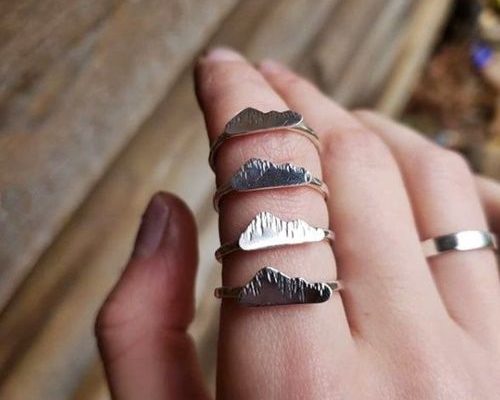 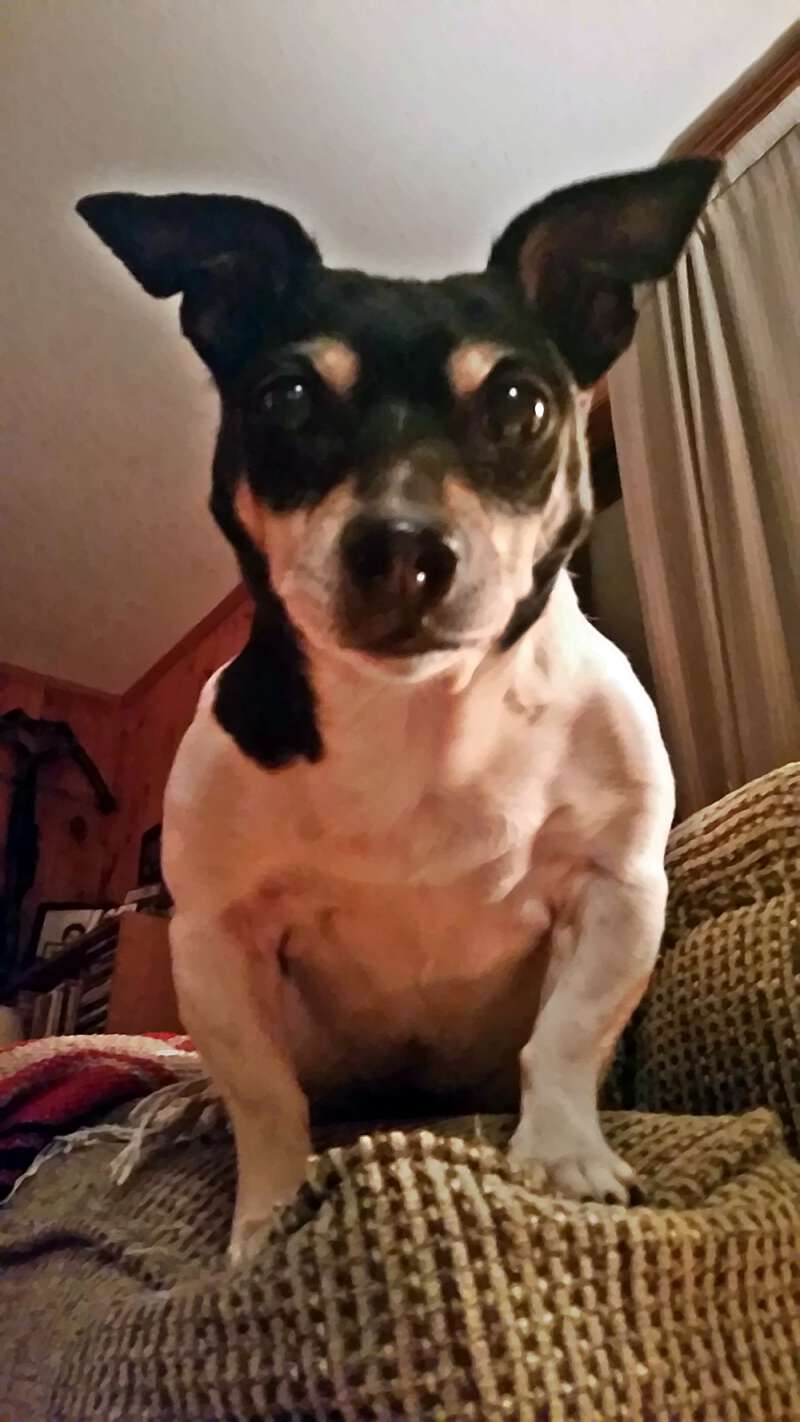 Listen to my Whippoorwill